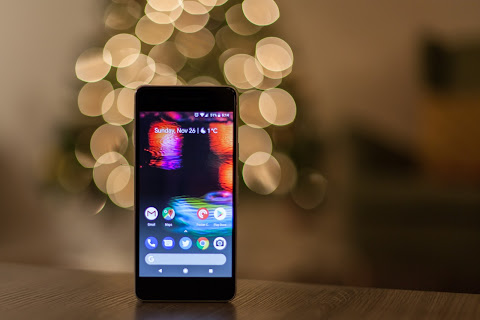 Photo by Stephen Frank on Unsplash

If I were a better-organized person -- somebody more like Eric Wagner, say -- I would have read ahead after I did my last blog post on Prometheus Rising and gotten started on the exercises. Instead, I'm afraid I waited until Sunday to re-read Chapter 16 and look at the exercises at the end of the chapter.

I have one more crack at the chapter in three weeks, so instead I'll talk about which exercises I'm now taking on, and report back in my next post.

I am most intrigued by two. The first exercise says, "Start collecting evidence that you phone is bugged."

Since phones have become a more important part of everyone's lives since that sentence was written, thanks to the rise of smart phones, I will modify that slightly to collect evidence people can get all sorts of information from my cell phone.

Exercise 4 states, "Try living a whole week with the program, 'Everybody likes me and tries to help me achieve all of my goals'."

Depending on how I do with the exercises, I may try to tackle one or two others before I post again.

Chapter 16 of course deals largely with the SNAFU principle (i.e., communication is only possible between equals). I recently read a book about a key World War II battle, Stalingrad: The Fateful Siege by Anthony Beevor, and one of the elements I noticed was that the battle was a particularly decisive victory for the Russians because Stalin did a little bit better job of overcoming the SNAFU principle than Hitler did.

Perhaps because the first year of the German invasion was such a disaster for the Soviet Union, Stalin was forced to listen to his generals when he finally realize Zhukov could actually win battles for him, so when the Russia counterattack and encirclement of the German army was proposed, he listened and approved the plans.

Conversely, the German army did so well in the early years of the war that Hitler became convinced he was a military genius. When the German army was trapped in Stalingrad and needed to break out to save itself, Hitler would not listen to the advice of his generals and would not allow it, dooming the army to be wiped out.

I plan to re-read the chapter again. One thing I noticed was that parts of it could be interpreted as shedding light on how social media mobs operate. "True conspiracy does exist when a group conceals evidence, spreads deliberate misinformation and coerces or terrorizes witnesses. Any affinity group approaches such behavior to the extent members reinforce each other's participation in the group's reality-tunnel, especially concerning such crucial epistemological matters as what is important enough to notice and discuss as against what is trivial and better ignored." It seems to be coercing and terrorizing people with dissenting views is a part of the social media landscape.

Finally, there is interesting discussion of UFO theories in the chapter, and if that interests anybody, I would again recommend Adam Gorightly's Saucers, Spooks and Kooks book.

I usually take the assertion, "communication is only possible among equals" as indicating that one needs to go to the level of the person or group one wishes to communicate to for it to have a chance of working. That seems obvious when attempting communication with a child. Less obvious with adults. I would guess most people mistakenly assume everyone receives at the same level one communicates from, not so. Perhaps this explains one reason for the earlier exercize about determining what circuit various people operate out of. When you sense where they come from, you can communicate more effectively. Poor communication can result in devastating circumstances. Did anyone make any kind of attempt to go Putin's level and communicate there? I mean, other than telling him what a naughty boy he appears and we won't play with him anymore if he doesn't behave like we want?

The effort to overthrow the last U.S. presidential election seems like a conspiracy that fits all the criteria of the last RAW quote in Tom's post. A stupid and ineffective one, at least in 2020.

I sometimes feel like I arrived on the wrong "civilized" planet when certain individual power possessors like Hitler and Putin can sentence thousands of people to death due to their vanity.

Exercize 2: "everybody gets a letter occasionally that is slightly damaged. Assume that somebody is opening your mail and clumsily resealing it."

Just yesterday I found an envelope adressed to me, from some family abroad. It was a late birthday card. The envelope was slightly damaged and had a sticker saying in two languages "inspected by customs according to article 156 of the Customs Act no 88/2005". I had not even been contacted in any way to be asked for my consent. This never happened to me before. That was me discovering that the country I live in managed to secure the right for the government to legally spy on its citizens and inhabitants (I do not hold citizenship of the country I live in, could that be a reason?). I do not consider this to be a good use of my tax money.
Or how to make sure indeed that "growing numbers of citizens will regard the government with fear and loathing."