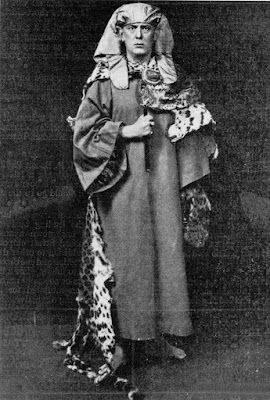 Welcome to week 13 of the Group Reading of Cosmic Trigger. This week we are covering pages 98-102, in both the Hilaritas edition & the And/Or—Those mysterious Sufis, as well as a little flashback to last week and beyond, in particular the chapters Starseed and Sirius Rising.

Regarding Starseed, in the past week I have unearthed a few relevant web artifacts that shed a bit of light on the events in the chapter. The first is the short (26m) film that Bob mentions seeing “Shortly after the telegraphic flashes of Leary (July-August 1973) ended.” You can view that film in full here and see that Tim does indeed flash his “Love-Peace-Bliss grin,” and then go on to introduce the world to the concept of the Starseed, Leary’s “proof” that “cellular intelligence is not exclusively earthly.”

Which brings us to this text and video documenting the recent discovery of chiral molecules in interstellar space near the center of the Milky Way. Interestingly enough, in the 43 years since Leary’s Starseed announcement, molecules essential to life on Earth have been found in meteors and comets to the point perhaps of a certain humdrum attitude regarding their existence. Apparently the discovery of a “hefty dose” of these little goodies equal in mass to 80% of our humble planet has renewed research into how life on Earth may have been “seeded” from far far away away.

Jumping back another week to Sirius Rising, it occurs to me that we are now entering the Dog Days, which traditionally run from July 3—August 11, 20 days before and after the moment of direct alignment between Earth, Sol, and Sirius which occurs on July 23. (Click here for more information regarding the relationship of Earth, Sol, and Sirius.) This got me wondering if any of you all plan on tuning in to the Sirius current in the weeks ahead. Bob writes that on July 22, 1973 he listened to tapes (self-made I assume) of John Lilly’s Beliefs Unlimited and Aleister Crowley’s Invocation of the Holy Guardian Angel, “without drugs, but with prolonged and holy rituals or Tantric sex-trance.” Please note that you can find the complete text to Lilly’s Beliefs Unlimited by clicking the “show more” tab after following the link.

Am I the only one who sees a golden opportunity for some solo/group work involving telepathy and interstellar communication? Comment please!

And now let’s dive into Those mysterious Sufis.

At this point in his life narrative, the Author appears to be wandering deeper and deeper into Chapel Perilous, that “place” where none of your previously useful maps appear to match the territory, at all, at all. Entities, interstellar telepathy, planetary consciousness, near-death experiences, the metaprogammer, thought projection, cognitive dissonance, the Holy Guardian Angel; Bob is all over the place trying to figure out just where he is.

To top it off, Illuminatus! remains unpublished, even as the daily Watergate headlines mirror the “totally evil and devious government” that Wilson and Shea had dreamed up, while two novels covering similar territory (Gravity’s Rainbow and Mumbo Jumbo) have beaten Illuminatus! to publication. Meanwhile,  Bob is sinking deeper and deeper into the morass of poverty.

Meanwhile, the Author traces the Illuminati back to the Ishmaelian sect of Islam (Hassan i Sabbah), which has ties with the Sufis. Interestingly enough, this information comes from one Arkon Daraul (which Bob misspells as Akron), which is a pen-name of Sufi historian Idries Shah, who gets a quote a paragraph later which the Author uses to bolster his “Higher Intelligence from somewhere else” thesis. 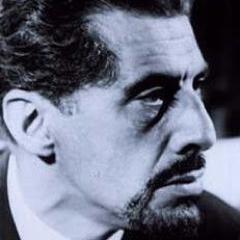 At this point “the Fool entered the belief-system in which the Illuminati were Sufis living in the Western world and continuing this Millenia-old contact with Higher Intelligence,” and Bob promptly had a “weird experience with a Sufi.” This moment in the narrative seems key, taking place as it does high up in Tilden Park, overlooking the entire San Francisco Bay Area, and centering on the Shaman’s recognition that a clown who went by the name Parsifal was performing certain Sufi exercises designed to activate Higher Consciousness.

This is interesting to me because it is the Sufi heart-chakra exercises that ultimately bring the Fool “back to life,” although perhaps I am jumping ahead of myself. Another interesting aspect of this moment is that his interaction with Parsifal is aided by both of his companions—Bill Broadbent, who insists that they hang at Tilden park a bit longer even as Bob wants to leave (giving Bob time to recognize Parsifal as a Sufi), and Greg Hill (co-writer of the Principe Discordia) who initiates contact with Parsifal after Bob recognizes him as a Sufi. 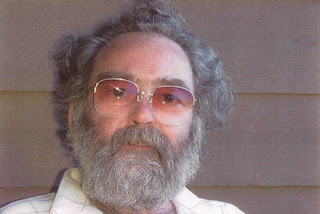 There is a neat bit of pre-cognition involved here, as well as the introduction of  “The Great Work Accomplished” (the total awakening of all humanity), to which the Author seemingly dedicates the rest of his life.

Next week we will be covering pages 102-115 Hilaritas, 102-114 And/Or, A message from Cosmic Central, and Some Egyptian gods…In the meantime, please chime in with any plans you may have for making good use of the next 6 weeks of Dog Days, as well your thoughts regarding Chapel Perilous, lack of accurate maps, and Sufi (or other) exercises you have utilized to help regain a sense of “True North.”
on July 04, 2016

Ah, those sweet innocent days when we thought Nixon was "total evil combined with total stupidity."

Wilson's representation of "Sufis" in this section appears largely based on Idries Shah's representation of Sufis from his books. Peter Lamborn Wilson (Hakim Bey) was highly critical of Shah's portrayal of Sufis effectively saying that it wasn't genuine, that he had mixed it up with a lot of his own colorful fabrications.

I have to wonder if RAW knew he presented only one picture of Sufism because twice he refers to them as "The Sufis..." (p. 100 - 101) when he could just as easily have said "Sufis ..." "The Sufis" is the title of Shah's major work on Sufism so when RAW writes "The Sufis..." he refers to the book perhaps moreso than to the general field of Sufism, maybe. "The Sufis' is the book I mentioned to Bey that drew forth his criticism. It's been suggested that RAW's knowledge of Sufism went no further than Shah's imaginative accounts, but this appears factually wrong, to me. Don't be fooled by appearances. The first time I heard RAW speak in the flesh, he was introduced by Lamborn Wilson.

p.100 "... if he had finally arrived at the bottom of the heap in America, the True Failure, (Americanus Nondesirabilis)." I love the irony of writing this on the 4th of July. That whole paragraph is loaded with qabala and alchemical metaphor - superficially it reads like he's lamenting the tragedy of his plight while looked at another way, he's delivering esoteric instruction related to the Fool (tarot) and Crowley's "sexual yoga," explicitly mentioned in the next paragraph). It also relates to the opening graffiti quote of this section: "A man without God is like a fish without a bicycle."

I've often wondered about the details of the conversation with Parcival. How much information was transmitted for RAW to later be able to try to find him again? I, also, wonder how many groups RAW was associated with during the era chronicled in CT. Sufi connections?

My perspective of the Sufi current is colored by an early interest in Master Fard Muhammad, and the doctrines passed through the Moorish Science Temple, Nation of Islam, and the Five Percenters. They all propagate the meme of an inner divinity as oppose to an external entity.

I've not tried rituals focused on Sirius during the Dog Days. While participating in a CT reading group, sounds like great fun!

This seems like an opportune time to point to one of my favorite contact with higher intelligence stories, the one from Nick Herbert:

Rafi Zabor also criticizes Idries Shah's writings on the Sufis. I have become more and more interested in Sufi thought over the past eleven years, especially Ibn 'Arabi.

I liked your post. You have clarified this in an exceptionally straightforward and understanding way. I just loved your way of presentation..Its something unique.
You have begun the post in a notable way..Really liked it..Your approach to this post is unique and appreciating.