1. Weather permitting, leave the house, go outside to the street and look around. How much of what you see would have existed if humans had not designed and built it? How much that "just grew there" would look different if humans had not cultivated and encouraged (or polluted) it?

2. Look at the sky. If you can distinguish stars from planets, can identify some of them, etc., try to forget this knowledge and imagine how the sky looks to very intelligent animals without human science. Then look at it again with your knowledge of astronomy back in focus.

3. If a meteor passes, how does it make you feel when trying to see without scientific glosses? How differently do you feel when you allow  yourself to remember what you know of meteors?

4. Go back inside and discuss this:
If all TV shows about the police (about 20 a week in most areas) went off the air and instead we had an equal number of TV shows about landlords, would this change the average American reality-tunnel?
In how many ways would the reality-tunnel change?
What would Americans "see" (or remember that they now tend to ignore? What would they become less aware of? What would they become more aware of?

5. Try to figure out why there are so many TV shows about police and virtually no shows about landlords.
Who decides this? Why have they decided it this way? (Attempt to avoid paranoid speculations or grandiose conspiracy theories, if at all possible.)

1. I actually got out of the house today and went for a walk. Pretty much nothing other than the sky (even then...) is without human influence, in part and in whole. the only thing that remans the same is the biological compostion of plants (even then...) it depends of far you are willing to go (which leads to holism - everyting influences everything else, where humans just seem to have a little more influence than most).

2. I do this quite often anway, and it completely overwhelms me. its very easy to see the reverence of early humans when faced with this kind of mystery and our need to give it meaning and make it human.

3. it has been years since I saw a meteor I think I was a kid.

4. A very interestin question, which would take me an entire essay to write about.

5. the reason i think there are more programs about Police is because police are paid by taxes and they have to be shown to be doing something, it also gives security to the people who want police and fear to those who are "criminals"(and to annoy those who feel police are unnecassery, corrupt or both), and somebunall people love car chases and the cheesy narrators.

1. The building in which I work is surrounded by other university buildings (laboratories, library, classrooms, etc.) and so the influence of humans is all around. Interestingly, there are photos of this part of campus from 125 or more years ago, and all that was here was prairie and farmland, the former not much due to human intervention (although even that is debatable, with what we now know about the Native American presence on the land) and the latter entirely the result of human artifice. Hard to know what this place would look like if it "just grew here" since almost everything I have seen in my life is covered in human fingerprints.


2. I imagine the sky looks much the same to intelligent animals as does the rest of their visual experience. In other words, I don't think there is anything about the sky that screams "dig me, I am the sky!!" (except maybe the giant flaming eye that provides light and warmth). I do how one powerful memory of looking at the night sky while on Ayahuasca in the California foothills. I could see the depth of the night sky for the first time, actually see it, rather than mentally project "outer space" onto the black dome of the night sky.

3. I once experienced a meteor shower in a clear night sky in the the Rocky Mountains, and it blew my mind. Little flashes of light, streaks in the night sky. Knowing that meteors are "just" space rocks and junk didn't effect my appreciation one whit.

4. Interesting example, given that Spike now hosts a "reality TV" show (oxymoron, anyone?) about bad tenants and their landlords. What would change? What would stay the same? Well, our current national propensity to see police as untarnished good guys might give way to seeing landlords as untarnished good guys, for one thing. Maybe we would see people attacking one another with eviction notices, rather than guns and tasers, in movie theatres...

5.For me, it is difficult not to enter into "conspiracy theory" territory when discussing television, since so many decisions about programming are made by a vanishingly small percentage of the populace in order to rent the eyes of the viewers out to sponsors. Who decides? Media execs make the final call (see the story from Rod Serling about the decision to serve coffee or tea in a TV drama sponsored by Sanka). On what do they base their decisions? Sponsor preferences, since sponsors are the real customers; cultural stereotypes, because these will not challenge prejudices (some of the insider comments on Negativland's album Dispepsi are very telling in this regard); issues that are popular in mainstream society at a given time. Why cops and not landlords? Well, again, it is hard for me not to think too "conspiratorially" about this. As Hakim Bey notes, police in the media used to be portrayed as bumbling idiots, at the same time that police were openly used to harass working class people who struck or threatened to strike. Once working class folks made some gains, police morphed from clueless enemies into everyday working people and became the friend, not the foe, of the working man. In the "War on Drugs" 70s and 80s, police characters became mouthpieces for political rhetoric that saw civil liberties as superfluous and the Bill of Rights as a collection of loopholes (even as drug dealers and Arabs become the personification of all things evil). As the economy tanks, and more and more people lose their homes (in part due to unpunished criminal machinations on the part of the banks, who finance the politicians--there's that conspiracy thinking again!), I think we'll see more shows about landlords, in which they are the good guys and tenants (see link above) are the bad guys.

4. If there were many shows on TV about landlords, Americans would more easily recognize how economic forces govern their lives, and how the well-off are in a much better position than people who are not well off, i.e. who don't own much property. I do think that a well-written show would illustrate how government at times tends to favor property owners but at times interferes with the legitimate use of property.

5. American TV is dominated by life and death issues, i.e. the murders in the cop shows and the struggle to save patients in all of the medical shows. The difficulty with fictional landlord shows is that it would be difficult to find ways to easily dramatize the struggles of the tenants and landlords.

I stepped outside of a Subway on Saturday and looked around. Most of my environment seemed shaped by humans. I saw trees and grass, well taken care of and very different from what I would have found there a hundred years ago, I suspect.

I looked up at the sky. The sun must have seemed very mysterious to folks without any concept of modern astronomy . Hail Apollo!

In terms of landlords, I think of the one on Three's Company. Cop shows tend to show most cops as heroic, a very different view of cops from that on Straight Outta Compton or in Against the Day by Pynchon.

I am currently at a training exercise in a unfamiliar ecosystem so I have no idea about the local plant life, and how it might look without human interaction.

I can not identify much in the way of constellation but I can differentiate between stars and a few planets. I can't seem to imagine what I might think they are without science. I might be able to conceive them as being similar to the sun but I'm not sure. I may be giving myself too much credit.

Seeing a meteor would definitely make me think there was a "living" or "conscious" attribute to stars.

Reality tunnels would definitely change. I think they would be more aware the life of a landlord and be able to differentiate good ones from bad ones more easily. Really it depends on what about the landlords the show was showing.

I think producers know what people will watch fairly well. People being arrested is always a crowd pleaser. Otherwise there would be no market for police tape. I remember a study that proved crime dropped in a area based on the number of patrols done on specific streets. It's possible shows about police could have similar benefits but don't think so. I only mention this as a possible reason communities might show police shows more often.

Although I live in one of the more populated cities in Montana, I feel lucky to live so close to wildlands where humankind has relatively little impact. Actually, I've had people tell me that I should feel lucky to live in The USA at all since we have such vast areas of undeveloped land whereas certain nations in Europe have had more time to develop and thus have less wilderness. I wouldn't know because I haven't traveled to Europe.

I began thinking about forests, skies and stars differently, thanks to Marhsall McLuhan, when I began thinking about media differently. It seems like everything these days in mediated by humankind in one way or another. Just take forestry, a way of regulating the logging industry, etc., that turns our wilderness into a form of media. What does the forest enhance? What does it obsolesce? How does it reverse and what does it retrieve? I don't know, Marshall, I don't know.

- Another Day in America,
Laurie Anderson

I might try the star exercise again during the night, it seems rather useless at 9:48 in the morning. Sometimes when I see a shooting star, I worry that I might wish for the wrong thing.

Once I read an interview with Tom Wolfe and Marshall McLuhan where they talked about a war that completely stopped once they stopped broadcasting it on television. I've also heard of tribal communities that, once introduced to television, erupt into violence as they imitate last thursday's latest episode of COPS.

I hope that one day I can point something out to a child and say, you see that? that's untouched, that's unmediated. enjoy it while you can. 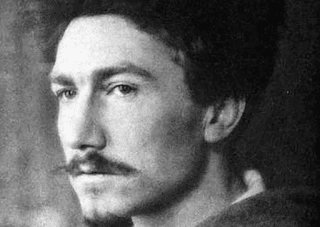