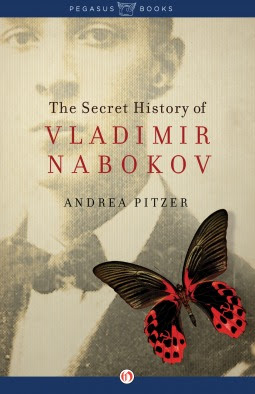 Next week, in the final entry, I want to talk about Brian Boyd's book, Nabokov's Pale Fire: The Magic of Artistic Discovery, which I have just finished. But this week, I want to mention another book, The Secret History of Vladimir Nabokov, by Andrea Pitzer, an interesting book which I read in January.

I am not sure why Nabokov's history would be "secret," but Pitzer's point is that Nabokov's biography is largely reflected in his fiction. 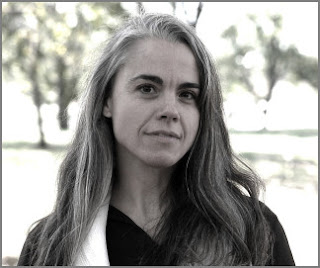 There are many references to mirrors and reflections in Pale Fire, which is a case in point, and in fact there is a chapter on Pale Fire in Pitzer's book.

The killing of John Shade at the end of Pale Fire may be read in at least two ways: (1) Gradus, the assassin from Zembla, attempts to kill King Charles or (2) Jack Grey, the American escapee from the insane asylum, is attempting to kill Judge Goldsworth, who had him put away, and mistakenly kills Shade, who resembles the judge.

In any case, a man his shot dead in the course of an attempted killing of another person, and Pitzer's book describes in detail the fatal shooting of Nabokov's father, Vladimir Dmitrievich Nabokov, He was shot to death in 1922 in Berlin by assassins who were attempting to kill someone else (who they failed to even wound.)

Pitzer's book has other instances of how Nabokov's life is reflected in his fiction. For example, Nabokov's wife was Jewish, and anti-Semitism and prejudice in general is a theme that recurs in Nabokov.
on April 09, 2018

Thank you for conducting this group. I have enjoyed it. I took the bookmarks out of my copy of Pale Fire this morning. I looked through my poetry shelves to decide which text to activate with one of those bookmarks, and I chose Basil Bunting’s Collected Poems. I can’t wait to start the Beethoven group in August. I hope to finish Swafford’s Beethoven bio this month.

@Eric, Thanks. I'll have a reminder up soon about your upcoming reading group.

Boxes within boxes. As Gradus stalks the King he experiences resistance from his own body in the form of indigestion. Gradus is the force trying to kill the King (Against the Day) but the "intestinal internecine war" goes against his day of achieving his goal. Both these resistances get illustrated in the sentence: "He was still groaning and grinding his dentures when he and his briefcase re-offended the sun." (p.280)

Both Nabokov and Crowley loved alliteration.

The theme of the book that I've expressed gets beautifully portrayed in the commentary to Lines 993-995 beginning about halfway through with the sentence: "One's eyes could not follow the rapid butterfly in the sunbeams as it flashed and vanished ..."

I thought this could be a revealing sentence: Although I am capable, through long dabbling in blue magic, of imitating any prose in the world (but singularly enough not verse - I am a miserable rhymester) ..." It seems that Nabokov might be saying that the poem he composed in Shade's name is not all that great in his estimation. I did get the sense that Nabokov imitated other writer's prose when reading the passage of the King's escape over the mountain. He mention something about elves or elvin and it strong recalled The Lord of the Rings, for me. Also a few instances when he seems to imitate Joyce. probably others that I didn't recognize.

Thank you for this, Tom.

Encouraged me to finally read this book. I enjoyed it, especially the ending. Very much enjoyed everyone's contributions to the discussion here, too.

The intestinal difficulty was funny, but why does K/B add those details? Or all the details about Gradus and his trip for that matter. I keep looking for another mask behind the escaped killer explanation - I can't help but feel K/B is more directly responsible for Shade's death. Though I think I'm meant to be satisfied that the web of coincidence is fulfilled.

@Lvx, My theory holds that Gradus becomes a main character because he represents the primary resistance against the life of the King. This seems confirmed by the last sentence in the commentary. In my view, this also get confirmed qabalistically, as well. Another Gradus "is walking toward a million photographers" A million = Tiphareth due to the 6 zeros. The last phrase in the commentary reads: "more competent Gradus. The initials of the last three words, mcg = 51. 51 = Terrible; Ate, devoured; Pain; Failure; and the 8 of Swords which the Thoth deck calls Interference. Against the Day. See my last comment about the indigestion.

Even though Kinbote appears to have an emotional attachment to Shade, he seems far more concerned about the fate of the manuscript than he does about his friend getting shot.