Timothy Leary on narcotics and booze 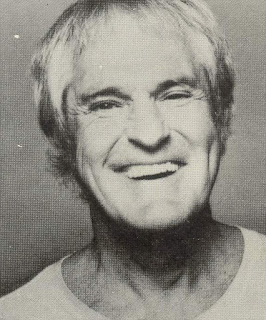 A few weeks ago, as I was researching a blog post, I noticed something in the Wikipedia biography of Timothy Leary: "He was noted for his strong views against the use of drugs which 'dull the mind' such as heroin, morphine and (more than occasional) alcohol ... "

Given the ongoing opioid-opiate epidemic (pretty strong in Ohio, where I live) and the fact that alcohol abuse remains a big problem right now, this seems quite prescient. I wanted to know more, but I didn't know where to look in Leary's books. So I wrote to two Leary biographers. (What a weird world this blog has created for me, that I know two Timothy Leary biographers well enough to write to them.)

I put both books on hold at one of my local libraries, and The Politics of Ecstasy arrived first. It turned out to have an introduction by Sirius. I wasn't really sure I would actually read all of it, but it was so energetic and entertaining I read the whole thing. (My copy was the abbreviated Ronin Press edition, with many chapters of the original title published as a separate book, Tune In, Turn On, Drop Out.)

Leary is a very vivid writer. "You read this page, light hits your eyes, and your brain sees squiggles of black and white which are words. Do you believe that you are really reading what Timothy Leary wrote? Does this pattern of black and white lines lead you to believe in the existence of a seed-bearing, soul-carrying human being, Timothy Leary, who sat one New Year's Day at a wood-grained desk littered with notes, clippings, books, loose tobacco, coffee cups, ashtrays, looking out a picture window at the silver-gray expanse of the Pacific Ocean, writing these lines?" (pages 31-32)

And it turned out there was quite a bit in the book about opiates and alcohol. "Alcohol dulls the mind game and produces emotional stupor." (Page 42.)

Here are a couple of provocative paragraphs:

"It is of interest that the heroin addict and the illuminated Buddha end up at the same place. The void. The junkie is a deeply religious person. The alcoholic is, too. Thus our physicians and psychiatrists have no luck in 'curing' addicts. If you see an addict as a social misfit, a civic nuisance who must be rehabilitated, you completely miss the point.

"To cure the junkie and the alcoholic, you must humbly admit that he is a more deeply spiritual person than you, and you accept the cosmic validity of his search to transcend the game, and you help him see that blackout drugs are just bad methodology because you just can't keep holding the 'off' switch and that the way to reach the void is through psychedelic rather than anesthetic experience." (Page 43.)

Well, that takes care of the stigma problem! Leary's emphasis on psychedelics seems a bit dated - later on, he got more interested in personal computers - but if you read this as "feed your head rather than blacking out," as I choose to, it holds up just fine.

All of those quotes are from the introductory essay, "The Seven Tongues of God," originally delivered as a lecture at a meeting in Lutherans in 1963, that I thought was the best piece in the book. There is quite a bit in it about Leary's seven-circuit (later eight) model of consciousness, which he apparently developed years before Robert Anton Wilson wrote about it in Prometheus Rising.

A couple of other good Leary digs at alcohol and narcotics:

[From the section that relates each of the seven circuits to a particular drug]:

"7. The Anesthetic State is produced by narcotics, barbiturates, and large doses of alcohol. Anyone can reach the void by self-administration of stupefacients. Most Americans know just how to pass out.

"6. The State of Emotional Stupor is produced by moderate doses of alcohol. Three martinis do nicely." (Page 45.)

And from an interview with "Playboy" magazine: "The lowest levels of consciousness are sleep and stupor, which are produced by narcotics, barbiturates and our national stupefacient, alcohol." (Page 136).

Man, I used to love Leary's books. I just read part of What Does WoMan Want? last Saturday.

Great work as always on your blog.

The Politics of Ecstasy is one of my favorite Leary books, "The Seven Tongues of God" essay has some of my favorite quotes. When I first read it, I underlined a lot of passages, such as . . .

"We cannot drop out of society. We can only drop out of social roles and dramas which are unloving, contracting and which distract us from the discovery of our atomic, cellular, somatic and sensory divinity. Spiritual appeals to transcend the ego are vain. Like any other level of consciousness of energy, ego is. Karma is. All we can do is center ego consciousness and see it in proper relationship to the other "I's." The "social ego" is abysmally trivial when compared to the "atomic I," the "DNA I," but that's the glorious humor of the cosmic hide-and-seek. That "social ego" can possess such eccentric, foolish power to camouflage the other divinities that lie beneath our skin.
"So let us pray: Almighty Ego, set I free! Almighty Ego, let my I's see!"

It was in Exo-Psychology (later renamed Info-Psychology) where Tim first clearly laid out the 8 Circuits Model. I was friends with an intrepid group of psychonauts in Europe who in the late 1970's started using Exo-Psychology as their main guide to understanding human behavior, and as a rough road map to the future. They also followed the Leary psychedelic method, as opposed to the Kesey method, and tripped with a consciously created meditative set and setting, usually starting each trip off with readings from Tim's The Psychedelic Experience as a guide for how to deal with the psychedelic ego death to come.

As for alcohol, Leary did often list alcohol as counterproductive in his philosophical examinations of the human experience, but he used alcohol as a favorite drug probably more than LSD. Part of his personality (one of his "I's") never quite left the alcohol-fueled parties of his early academic career. Tim's close friend, the fractal artist Brummbaer, told me that Tim always carried a flask with him. He loved cannabis, helium, LSD and other drugs, but he was apparently fond of alcohol throughout his entire adult life.

I doubt I'll ever carry a flask, but I like alcohol in careful moderation. About three times a week, I'll drink a craft beer with my meal, stopping with the one beer.

Leary was a drinker, though.

I remember finishing Greenfield's bio of Leary and thinking that alcohol caused Tim at least as many problems as any other drug. In this, he seems related to the Holy Man who preaches against the very thing he's fighting privately within himself. It ran in the family. See pp.9-11 of Greenfield on Tim's dad Tote and his drinking...Greenfield's index has "alcohol, and TL" as a term, with 9 different sub-headings.

Reports from Owsley and the Pranksters visiting Millbrook have Leary more interested in martinis than LSD.

Ethyl was usually linked to the 2nd circuit, that RAW calls emotional-territorial in Prometheus Rising.

As others have pointed out, Leary was not only a drinker, he was a BIG drinker! A lot of what he wrote was super idealized and not to be taken as a template for how he lived himself. When Owsley Stanley's group went and hung out at Meadowbrook (Rhoney Gissen talks about this in her biography) this was one of the main contrasts - the Leary crew were all drinking Martinis and smoking cigrettes being quite the East Coast sophisticates whereas all the California people were tripping their brains of and never touched booze.

I knew Leary personally and there was always tobacco, alcohol, cocaine, etc. around. One time in the last few years of his life, I remember going up to the house on the hill and I was at the time doing 12 step sobriety which I told him right off the bat, but throughout the evening he kept either forgetting or he was being a prankster (you couldn't always tell, it was part of his charm) because he just kept offering me drinks, joints, and each time I'd say "yeah, I'm kinda doing the sober thing" and then an hour later "still sober Tim!" and the offers would be harder and harder drugs....nitrous oxide...mescalin...?. He finally offered me straight up heroin by the end of the night! In retrospect, it was pretty hilarious though at the time I was like, "Jayzus! You don't offer an ex-junkie smack!"