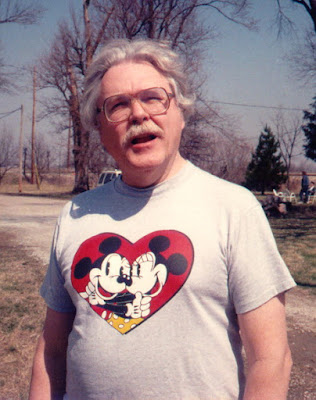 The frontispiece for this chapter is the first not to use a quote by Aleister Crowley. There is an astrological chart of some sort, the cosmic baby from 2001: A Space Odyssey, and the John Dunne Quote that launched a million graduation speeches: Each man’s death diminishes me for I am involved in humanity. 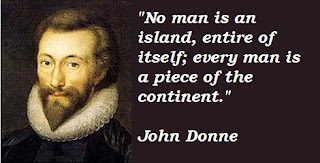 Over it all stands Nuit, graceful and impassive.

Is this where Bob experiences a cosmic rebirth?

Bob retells the story of Isis and Osiris, emphasizing the help of Thoth in stopping “the wings of time,” as well as a mysterious Black Rite which contains a certain Secret of Secrets which is not 100% fathomable by Earthbound humans and will only be reveal when we ditch the planetary nest and get interstellar.

The Author recounts three recent Sirius related tales. He introduces us to another 1973 Sirius Contactee, then reveals that the 5 pointed star of Freemasonry, which weaves in and out of the history of the Sirius Mystery from Aleister Crowley to the ancient Egyptians, absolutely for sure on very good reliability represents Sirius, before asking the big question: Am I pulling a cosmic triggerO

Being as The Skeptic is also the Starry Eyed Optimist he goes on to proclaim that “we are all pulling a cosmic trigger.” I love that vision that Bob had back in 77. I lived inside it from 1979 to 1989; space cities and genetic mutation to order—my eighties experience! Is it any wonder that the subtitle of Cosmic Trigger II (1990) is Down to Earth?

Blood of the Gods

If revealing the context of the title is a marker of sorts, a pre-climax perhaps, Blood of the Gods sets a certain ominous tone and then starts out as a sort of “catch-up with Bob” session, in which our hero reports with glee that he is suspected of being an inter-stellar hybrid except he has the wrong blood type, and then tells us the story of the 18 hour stage production of Cosmic Trigger in Liverpool on November 23, 1976. (More about this in a bit.)

Interesting here Bob’s statement the he and Bob Shea wrote Illuminatus! with the express aim of “trying to do to the state what Voltaire did to the Church—to reduce it to an object of contempt among all educated people.” I have to say that this is probably Bob’s greatest hit; public trust in government hovers around 23% (it’s true!) and people are so disgusted that they are seriously considering voting for joke candidates and a carny con man for president! Note that to Bob this production is a ritual disguised as a play, just as Discordianism is a new religion disguised as a complicated joke.

Bob catches us up some more: he reveals that he is “still living in Jung-land” as he tells us a tale of UFO’s in the Bermuda Triangle, and fills us in on his correspondence with 4 (possibly 5!) Real Heads of the Illuminati.  I’d love to read those letters! 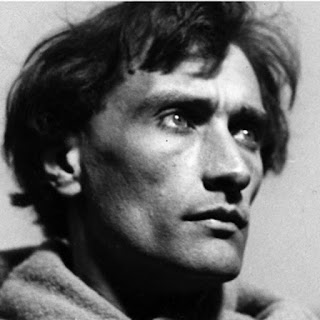 The last big hunk of this chapter is devoted to a description and discussion of Antonin Artaud’s 1933 one act play There is no more firmament, in which Sirius approaches the Earth and destroys the image of “the firmament’ in the thought patterns of humanity, and chaos descends.

The chapter closes with a nice riff on sanity and insanity, told in The Author’s droll and cynical voice, a nice counterpoint to the previous chapter’s credulity-stretching optimism. (Although I was there in the late 70’s—there was High Magic in the air and we were in the habit of thinking up 5 impossible things before breakfast. I’m fond of the notion that Bob saw the McKenna 2012 scenario as equally probable as interstellar flight to Sirius, High Orbital Mini Earths, and Physical Immortality. He was very invested in the Jumping Jesus phenomenon in those days, and for compelling reasons as we shall explore soon.)

So how about a nice session of “catch-up with everyone?” Where are you all at in your Cosmic Trigger journey? Look back at the past six months please and catch us up! What triggers are you pulling? 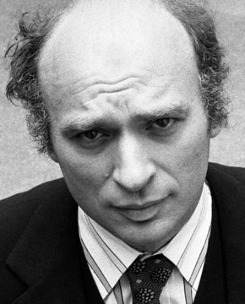 Next week a special interstitial post by Daisy Eris Campell on how the Illuminatus! ritual staged by her father Ken Campbell led to the birth of her own Cosmic Trigger: The Play as well as how Cosmic Trigger (the book) is her twin, and much more of humor, wit, and positive spirit.

If each man's death diminishes me, it's a wonder there's anything left of any of us.

My, the cynics are up early today…

The full passage, from Meditation 17 of Donne’s Devotions upon Emergent Occasions, reads:

“No man is an island, entire of itself; every man is a piece of the continent, a part of the main. If a clod be washed away by the sea, Europe is the less, as well as if a promontory were, as well as if a manor of thy friend's or of thine own were: any man's death diminishes me, because I am involved in mankind, and therefore never send to know for whom the bell tolls; it tolls for thee.”

There are 23 Meditations in the Devotions, by the way.

In terms of pulling cosmic triggers, I continue to work on my Wilson/Joyce book. I would love to see it on shelves in 2018. My high school Finnegans Wake Club has entered its 19th year and remains very active. I have become more interested in Ibn 'Arabi and Proust over the past ten years.

Some exercises combining the Black Rite with breath are found in "Secrets of Western Tantra" by Christopher Hyatt. When successful, after going through the preparations Hyatt suggests, they can seem more powerful than psychedelics for quantum leaping out of the ordinary; caveat emptor.

The statement about "Illuminatus!" doing to the State what Voltaire did for religion reveals Shea and Wilson as philosopher-activists working to change things through artistic expression. It also aligns with the concept Deleuze and Guattari call the "war machine." Other clear examples of this kind of war machine include chapter 3 of The Book of the Law and the Foreword to Nietzsche's "Twilight of the Idols." Of course, both Crowley and Nietzsche were strong influences for RAW. More on the war machine here:

Antonin Artaud fascinates me. I studied him a little because he became a major influence (one of multiple) for Gilles Deleuze. With his Theater of Cruelty, he aimed to create a language in the theater using gesture, costume, music, lighting etc. that went beyond the spoken word or written text. He was also well versed in and used Cabala. This quote from wikipedia that seems true or mostly true shows Artaud's approach to a war machine while also resonating with Cosmic Trigger beyond the Sirius coincidence:

Artaud believed that theatre should be a force for the liberation of the human subconscious and revelation of man to himself.[20] He called for "communion between actor and audience in a magic exorcism; gestures, sounds, unusual scenery, and lighting combine to form a language, superior to words, that can be used to subvert thought and logic and to shock the spectator into seeing the baseness of his world."

The "synchronicities" told to Wilson by the cast of "Illuminatus!" sound like a bunch of tall tales, with the actors competing to see which ones RAW would swallow. I doubt, for example, that the Beatles ever performed "Yellow Submarine" live, let alone in Liverpool, and the setlist for the Beatles' 1965 concert in Liverpool at the Empire Theatre in Liverpool, England, lists only the usual songs that the Fab Four performed live in those days:

Admittedly, it's hard to tell exactly when "Yellow Submarine" was written, but it was recorded in 1966 and it doesn't sound like a very early song.

Carl Jung died in 1961 and the Liverpool Empire Theatre opened in 1925, according to Wikipedia, so that story doesn't do very well, either. The play Illuminatus was performed in the Liverpool School of Language, Music, Dream and Pun, opened in 1974 or thereabouts, so it wasn't in fact the "same theatre" where the Beatles could have done "Yellow Submarine." That theatre, however, was on the same site as or at least near the Cavern, possibly giving rise to the legend. I also doubt that Hitler ever lived in Liverpool, though it's possible some of the actors might have believed that.

@Tom, I wondered about the Yellow Submarine claim as well. Coincidentally, a yellow submarine symbolically portrays a main theme of both Illuminatus! and Cosmic Trigger, as I see it.

Speaking of water, there currently is an international group of water rights activists making a 200 mile, 20 day walking trek through Owens Valley in Southern California.

This is the first time I noticed the reference to King Mob, one of my favorite comic characters.

As far as pulling triggers since the new release of Prometheus Rising I have worked with mosbunall of the exercises through the first four circuits, or created my own version of an exercise. I've started exploring classical music, and playing more chess. Sustained a regular self defense practice, etc. I think I hit my midlife crisis and chose RAW as a guide on what to do about it instead of other avenues.