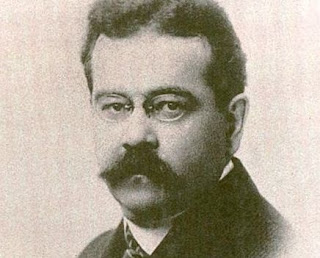 Welcome to week 12 of the Group Reading of Cosmic Trigger. This week we are covering pages 91-98, in both the Hilaritas edition & the And/Or.

After a long stretch of “telling the story” the Author steps back from his own story in Beings of Light, talking dogs, more extraterrestrials and other weird critters and offers the Reader some “real world” examples as a comparison/contrast to the sorts of experiences he has been describing from his own life. Along the way the Semanticist continues to invoke the spirit of E-Prime and Relativity that he more directly addresses in Quantum Psychology (the concurrent reading of which book I must say highly Illuminates the reading of Cosmic Trigger), in order, perhaps, to gently “point” in the direction of something which is seemingly “unspeakable.”

Bob compares his experience of “entities” during the summer/fall of 1973 with the collected near-death experiences described by Dr. Raymond Moody and with a trio of UFO/“weird” stories from Jacques Vallee and Charles Fort.

One interesting and enlightening way to read Bob is to look for all of the italicized words in a given section. In this chapter, when Bob is writing about the qualities of “the entities” he italicizes intensely loving. When analyzing the messages received from said entities he italicizes time, the future, and infinity, and then repeats and emphasizes time. When offering a method for making “weird” stories less subjective and more objective he italicizes the phrases certain signals, organized by their metaprogrammer, and an impression, and then generalizes this into the notion that when you think you are doing x, you are receiving signals that your metaprogrammer is organizing into the impression that you are doing x.

There are a few more italicized entries in this chapter — one, two, three, thought-projection and cognitive dissonance. I will let you make of those who you will.

One other interesting comparison/contrast occurs in the last paragraph, which begins with a direct reference to Charles Fort, and finishes with an oblique reference to Ambrose Bierce (The Damned Thing), about whom Fort had more than a passing interest. 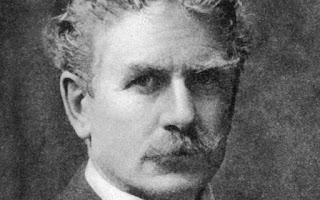 All in all what we have here is Mr. Wilson offering up proof that other folks have had experiences at least as strange as his own, and then providing us with some tools to make those experiences seem at least a little bit less “weird,” and perhaps a bit more “grasp”-able.

Starseed opens with the wonderful sentence “The next step in whatever is wrong with me again involved Timothy Leary.” Note the present tense “is” and the past tense “involved.” 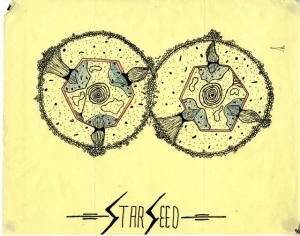 This chapter seems devoted to synchronicities between Wilson’s “Sirius Transmissions” and Leary’s “Starseed Transmissions,” with a bit of Crowley and Charles Fort (him again!) thrown into the mix. As Oz Fritz noted in last week’s comments:

P. 90 - “Mostly the Holy Guardian Angel communicated by synchronicity.” This could serve as a huge clue for anyone attempting the “Knowledge and Conversation of the HGA,” as Crowley formally puts it.

Moving on, Magick, Technology, or Both? serves as a primarily “evidential” chapter, parsing out a quick argument that UFO’s fail to fit into the Aristotelian either/or of Magick vs Technology. It also contains this gem of a proposal from Brad Steiger that “the only safe generalization about UFO’s is that they always fit into the cosmology of the human observer…” At this point it might be a fair question to ask what is more important to the Author—the Doggiez from Sirius? or Teaching the Reader How to Think?

And then this short chapter ends with a potential answer to the question posed in its title—“Maybe.”

That’s it for this week. Next week we dive into Those mysterious Sufis and A message from Cosmic Central?, pages 98-107 Hilaritas and 98-106 And/Or. As always, engaging with the comments benefits everyone — even last week and the week before etc.
on June 27, 2016

The italicized words also seem to have qabalistic relations.

p. 91: "But the entity also intently urged that I should try to understand time better."

Post morning session after the first workshop I took with RAW at the Open Center in New York in 1987 or '88, I mentioned to my wife that time felt dilated during his presentation. We were on a large freight elevator and I looked up to see RAW on the far side giving me an intense look. I hadn't realised he was on the elevator and could hear the comment. Also, back them, I had yet to grasp that time was such a big deal.

I read something today pertinent to time and beings of light in "Deleuze on Literature," by Ronald Bogue. He's talking about an "affect," which could be inadequately and vaguely defined as those mysterious qualities in any work of art that affect you.

"The affect is a break in the continuity of rational consciousness and a hiatus in the regular flow of chronological time. In such a moment of atemporal disequilibrium, no sense of self exists, no seperation of inside or outside. All that remains is a 'violent, immobile, graceful climate' (Carriere 18), a silent tempest, from which lightening flashes from time to time.' (Carriere 23)" Carriere refers to Mathieu Carriere and the numbers to citations in his book "For A Literature of War, Kleist," a study on the poetry of Heinrich von Kleist.

"One common observation along these lines is that the Will experiences time differently from the various parts of our functioning. Will is experienced in a state of flow, as an integration of things which flow in time on different scales. It is even possible to have the experience that a manifestation of Will has had an organizing effect as though reaching from the future organizing what it needs to make itself possible. This impression in particular can be jarring if the ego is of a type to think it is the source of all action. That the wholeness of an event can be an organizing force before it actually begins is a common perception in events having “a life of their own”. "

Thanks for the interesting perspective, chas.

p. 92 "Is somebody using Zen Discordianism to illuminate us?" - I say yes, the author of the book is. RAW earlier connects Thelema with Discordia when he called it a "magick key," and when he tied it to the Churchill "v" sign legend that originated with Crowley.

p. 97 "... The Silver Star is Sirius" - this is disputed amongst Thelemites. Lon Milo Duquette emphatically states that the Order of the Silver Star does not symbolize Sirius in "Understanding Aleister Crowley's Thoth Tarot," but does not say how he arrived at this conclusion.

The enigmatic bus on pg. 93 makes me think of the Merry Pranksters. Bob Weir of the Grateful Dead appeared on "Watch What Happens Live" two days ago. When asked what artist had most affected the Grateful Dead, Bob replied, "John Coltrane". I love that answer.

In the "Starseed" mini chapter, RAW writes that he published an article about Tantric yoga in "Chicago Seed," an underground newspaper.

Back in 2011, I tracked the article down for this blog:

You can get a PDF of the article here, courtesy of Bobby Campbell:
http://www.bobbycampbell.net/RAW_SERPENT_POWER.pdf

p.95 "I was quite moved, as you will readily understand, when I found the following in O.T.O. Grandmaster Kenneth Grant's new book, "Aleister Crowley and the Hidden God:..." - this is quite a good book, one of the best comments on Crowley I've read. Grant was, and probably still is, quite a controversial character in the Thelemic community. Some of his later works strain credulity even for many occultists. I regard them as his translations of bardo spaces/ alternate realities and always supported his research; had brief contact with him in the year before he transitioned.

I've read all but the last book of his "Typhonian Trilogies" and have found him both intriguing and occasionally scary because of some of the places his group seems to have gone. Also, his jambalaya approach to magick also seems to presage the Chaos Magick crowd.