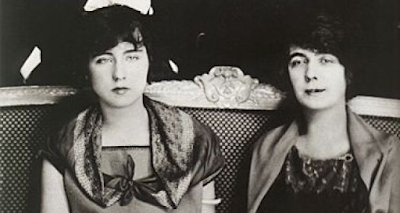 The Prisoner makes his escape. Sigismunundo’s astounding jailbreak was overwhelmingly reminiscent of John Higgs’ description of Dr. Leary’s escape act from San Luis Obispo in the opening chapter of his excellent I Have America Surrounded. Especially the scene of Leary crossing the telephone wire over the fence to freedom on pg. 8-10. Like Sigismundo, Leary has to face a perilous drop (his was only 20 feet but he was fifty and real as opposed to a spry twenty one year old in an, albeit achingly self-aware, adventure novel)  “with nothing but faith and a thin wire between him and the ground below” (Higgs pg. 8). I believe that this is evidence of a feedback loop; did Leary’s account of his stunning escape inspire RAW while writing about Sigismundo’s and was Higgs perhaps inspired by The Widow’s Son when recounting Leary’s escape in his biography? Either way, unlike Leary, Sigismundo has no allies or love waiting for him outside the Bastille.

(Another connection in those thrilling opening pages would be Higgs’ observations about Leary’s features on pg 10: “But while his face was aristocratic, his mannerisms were restless and American and his eyes and smile had an unmistakably Irish charm. It was this subtle Irish glimmer that overrode the American and classical aspects of his appearance and became the prominent characteristic in the memories of those who knew him. His reckless Irish streak could also be relied on to override the other elements of his personality at pivotal moments of his life.” As Sigismundo heads towards Britain we’ll get to see more of this mix of the Irish and the classical, of aristocracy and recklessness before moving on to the Americas in Nature’s God.)

Sigismundo’s God or Author is kind to him in this episode as his hand is not reduced to a bloody pulp by ropeburn (a phrasing that made me shudder) from losing his grip on the wall, although at one point he clings on with his “weaker hand”; nor does he have to swim in the moat or scale and descend the second wall. Sigismundo’s belief in the impossible serves him well as he is able to accomplish a feat he considers only possible for an acrobat, and this probably makes his implausible escape successful.

We are provided with an account of the genesis of de Selby’s romance with Sophie Denevue in “Fuck Off, Buster” and see him shifting his affections from the uninterested-to-the-point-of-feigning-death Denevue to the unknowning Nora Barnacle. Barnacle’s droll attitude towards experimental, high falutin’ writers is transferred from the “real” world (where she wondered why her partner couldn’t just write normal books) to our narrative where she makes the charming understatement that the philosopher, who is trying to “neutralize pleumenary time” and believes he has found an unlikely key to the reoccuring 1132 in the then-unpublished Finnegans Wake, “seems a bit daft.”

As de Selby anticlimactically collides with Joyce’s personal sphere and Sigismundo finds himself out of the frying pan and into the fire, the reader is left with an image of a rat running across our desperate protagonist’s foot as he tries to focus on a higher self.  Next week we’ll begin Part III- Happy Thanksgiving everyone.

From Eric Wagner: “I thought Bach’s “Jesu Joy of Man’s Desiring” might work this week. Sigismundo praises this piece in The Earth Will Shake.”

In the alchemical subtext to The Widow's Son, Chapter 11 brilliantly combines working concepts from both the Gurdjieffian and Thelemic schools. In the 4th Way system, they use the metaphor of a prison to vivdly portray the severe limitations of common mechanical consciousness and behavior - aka the "sleep of the machine," the machine indicating the human biological machine, Leary's brain circuits 1 - 4. To "wake-up" the machine seems like breaking out of the prison of robot consciousness. It appears as difficult to break out of this prison, once and for all, as it does breaking out of the Bastille. Sigismundo's training and preparation of hanging out the tower's window applies to this subtext.

The cosmic force that keeps people in sleep gets represented as a pernicious, pervading magnetic influence they call the Moon. People acting in sleep, as most of the entire world does most of the time, are said to produce "food for the Moon." Therefore,it seems significant that Sigismundo waits for a moonless night to break out of prison.

This occurs in Chapter 11, remember 11 = the number of magick, or energy tending to change. The chapter starts with Sigismundo's full name - the initials S + C qabalistically point toward how to go about breaking out of that prison.

11 appears a particularly significant number to Thelemites, we can find a quote in the Book of the Law to that effect. Several numbers that are multiples of 11, or have 11 in the number, for example 111 x 6 = 666, represent important concepts in Crowley's qabalah. Sigismundo waits until 7 on a moonless night before escaping. 7 x 11 = 77 = an ancient Hebrew word that simultaneously means courage or strength - probably the most important attribute Sigismundo needs to bring up in the mix to effect his escape.

Fascinating that you reference Leary’s escape. I remain a great Leary fan (I have friends who believe all that ‘snitch jacket’ stuff about Leary, as CIA agent, or grass). I accept RAW’s assessment. Not to claim that Leary didn’t have flaws, or weak moments, or times of bad judgement, or bad luck. I just think John Higgs’ biography seems much more balanced, than Greenfield’s.

I have to say, having spent many years in contemplation of Houdini (and Jackie Chan), and using knots in my circus work, and magic routines, that I don’t fully visualise the escape. To release a rope, after climbing down it, I might employ a ‘slippery hitch’, but that involves a double rope (one strong, to climb down, and the other to release the knot). Bob says something about a double loop, but it seems pretty vague. Having said that, Bob mentions the use of a hook, that comes down with the rope, so perhaps Siggy just flips it into unhooking. And I don’t quite understand how he wraps the rope around his body, and releases it as he goes, rather than just drop the rope straight down. But hey.

My real quibble would probably lie in the idea that 40 feet down a rope would prove enough to swing to the second wall, given that, on a diagonal, the reach would not even be the whole 40 feet. The moat on the Bastille was more than 80 feet wide. But hey, I love a bit of superhero stuff.

And yeah, rope burn is a really horrible thing (I have friends who do trapeze, etc). When my dog lunged once, and I tried to grab his retractable lead (instead of using the brake), it cut me to the bone.

Leary's escape influencing the composition of Celine's seems quite probable. It's a good comparison.

A key couple of lines for the escape: "... he had trained himself, in the months of hanging from the sill ten times a night. It was like fencing or playing the harpsichord; do a job every day and eventually it becomes easy and natural." (p. 147 Bluejay edition)

Fencing is a homonym for fence, which corresponds with the Hebrew letter Cheth or The Chariot in the Tarot. Fencing and the harpsichord don't appear as random examples. RAW communicates real work here.

p.148: "When he was further down, he would be able to judge better, by listening to the sound of the water in the moat." This reminds me of something that E.J. Gold told me nearly the first time I met him which is that sound can be used to navigate in the bardo. I've made several recordings based on that idea.

p. 148 RAW, through Sigismundo, injects the reader into the novel, the reader briefly acknowledged as another character - the book has jumped off the page and become 3 dimensional including the reader in its drama. Then follows one of the best de Selby footnotes - a footnote about footnotes: "'...and opens an exuberance of mirrors.' Golden Hours I 33"
Absolutely brilliant postmodern mindfuck.

p.149: "All it takes is will, and a kind of madness..." This also perfectly fits Aleister Crowley and Nietzsche, probably others, maybe the Author too. This chapter demonstrates will exceptionally.

p. 153: "He sneezed.
Pay no attention to that he told himself. You have no time for the pneumonia or the influenza or anything of that sort." An allusion to the idea that your mind can positively influence the health of the body; mind over matter.

p. 153 - 154: Now is the time, he told himself, now above all to praise God with every cell of my being, to be at one with him in the fourth, universal soul, to rejoice at the miracle of existence." For me, this appears an interesting synchronicity that it comes in the week of the American Thanksgiving. I am currently rejoicing at the miracle of existence at being snowed in with 3 feet of snow in the upper foothills of the Sierra Nevadas.

I think it's quite likely RAW was inspired by Leary's prison escape, as Gregory suggests. Not sure about John Higgs. When we did the "Earth Will Shake" reading group, he remarked that he had never read the book. I will have to write to him and ask.