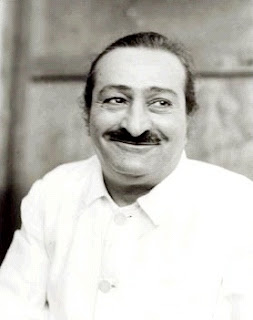 This week's essay originally was published in Gnostica magazine in 1977. After Mike Gathers sent me the hard copy of the piece, I ran it as a blog post on April 13, 2011.

I am always a bit nervous in discussions about the occult and magick, as those are topics I would not claim to know much about.

However, the essay fits with what Chad says is a theme connecting the pieces in the book, that of Wilson's concept of model agnosticism. When I interviewed Chad about the book when it first came out, he remarked that he originally envisioned the book as a political book, and assembled 20 Wilson essays touching on politics. But then, "we shelved several of the more overtly political tracts and focused exclusively on Wilson's writings on model agnosticism. The project really became fun when we made that pivot explicit. Wilson scholars know how much model agnosticism underlies his worldview, so the idea that there would be a newly published book of essays and interviews spanning five decades where we get to see him riff on that theme very directly, over and over again, in a variety of different ways, was one of the coolest moments for me."

Wilson writes, in the essay we are talking about this week, "The Biggest Lie in the World is the idea that there is one 'true' reality. That is the lie that keeps the conditioned citizen trapped in the one static reality imprinted by parents and schools in childhood."

When I posted this piece back in 2011, Eric Wagner remarked, "Great stuff. I find it interesting how Bob uses Beethoven as a touchstone." And indeed, this piece is yet another of the many RAW pieces that mention Beethoven. Not only that, but there is yet another mention of the Ninth Symphony.

The end of the essay quotes Meher Baba, an Indian religious figure who died in 1969. I  know pretty much nothing about Baba, but I recognized the name because Peter Townsend of The Who was a follower of Meher Baba back in the day and would mention Baba in interviews.

The Wikipedia bio of Baba has this bit: "In the mid-1960s Baba became concerned with the drug culture in the West and began correspondences with several Western academics, including Timothy Leary and Richard Alpert, in which he discouraged the use of hallucinogenic drugs for spiritual purposes. In 1966 Baba's responses to questions on drugs were published in a pamphlet titled God in a Pill? Meher Baba stated that drug use was spiritually damaging and that if enlightenment were possible through drugs then 'God is not worthy of being God'. Meher Baba instructed his young Western disciples to spread this message; in doing so, they increased awareness of Meher Baba's teachings. In an interview with Frederick Chapman, a Harvard graduate and Fulbright scholar who met Baba during a year of study in India, Baba described LSD as 'harmful physically, mentally, and spiritually" and warned that "[its continued use] leads to madness or death'."

I don't think you need to be nervous Tom, you always do a good job writing about topics because you're the type of person who is self-aware enough to include (sometimes unnecessary) disclaimers. When we spoke yesterday, you pointed out this would be a good point for me to jump in, so here I am.

I've found the idea of black magic and Satanism humorous enough that I've written about them extensively. My history thesis was written on the history of "real Satanism" which automatically excluded anything like Theistic Satanism (doesn't exist in a theologically meaningful way- essentially, there is a difference between ex-Catholics doing naughty things in Paris and an authentic religious impulse), LaVeyan Satanism (just atheism with theatrics and a dash of occultism) or the more recent Temple of Satan (political activism, again, not an authentic religion). Instead I set out to prove that authentic Satanism is an incredibly rare phenomena and ended up proving I was a Satanist by my own metric. After years of people thinking I was in a cult when I told them I was an occultist, I eventually just told people I was into black magic. I try to avoid those types of conversations anymore, but it was amusing for a while.

Wilson cites Dion Fortune's Psychic Self-Defense, which is a fine read but Violet Firth herself was at times pitifully crippled by her paranoid fantasies of occult attacks. I remember Lon Milo Duquette giving the valuable advise that if you feel you're under sustained magical attacks, the best place to locate your attacker is in the mirror. In a similar way, casting a curse or setting a demon on someone is much riskier to the "caster" than the target. As Wilson says, most black magic is weaponized stupidity. It just isn't worth the effort.

Being overly concerned with another person's black magic most often comes off as paranoid and sanctimonious. While I'm extraordinarily concerned and offended when a modern day right-winger tries to use Thelemic concepts, I realize that the danger isn't their harnessing of dark energies but rather a personal concern that they make me look bad by proxy. (And they're bad at reading, something that deeply offends and repels.) Indeed, one of the most embarrassing things I've ever read was Pete Carrol's account of the "Ice Magick Wars." It read like a LARPer's fever dream.

Overall, this isn't a very technical treatise on magic, but it is a great repository of common sense advise.

I find this article extremely incredible on multiple levels. My first time reading it, I'm very grateful to see it memorialized in a book. To start, the fact that he brings up the subject of psychic attack and gives brilliant solutions of dealing with it. Psychic attack appears a real thing, but as Rarebit Fiend suggests, many beginning occultists can get way too dramatic and personal about it and blow it greatly out of proportion, getting stuck in those beliefs. It some ways it doesn't even seem professional to talk about, but RAW strikes the right balance of bringing it up without making too much out of it, and again, giving superb solutions.

Psychic attack doesn't always involve overtly occult symbols, like demons, etc., often it can occur from largely unconscious people who drain your energy. I think we probably all have encountered people like that, who we just somehow know suck energy with constant complaining, talking bs, or a million other ways. William Burroughs puts it rather succinctly in the second verse of Words of Advice.
https://www.youtube.com/watch?v=iIB1-EeuZHI

I personally see Psychic Self-Defense as a definite classic in this area along with Wilson. It got recommended to me and helped me years ago. I don't know about Fortune's paranoid fantasies so never saw it through that filter. The techniques work. Her book on Qabalah, The Mystical Qabalah appears a classic too.

After he mentions it, RAW writes: "Personally, I regard such rituals as unnecessary, since they take the terrorist too seriously." He has a point, if you're in a position to take the terrorist however you like, but if you feel overwhelmed and clobbered, you might want to do something about it. He also doesn't mention that by the time of this article, he likely has been practicing magick for seven years, yoga for longer. The basic practices of the pentagram and hexagram rituals (he wrote about doing the latter) have the effect of creating psychic shields. He gave workshops on energetically making "cones of light" which can get used to protect. He gives what he called the great mantra of protection in Masks of the Illuminati which appears an abbreviated form of the Rosy Cross ritual, another psychic shield constructor.

RAW does an excellent job demystifying magick in this article. I recall the first time I read this, feeling like magick was something anyone could practice and obtain positive results from, not just occult adepts.

It showcases many of the themes we see throughout the volume: perception psychology, "no governor", reality tunnels, etc. (all variations of the same principle, namely, that "reality is what you can get away with," to borrow another of his phrases).

I'm particularly fond of of RAW's PMA and humor on showcase in this one. A few gems: the idea that the human mind is so powerful, and capable of so much, so using its abilities for harmful purposes is idiotic -- that's a very potent concept that will stick with me for some time. If I ever find myself plotting, scheming, hating someone or something, going forward, I'm going to do my damndest to recall this.

His comparing using one's brainpower for bad to using Shakespeare's sonnets for toilet paper, and other variations of that metaphor, are fantastic.

Another aspirational quote: "the capacity to greet life with the bravery and love and gusto that it deserves."

One point of contention I have with the article is the definition of evil. Thankfully, he took the time to define it rather than behave like a natural law cultist and simply label anything he personally doesn't like as evil.

Here, RAW defines evil as "acts which definitely, measurably, harm others, physically or psychically." I don't think the definition is terrible (there definitely do seem to be some godawful definitions of what constitutes evil these days...), but I don't generally like attempts at objective definitions of moral concepts.

I much prefer RAW's position elsewhere in this book, where he eschews use of the word evil in favor of "good for me" / "bad for me." These are much clearer and easier for others to comprehend.

A huge source of strife in the world today seems to revolve around what "definitely, measurably, harms others physically and psychically."

We jumped almost 20 years in time from the previous essays, and it shows. RAW talks of brain ‘circuits’ (p.107), and we get a 23 thrown in for good measure.

I laughed at “Fernando Poo is the greatest country in the world, to the conditioned Pooan.” (p.112)
At once a bit of guerrilla ontology and an in-joke for the Bob Wilson scholar.

“If people think you have power, you have power. […] The reputation of power is power.” (p. 109)
The context is on politics, but this works just as well when it comes to life-tickets, a.k.a. cash money. Or, who is the Master who makes the cash green? For the beginning of an answer, I would suggest looking toward the Church of Burn.

On the last page, we find a mention of ‘magic herbs’ as help for the proposed exorcism ritual. So quite literally, grass could help the Master make the grass greener. A groovy positive feedback loop between the observer and the observed.

Meher Baba spent the last 44 years of his life in silence. Although “don’t worry, be happy” appears an actual Meher Baba quote, I can’t help but find amusing the idea of quoting someone who just wouldn’t speak. Perhaps this also is an example of ‘the power of humor’. Hilaritas!
https://www.youtube.com/watch?v=d-diB65scQU