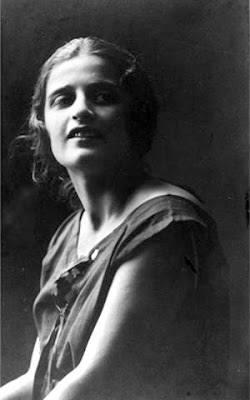 I really wish RAW were alive right now. I really wish we could hear what he has to say about the second decade of the twenty first century when he had thought once that we would be taking immortality tabs and floating around the Legrange point 5.

I still have a Correct Answer Machine within me. I can't seem to get it out. The thing is, thanks to authors and people such as RAW, I've been trying to exorcise or deprogram that motherfucker for years. I do succeed sometimes, but the damn thing always manages to refine its methodology and I unwittingly begin listening to it again, by another name or lack thereof.

After years of "disciplining" myself in RAW's "model agnosticism" (a term which I believe is used for the first time in email in this essay), psychosynthesis, magic, and yoga to free my self from myself, I find that my ego is a worthy opponent. I realize in my conscious mind that there are many "mes" playing their various games for various reasons but I unconsciously fall prey to their machinations when I am not looking. (I sound mad.)

So, while I love quoting that "science has shown that the Universe can count above two" and mocking Aristotelian/Euclidean models I have to admit I am probably still, at times, trapped in the Euclidean limbo.

I think mine would be: libertine-wastrel-fop

And if any of you 2017 Euclideans wants to be so bold as to judge from this essay whether in the terms of today he would be a leftist or a rightist, I'd love to read your thoughts!

Oz Fritz posted an excellent rumination on psychedelic experimentation and current ideas in the comment thread for last weeks post. I would recommend everyone who has looked at this essay and haven't read his thoughts to do so.

It seems a good percentage of those foolhardy enough to play the psychedelic game has an experience that utterly turns them off of a substance. For RAW, it was solanaceous psychedelics, and he wrote about them in such a deliciously camp style in Drugs, Sex, and Magic that I've always loved reading about their usage- witch ointment and all that shit- but have never tried them. My horror stories are from black market LSD, which RAW preaches against and downplays in an episode of Real Time with Bill Maher (Euclidean question- what would RAW have thought of Maher and Yiannoupoulos or his recent scandal?), and robotussin- I was such a fucking stupid kid. Perhaps the closest substance I have ingested to belladonna was datura...the dried leaves of the desert plant that has such erotic smelling blossoms. I learned something and enjoyed myself though.

The William S. Burroughs story is a favorite party anecdote of mine that no one ever seems to appreciate. It occurs to me I am still a fucking stupid kid.

Also, if you haven't ever followed up the footnote in the chapter on Solanaceous drugs in Sex, Drugs, and Magic on The Crooked Hinge I would heartily recommend it. It is a brilliant specimen of mid-century detective fiction. Riveting and memorable.

I would also recommend works such as Psychedelic Shamanism (look beyond the name) and The Psychedelic Explorer's Guide (ditto) for works I have visited in the years after my participation in such chthonic mysteries and found thought provoking.

"The Relativity of Reality"

I agree with everything in this essay. (There's that persistence Correct Answer Machine.)

Haldane's quote was used as the title of John Higgs' 2015 explosion of perspective on how we arrived at this point. Another recommendation!

Here's a charming little video I've used as a remedy for depression for a few years that I think makes a good collorary to RAW's masterful take down of our collective weltanschauungs:

Perhaps I drank too many linn dubh during my years in Ireland...If you haven't explored the works of Flann O'Brien or Alfred Jarry I would be so bold as to make another set of recommendations.

This story charms and speaks for itself. I would feel bad about sneaking in four essays this week but considering the pleasant dialogue of this last story I hope you'll all agree it hasn't been too arduous.

Next Week we will study the political platform of the Guns and Dope Party, of which I am a proud member, pages 159-178. In the meantime Happy Fourth everyone and do something that really flies in the face of tyranny this year.
on July 03, 2017

Years ago I defined myself as a maybe gardener.

Pg. 140: I find it interesting that Bob calls neuroscience his favorite science rather than quantum physics.

For the benefit of RAW fans who are not libertarians (a much larger percentage of Wilson fandom than I would have imagined before I began this blog) I should explain that libertarians commonly consider themselves neither "left" nor "right" on the political spectrum. So the essay fits quite squarely into the libertarian movement. The conceit that libertarians are a third group, in addition to the two usual ones persists. See for example, this new book, https://www.libertarianism.org/books/three-languages-politics

@Eric, I like the idea of a maybe gardener. Thanks for the further notes. I've never made it around to Vineland though I've heard that it has been unfairly maligned.

@Tom I used to be a libertarian but my inherent distrust of capitalism kinda tore away at aligning myself with the modern movement. I think that in today's environment the whole "third group" doesn't work as well as I feel I can still tell if someone is a "left-leaning" or "right-leaning" libertarian. But there's that Euclidean nature and Correct Answer Machine again.

George Lakoff (neurolinguist) posted an excellent piece on his blog about political thought process: how progressives and conservatives essentially have different brains and different moral hierarchy. Lakoff's thoughts appear so lucid and sobering: "In the Conservative Moral Hierarchy, the rich are better than the poor. The poor deserve their poverty. The rich deserve their wealth."

I wonder if eight million Obama voters (and some other voters) who voted for Trump had read Lakoff's piece before they voted, would finally understand WHY Trump will not help them.

I think this illuminating Lakoff's writing should be forwarded all over the Internet, as it seems a global issue:

Thanks for the shout out, Gregory. I would add that cannabis is a psychedelic and thus would benefit from following the same guidelines if used.

The label for my general attitude is my business name: high velocity sound engineering.

p.130 the flatlanders reference likely comes from the book "Flatland: A Romance of Many Dimensions," by Edwin A. Abbott - required reading in some circles.
p.135 "...and to regard human sense experience as the primary datum." reveals RAW as an empericist putting him in the same camp as Hume and Deleuze.
p.140 "I agree passionately with Maurice Nicoll ... when he wrote that the major purpose of "work on consciousness" is to "decrease the amount of violence in the world." I also agree passionately with this statement and feel that this work is needed now more than ever. I would also add that this decrease in violence is not just because the people doing the work become less violent. Incidentally, I once heard a rumour that musician Steve Miller was a Gurdjieffian and wrote the song Space Cowboy for Maurice Nicoll. His name is in the first verse.

Eric--This bit from The Illuminati Papers might clear up the quantum mechanics / neuroscience quandary: