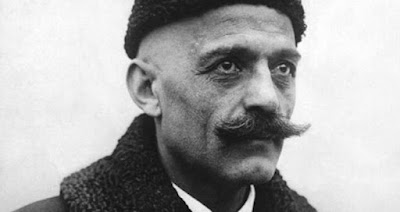 
Welcome to week 18 of the RAWIllumination Cosmic Trigger Reading Group. This week we cover 3 chapters ostensibly about signals from Sirius, beginning with Other starry signals (141 Hilaritas) and finishing with Dope and divinity. I say ostensibly because Wilson is always building maps, connecting people, places, and ideas, and at the same time…well, we’ll get to Mr. Wilson’s Doggie Funeral business…eventually…eventually. 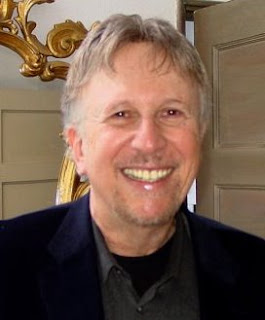 Wilson then brings in Dr. Jack Sarfatti’s notion of “electromagnetic chauvinism” as an argument against the radio signal efforts of Sagan and crew. When I asked Dr. Sarfatti about this phrase, he said “That’s what post quantum retro-causal signaling is all about” — I’ll let you investigate that nugget on your own.

This leads to a quick view of the life-work of Jack Parsons, rocket engineer, co-founder of the Jet Propulsion Laboratory at NASA, thelemite, receiver of messages from Higher Intelligence, buddy of L. Ron Hubbard, prophet of libertarianism, sex-magick, and rockets into space, etc. Wilson notes that “For his countless contributions to aerospace science, Parsons is honored by having a crater on the moon named after him.” He is also honored by being virtually expunged from NASA history.
Wilson relates Parsons to Sirius, as well as the push to “get off this planet.” 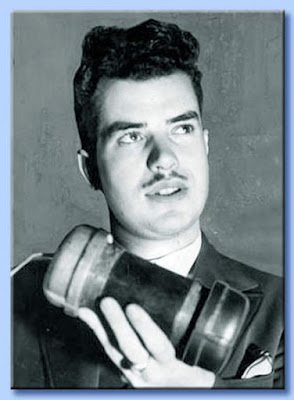 Quick cut to The footsteps of the Illuminati, which finds out intrepid Author browsing in a bookstore! (See! He’s just like us!) Via some writings of J. G. Bennett our Hero comes across the Gurdjieffian directive to “bury the dog deeper,” i.e. hide important esoteric information from easy discovery by superficial minds.

Of course, on this level “the dog is Sirius, the dog star,” which is what drew Bob’s attention to the passage in the first place, and as the years went by I would argue that the Sirius connection paled in comparison to the notion of hiding various harder to digest notions “in plain sight.” I would argue that great treasures can potentially be discovered whenever we come across any of the many “mysteries of Bob”—the areas where he seemingly just ‘got it wrong’ if we just dig a bit into that doggie graveyard. In my experience the times that Bob seems most “off” usually involve a certain level of naivety, and while Bob plays the naive waif quite a bit in Cosmic Trigger (and various other writings), in “real life” I’m not so sure. In my case certainly Bob did not suffer fools gladly!

This chapter is also notable for bringing up Bob’s notion of “the indispensable Big 3 of 20th century occultism.” That would be Blavatsky, Crowley, and Gurdjieff, all of whom Bob can tie to Sirius of course, of course.

We also get a bit of a clue regarding Bob’s reading of Joyce’s Ulysses, as Bob claims that in 1973 he did not yet know why Joyce had set the novel in the spring of 1904.

Bob also brings back the “angelic language” argument, which strikes me as one of the weakest that the Author uses, and it would bother me not one iota if both of those were struck from the book—and yet i wonder, what might be buried underneath them? For which reason I reveal my first law for reading RAW: whenever you come upon something that seems just plain wrong, bordering on crankiness, or …, ask yourself why lies beneath it? What dog is buried there?

Dope and divinity bring us back to Gurdjieff, and the question of whether the interstellar Higher Intelligences of Beelzebub’s Tales to his Grandson are allegory or a case of hiding the “real secret out in front where nobody would think to look for it.” I was intrigued by the section on angels and archangels, which some in Mr. Gurdjieff’s St. Petersburg group equated with planets and suns, and which Bob suggests perhaps equating with “intelligent, more evolved entities in other solar systems” in order to bring Gurdjieff in line with Leary.

All of this brings to mind an earlier chapter, Sirius Rising, where, on page 85 (Hilaritas), the Investigator thinks that whatever he had tuned into during his June 6th trip was “a kind of planetary consciousness.” An angel perhaps? And then following a drug-free sex-magick trip on July 22, the Shaman scribbles in his magical diary “Sirius is very important.” Archangels anyone?

At a certain point, of course, it is hard to tell what is being concealed and what is being revealed, and this seems as good a time as any to remember that the map is not the territory!

Diving a bit further into the worldview of Mr. G, we are presented with a vision of an unconscious mankind — “asleep, hypnotized, sleepwalking” — and the occasional interstellar intervention to accelerate our evolution.

At this point the Author takes another rough cut to make a case for the development of language, civilization, and religion (i.e. communication with Higher Intelligences) via the shamanic use of metaprogramming substances (peyote/amanita mascara). Bob ties these intelligences directly to other planets through the use of a Don Juan/Carlos Castaneda quote, and then finishes with a question from Captain James T. Kirk — “Can all this just be an accident? Or could there be some alien intelligence behind it?”

On the one hand, it is easy enough at this point to frame this as the Author posing a rhetorical question, as he seems quite clearly to favor the alien intelligence theory, and to locate the aliens in question somewhere in the vicinity of Sirius. And on the other hand, perhaps all this Sirius business is just another deeply buried shaggy dog story.

What do you think? So much here to chew on, dig into, serve up in a nice fresh comment. So take it away—until next week when Adam Golightly, Discordian expert and author of Historia Discordia offers us his own unique slant on The horrors begin (150) and Ishtar’s Walk: a guided tour of Hell (154).
on August 08, 2016

"God's dog" is also a term for coyotes, my totem animal.

Last night I asked a question about a communication I'd sent. Did a one card tarot draw and got The Star. These days I mostly use the Rider/Waite deck, but because I'm on the road I had Crowley's deck (the Thoth tarot) with me. Then I decided to read this weeks assignment and was delightfully surprised it started with 'Other starry signals.' The Star card from Crowley's deck gets directly mentioned on p. 143.

I wonder if RAW intends a pun with the phrase in caps, Higher Intelligence as in (p. 142), "...allegedly dictated by a Higher Intelligence." ? Parson's poem (p.143) strengthens the suspicions. I love the coincidence that he wrote the poem 2 months before Hoffman "accidentally" discovered LSD.

Parsons was also friends with Robert Heinlein. I believe he was the one who invited Heinlein to visit the O.T.O. house. (source: 'Strange Angel' by George Pendle)

One could read Bob's question about why Joyce set Ulysses in 1904 as a question about the synchronicity with The Book of the Law. Bob may have known the ostensible reason Joyce set the novel in 1904 to coincide with his first walking out with Nora.

Bob does seem to treat Castaneda's don Juan as a real person in this text.

Originally, I thought the dog was not buried in this text, and took the entire Sirius account at face value until RAW convinced me not to upon further readings. I still wonder...

The origin of culture, language, etc. is an ongoing debate. How many have been introduced to similar concepts by Ancient Aliens on History channel?

I looked up the UFO book RAW mentions, OTHER TONGUES, OTHER FLESH by George Hunt Williamson, and discovered that it's just 99 cents as an Amazon Kindle ebook. So I bought it. Not sure when I will have time to actually read it, but searching inside he book (easy with an ebook, of course) revealed four references to "Sirius" and one to "Horus."

The Horus passage — I think it's part of a communication from an extraterrestrial — says, "Succeeding generations, who never knew of our actual presence, translated the teachings of their elders in the terms of their own experience.

"For instance, a cross-sectional drawing, much simplified and stylized by many copyings, of one of our space craft, became 'The Sacred Eye of Horus' and eyes of many other gods. Other symbolical and alchemical 'eyes' are merely representative of our means of transportation." (It's in a section of the book 47 percent of the way in.)

There is a Wikipedia article about Williamson in which I detect a skeptical tone and which attempts to put him in the context of other UFO enthusiasts: "Like his role-model Adamski, Williamson enjoyed referring to himself as "professor," and claimed an extensive academic background, which in fact was completely non-existent. In the late 1950s he withdrew from the contactee scene and even changed his name, concocting a new fictitious academic and family background to go along with the new name, while continuing to live in California."