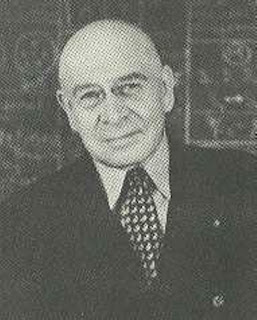 With these short entries we finish Part 1 of Email to the Universe and begin to move into some more Advanced Head Trips.

Allow me, my friends, a couple of sophistries:

First: If we are to understand ego and perception in the way that RAW intends, we could consider each of us gods who are in complete control or slaves of their own universe. Thus when we speak to each other there is an ontological conflict. Language is the composite that makes our cosmos and also what allows us to build a bridge between our separate universes; infinite care should be allocated to these divine interactions.

Second: I tried explaining Korzybski's "the word is not the thing" to my five year old daughter this week during a discussion about the Great God Pan and Jesus as "the Lord of the Dance." I asked her to lay out her hand and say "I have a ring in my palm." She did and I asked if there was actually a ring in her palm. "No." I then asked her to put out her palm and laid out of my rings in her hand. I asked her to be silent for a stretch and asked her if there was a ring in her hand although she hadn't said anything. I know this is trite but it seemed to be an effective lesson.

RAW's short jibe at the dishonorable and happily late-of-this-world rev. Falwell made me think of the disaster that is Abrahamic religion and their sick relations amongst themselves. Until humanity can understand that religion is but one way to regard the world around us it will remain as a poison that divides humanity and obscures the truth. Perhaps by understanding that religion should never be a source of morals (decency shouldn't be regulated by a hypothetical old man sitting on a cloud, i.e. rape and murder are generally bad regardless of whose watching) but rather remain as a metaphysical idiom we could declaw its vicious nature. 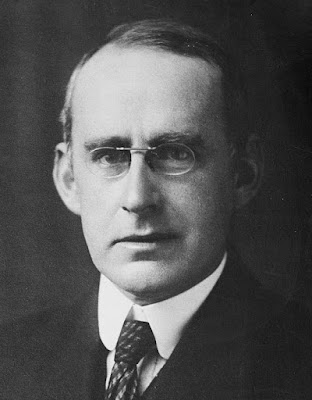 Sir Arthur Eddington, who is quoted twice in the closing parables was an early twentieth century astronomer who would have been considered a "science popularizer" in today's lexicon. Probably what endeared this man's works to RAW was his contribution to explaining the implications of Einstein's relativity to the layman.  I'm going to inflict some haikus upon you that I wrote during a walk in Cooper's Rock National Forest recently:


rivulets of sun
midst the shadows and foliage
there dances kether


a candy corn slug
no, a petal resembling
a sea cucumber

[Next week: Discussion of Part II begins, pages 83-104 in the print edition, through "Get Your New York Garbage Online" in the ebook. -- The Management.]

I would leave out the word “Abrahamic” in the last paragraph. The killer cult of Karl Marx and the fundamentalist materialism RAW frequently criticized have the same problems.

I like the first of your sophistries very much.

You're absolutely right supergee and that's definitely one of my prejudices coming out. Being raised in the hinterlands where godfear and neophobia are rampant warped my perceptions in many ways. Falwell is a particularly nasty piece of work in my mind. I remember feeling happy when I heard of his death- perhaps the first person I was able to conjure such an ugly emotion about. But it persists- Scalia's passing warmed the cockles of my heart and I am waiting for Cheney's with baited breath (although, who knows?, he's more machine than man at this point).

I spent a few years raging away over fundamentalist materialism and penned a couple essays concerning the difference between scientific skepticism and evangelical atheism. They...caused some arguments.

Yeah...I need to get back into doing RAW's sufi heart chakra exercise.

A coincidence related to last week's discussion: the day I posted, mentioning "The Sufi order employs as its emblem a heart with wings ..." (p.68)I met an old client sharing the studio lounge with us wearing a jacket with a flying heart emblem. Her name is Rosebud. Rosebud and her husband Scott are Northern California rural eco-activist, hippie-type musicians that would not look out of place at a Grateful Dead concert back in the day. I've never had the nerve to ask Rosebud if she was named after Citizen Kane's sled. The quote from p.68 continues, "(and the Orient Templi Orientis employs a circle - symbolizing both emptiness and completion - with wings)." Yesterday, an emblem for some organization of a circle with wings was on the front page of the CNN website. Speaking of the Grateful Dead, I saw the first episode of Long Strange Trip about them. It's very well done and includes a similar solar invocation that many Wilson books start with (including Email to the Universe)in its obviously esoteric introduction. The first Grateful Dead song you hear is: "St Stephen with a rose in and out of the garden he goes ..."

"A-Gnosis" (p.81)all about being a Cosmic Schmuck is my favorite piece this week. The play on opposites of the title reflects the play on opposites in the body and relates to the action of "flip-flopping" mentioned in the second paragraph. This play on opposites makes a nice preface for the next long piece, "Joyce and Daoism" that starts on p.85. Though speaking generally, it could also be seen as prophesying Donald Trump in the penultimate paragraph. We even see an allusion to Russians just before. The phrase "Cosmic Schmuck" gets repeated 6 times probably because obsession with pointing out solar invocations seems a sure sign of Cosmic Schmuckery.

When reading "God's Morals" I thought Bob would have loved this sweet ode . . . https://youtu.be/Zxc20saM8DA

If your friend Rosebud loves the Dead I'd bet she got the name from one of Jerry Garcia's guitars. He called the guitar with the skeleton giving the "peace" sign "Rosebud". Just a thought.

Rasa, great song! Joshua, I didn't know that. I'll be sure to ask her next time.

Next week we hit my favorite page in the book, pg. 110. Now, in the original New Falcon Edition (not the Original Falcon edition), it fell on page 109, and Bob suggested spending two years studying that page. I associated the page with Beethoven's Piano Sonata Op. 109, but now I will transition to the Piano Sonata Op. 110. Tom Jackson has spent a lot of time with the Beethoven Piano Sonatas lately. MIke Johnson had a great comment about Beethoven recently. I will look it up and post a link shortly.

Eric did you ever receive your Hilaritas edition? I'm curious as to what page you are referring to in regards to the new edition. Also will be interested in checking out Mike Johnsons comments on Beethoven. I'll have to say I've been getting more and more into Beethoven and other composers lately. I come from a Rock n Roll background but am gaining a fondness of classical music for sure.Thanks again Bob for all you have turned me on too!

Eric, is the "simple experiment" exercise on Page 110 what you are referring to?

Yes, I received the Hilaritas edition, and yes I meant the "simple exercise" on pg. 110.