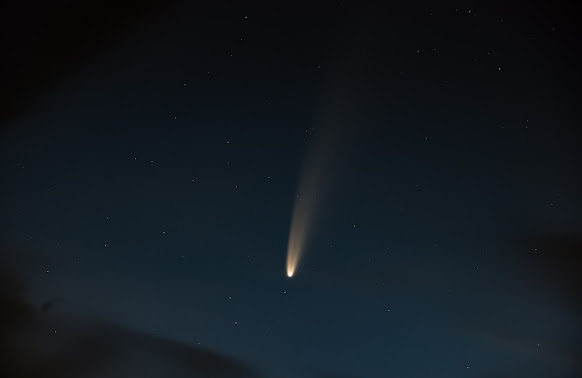 Photo by Samuel PASTEUR-FOSSE on Unsplash

I thought about steel manning the case for natural law, but realize I cannot do a competent job of it. The extent of my homework was to re-read Rothbard’s chapters on the topic in Ethics of Liberty, but it only left me with more questions. I turned to a Clarence Thomas web search hoping to find something more basic. Thomas’s belief in natural law was a point of controversy during his Senate confirmation hearings in 1991, albeit one that took a back seat to the Anita Hill allegations. It’s telling that one can find a litany of academic articles attempting to explain natural law, but very little in the way of a Cliff’s Notes version. Why does it take a law review article to explain something that’s supposed to be so self-evident nobody in their right mind would deny it? Furthermore, why don’t its proponents lead with actual examples of natural law? It ought to be the easiest way to make the case. If these “laws” are so timeless, cross-cultural, and intuitive, surely citing a few of them would give dimwits like us the lightbulb moment we need to recognize it.

After an admittedly weak effort to become a “metaphysical wizard…like Konkin and Rothbard” (p.54), I’m still left thinking that natural law is “ontological spaghetti” (p.45). I’m not clueless about it. I generally understand what its advocates are getting at. It just doesn’t seem possible to ever arrive there. Indeed, natural law seems only able to exist as high-level abstract theorizing. A fun thought exercise, but lacking “real world” applicability, it becomes worthless. Recognizing this, RAW uses his essay to "bring his adversaries down from out of the clouds” as Oz noted in last week’s comments. Or, as RAW puts it, “To come out of our heads…means to come to our senses, literally…” (p.83)

One of the more effective strategies RAW employs is to detribalize, as when he compares and contrasts some of the claims of competing natural law cultists: Mormons, Catholics, Objectivists, feminists, ecologists, Mayans, Aztecs, Nazis, Druids, libertarians, etc. No ideology is spared. These examples are endlessly amusing of course, but if you’re self-aware, they also make you wonder which of your own absurd beliefs might land you on this list.

If we can barely find agreement among today’s tribes on what is “natural,” how can we ever move backwards in time to evaluate generations past? Can’t we find one such law to put to the test? Says RAW, “about the only rule all tribes agree on is the one that says people who criticize the rules should be burned, toasted, boiled in oil or otherwise discouraged from such heresy.” (p.46) (An interesting aside: heresy “comes from the Greek, heiress, to choose…” (p.62))

The funniest parts of the essay for me come out this smorgasbord of cultural skewering. The whole thing has the feel of a George Carlin special. Indeed if Carlin was “the dean of countercultural comedians,” RAW may well be one of the school’s co-founders. I imagine RAW would have a comedic field day in 2022 given how many more competing natural law cults have arisen.

I found the most interesting line of RAW’s thinking to be his juxtaposition of scientific and natural laws. Natural law advocates are fond of claiming to have discovered the “Science of Justice” (Spooner), so it’s nice to see a philosopher with laboratory experience and scientific know-how confront the claim. Wilson says the claim stems from their misunderstanding of “laws” of the scientific variety, which, if we are being precise, are more appropriately termed approximations, current best guesses, models, etc. Yes, some prevailing scientific laws may be so reliable that we may take them for granted, but as we know, paradigms shift. Besides, scientists, unlike natural law cultists, never resort to burning, toasting, or boiling each other in oil for questioning or seeking to revise what we know. Err...

Perhaps natural laws are like scientific laws in that way though. Not quite universal, but so darn close that questioning them is reserved for only the nuttiest among us.

RAW: “[N]atural law in [George] Smith's sense would be akin to an absolutely Newtonian scientific prediction and would be equivalent to a kind of practical science, like saying, ‘if you jump off a tall building without a parachute, you will get hurt.’

"One trouble with this unexpected and incongruous intrusion of pragmatism into metaphysics, as I see it, is that it takes the spooky religiosity out of Natural Law, opens the matter to debate and discussion, examination of real details of actual cases, how to gauge probable outcomes, etc., and thus approaches real since, almost. This tendency seems to me a step in the right direction, but it relinquishes the metaphysical Absolute Truth that people like Rothbard and Konkin and other metaphysicians are seeking. That which is placed in a practical sensory-sensual space-time context is no longer absolute, but becomes a matter of pragmatic choice, tactics, strategy and the relativity that obtains in all empirical judgments.” (p.31)

(Another interesting aside: This study of human action, praxeology, is a central component in Rothbard’s and other Austrian economists’ philosophy, and comes from the Latin for the “customary way of doing things — i.e., the tribal game-rules.” (p.18))

After all is said and done, we are left with the conclusion that natural law is just a way for men to “rationalize their own prejudices.” (p.44). A word that appears frequently throughout the essay is “word” itself: “word-and-symbol hypnosis," “webs of words,” “word-play,” “snarl words,” etc. This is obviously no coincidence -- much of this debate over revolves around language, and how we map it to “sensory-sensual experience.” RAW shows that when coupled, “natural” and “law" happen to be two words that “do not correspond to any real territory.” (p.5)

Email ThisBlogThis!Share to TwitterShare to FacebookShare to Pinterest
Labels: Chad Nelson, Natural Law, Natural Law online reading group, Natural Law Or Don’t Put A Rubber On Your Willy And Other Writings From A Natural Outlaw

Dumb basic comment but Are we supposed to be reading up to P83 already, as you are certainly quoting from that far ahead.Just need clarification. TX

I'm sorry if that wasn't clear. We are asking people last week and this week to read the entire "Natural Law" essay, up to page 83. Next week will cover the next piece in the book, "Sex Education for the Modern Liberal Adult."

It did feel interesting to read the entire short book of the original Natural Law after spending 23 months reading Prometheus Rising.

Don't Marxists claim that Marxism is "scientific" and grounded in objective reality? I wonder if "natural law" isn't ultimately an effort to privilege classical liberalism/libertarianism as something that isn't mere ideology. RAW's arguments that libertarianism is ultimately another "belief system" seems to have hit a nerve, even if RAW's own opinions are largely libertarian.

RAW's overall argument seems solid but a debater could find some points to push back on.

p. 18 "... praxis which in Latin designated the customary way of doing things, i.e., the tribal game-rules." This seems an idiosyncratic interpretation of praxis, or, as I suspect, downright wrong. Praxis = "practice" as a direct translation from Latin. Looking up the etymology of praxis we find:

"'practice or discipline for a specific purpose,' from Medieval Latin praxis "practice, exercise, action" (mid-13c., opposite of theory), from Greek praxis "practice, action, doing," from stem of prassein, prattein "to do, to act" (see practical). From 1610s as "a collection of examples for practice." In 20c. given a particular sense in Marxist jargon."

Perhaps RAW sourced the sense found Marxist jargon for praxis? I don't know that sense of it. Following tribal game rules may appear one kind of praxis, but the word has less limited applications. Praxis appears on my radar because it represents the name of a band I've worked with over the past 30 years or so. The band defined praxis as the practice of alchemy (via making music) as opposed to its theory.

RAW ends his criticism of "the Roman Catholic dogma of transubstantiation" with "... all such propositions, since they cannot be tested, remain strictly meaningless according to the rules of the science game" It shows much insight and freedom from scientific dogma to regard the rules of science like a game. Likely much more insight than Rothbard, Konkin and the other Natural Law enthusiasts show. It seems to me that the transubstantiation of the Eucharist into the Body of Christ describes the religious or magick game, why should it have any meaning in the Science game? The movement of a Knight in chess has no meaning in a game of checkers, why should it, they involve different games.

The propositions RAW says can't get tested include "All round squares are essentially divine,"All colorless green ideas are essentially diabolical," All gremlins eat invisible cabbage," and lastly, "'the invisible essence of Christness' in something that looks and tastes like any other piece of bread." The first three propositions sound blatantly absurd and it seems it would be very difficult, if not impossible, to find anyone who believed in any of them. Surrounding the transubstantiation proposition (that millions believe in) with blatantly absurd propositions has the effect of making Eucharist making sound absurd, guilt by association. That tactic doesn't appear scientific, or even legitimate to me.

The whole section about it appearing impossible to find something unnatural in Nature seems a question of semantics, how one chooses to define Nature. This seems true only when defining Nature as an absolute encompassing everything that happens and everything that exists; synonymous with "existence," the example RAW compares with Nature.

Chad Nelson: "Besides, scientists, unlike natural law cultists, never resort to burning, toasting, or boiling each other in oil for questioning or seeking to revise what we know. Err..."
I think this is a very good point. It is perhaps telling that the original Natural Law essay dates back from roughly the same time period than The New Inquisition. In fact, in terms of themes and writing style, I found the essay to perfectly encapsulate where RAW was at at the time, and sort of linking to later works such as Quantum Psychology.

One thing that I'm growing to enjoy while delving into RAW's bibliography is to follow his personal development chronologically. Each decade brings us a different Robert Anton Wilson, and Eighties Ireland Bob really has something going for him in my eyes. Maybe he's being a tad less psychedelic than previously, but the constraints of the Touring Stand-up Philosopher routine must have fed into his writings.

“To come out of our heads…means to come to our senses, literally…”
Lying down and just observing, sensing and feeling tends to appear at the very beginning of magickal work in order to get ourselves down from the clouds and back into the direct present experience of our connection to the material world, our body. A prerequisite for any further advancement.

I wonder if, like lasagnas, ontological spaghetti can fly...