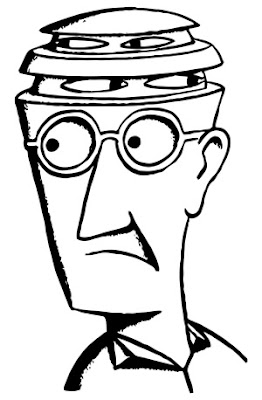 Well, this isn’t a heartening chapter and I can see how there could be many interpretations of this chapter vis a vis the state of the nation in 2022. I think the least controversial or biased assessment I could give would be that this chapter describes the state of the world that led to the current state of the world. There are many groups that feel oppressed, spied against and as if they are the target of a vast, whichever-wing conspiracy. Aside from the rapid advancements of mass communication, can we also blame decades, if not centuries, of mismanagement to the half-to-wholly deranged state of the populace today?

Certainly, our government’s inability to articulate the voice of the the people is one of the reasons for our current SNAFU situation; polls indicate that most Americans are for abortion access, cannabis legalization and more laws around gun ownership, but the actions of powerful interest groups and particuarly loud and belligerent parts of society have caused the current balkanization of rights that vary depending on which side of a river one lives. The overreliance on the Supreme Court to ensure our rights, instead of Congress, has guaranteed that the composition of the Court(s) is all-important; the tide had firmly turned against liberalism when Mitch McConnell blocked Merrick Garland’s nomination. Now, after watching the Court which has (mostly) defended civil liberties for the first part of my life, I must deal with the entirely predictable cognitive dissonance of watching the Court strip civil liberties from the American people. Perhaps, as other commentators have pointed out, liberalism was truly defeated after the Citizens United ruling which determined that people with vast amounts of money have every right to sway elections and politicians as they see fit. I guess we can take comfort that Antonin Scalia is looking up from hell and smiling at the work he accomplished.

The secret police, if they exist, have an easier job today when half of the country is at the other half’s necks and watches with delight when the “other side” screams and moans in dismay. I’ll admit that I enjoyed the indignant mewling of Evangelicals when Obergefell was decided and can recognize the same smug triumph in convervative/Evangelical writers today as they look forward to the overturning of Roe v. Wade. It doesn’t seem like we need a government created atmosphere of paranoia when we loathe our neighbors to such a degree, all we have to do is look at who has what political banner/sign/bumper sticker to feel threatened. To know that there are member of our of families that voted for that asshole, to know that this friend refused to get the vaccine, to know that our coworker is happy that abortion access is being restricted…I don’t need any fancy police to feel persecuted. That seems lazy and unAmerican, I can pull myself up by my own paranoiac bootstraps.

And if I were a person in power, I think I’d be delighted if I weren’t concerned with ruling well. When we can’t agree with what is happening when we see recorded evidence or hear recorded words, imagine what else the people in power can get away with. Better yet, if you believe certain sources, we can see what the people in power are getting away with and have to sit impotently by as those morons still support them. Oh ho! What fun!

It’s my turn to write a second post about this chapter so I’m going to save some of my ideas for then. I’m hoping to have some more positive reports after trying some of the exercizes given at the end of the chapter. Right now, please believe that the SNAFU principle rules the day.

“Communication is only possible between equals.”
Taken out of the specific context of this chapter, this reminds me of the difficulty for two persons operating on different Circuits to understand each other.

“One Nation under surveillance with wire taps and urine tests for all.”
I never get tired of RAW’s rants on the Piss Police.

“The last, the very last people to hide their actions should be the police and the government.”
To this day, the US government is still trying to get their hands onto Julian Assange for the Wikileaks revelations of war crimes. This, to me, is proof enough that they have nothing to do with Freedom and Democracy (capitalized, as they like to have it). I would extend the same criticism to the Bottom Dogs governments of most Western countries for abiding to the US Top Dog policy in this affair, in what seems like a good example of the SNAFU principle. We wouldn’t want to displease the Authority Figure here, would we now?

I find it a nice sync that we would reach this chapter 16 and its mention of the burning of Reich’s books right on time for the publication of Wilhelm Reich In Hell by Hilaritas Press.

Exercize 7 seems to me like a rewording of the already twice admonished “believe that you can exceed all your previous ambitions and hopes in all areas of your life.” Thus, through self-confidence, our own inner Prometheus could keep on Rising ever upward and onward.

“[...]rigiditus bureaucraticus sets in – the last stage before all brain activity ceases and the pyramid is clinically dead as an intellectual entity.”
In the Discordian calendar, Bureaucracy is actually followed by Aftermath, the last month. After which, of course, the YOLD starts anew with Chaos again, and being humus the same roturns.

Overall, as interesting as I found this chapter, I was at first a bit puzzled at its location in the book. But, with all its dealings in the dangers of paranoia, tunnel-visions, informational echo chambers, and constantly shifting versions of Truth and Reality, I have a sense that RAW is trying to caution the reader about the Chapel Perilous ahead for all wannabe Metaprogrammers. Talking about UFOs again, we read of “accidentally doing ill to many” while being well-meaning, and vice-versa. “But this is true of all brain-change technology”, Bob adds.

The current situation in the world feels a little more AFU than normal partly for the reasons mentioned above. I remain cheerful and optimistic, perhaps unreasonably so. Reason can only take one so far. I take inspiration from the opening words of Pynchon's Against the Daywhich begins with a quote from one of my favorite musicians, Thelonious Monk, "It's always night or we wouldn't need light."

Regarding exercize #1 about collecting evidence of my phone being bugged - I recall texting someone about a product then seeing ads for that product within minutes. AI Big Brother appears to watch us all.

The illustration gracing the first page of Chapter 16 (16 = The Tower = War) has four pentagrams on the cop's uniform reminding me of the power of that symbol. The U.S. Army uses the pentagram extensively. Huge pentagrams adorned the tallest buildings in Moscow when I briefly stayed there in the mid 1990s.

The parenthetical aside on p.231 "('One more word and I'll fire you, Bumstead!')" comes from the old comic strip called "Blondie." Blondie, Dagwood's wife, eventually divorced him, dropped his last name, and founded a new wave band. I saw her in concert in the early 80's - quite awesome!

I always enjoy greatly listening to Gary Lachman, formerly of Blondie. His knowlegde of the occult and his ability to discuss it I find both accessible and engaging.

@Spookah- I do take Celine's first law enough to heart I lecture on it at the beginning and end of the year as a de/briefing. I think the constant warnings are necessary anti-proofs so the reader doesn't rocket off towards CloudCukooland and then to another, and another, and another...my post of Jechidah this week discusses this.

@Oz- That quote always seemed sad/sinister to me. I remember reading Against the Day more vividly than any other Pynchon book.

@both of yous- I like Blondie and Lachman, but he's worthless where Crowley even comes peripherally into the purview of what he's discussing. When someone says with a straight face that John Symonds is the best of Crowley's biographers, one must raise an eyebrow.