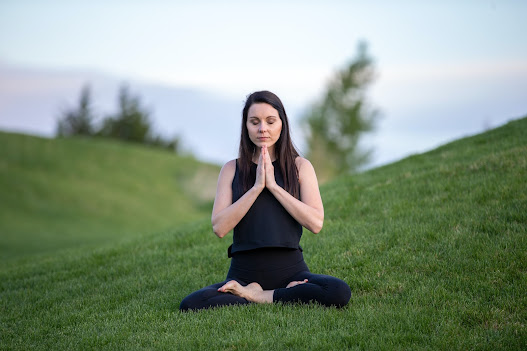 The latest piece we are all reading as part of are ongoing reading group reads both like an essay which is deeply engaged with Buddhism, and one that takes on the "Buddhism industry," at least as it's practiced in the West.

I've taken instruction in mindfulness meditation, and there's a lot of emphasis on technique: How to sit, ow to focus upon the breath, how to perform the walking meditations. (Mindfulness meditation basically comes out of the Theravada Buddhist tradition in south Asia; RAW seems more familiar with the Zen Buddhism that is prevalent in more northern areas of Asia, such as China and Japan). RAW's essay seems to offer a critique of such instruction:

There is probably nothing funnier than the attempts of an Occidental adult to learn contemplation. He generally sits tensely (in the full lotus position, of course), screws up his face as if he were doing a problem in triple integral calculus, and slowly turns purple.

If you ask him what he is doing, he says he is trying to "force" his "mind" to stop thinking.  A dog has more sense. He simply sits down, or more often lies down, and contemplates. He often does not think he's doing anything special, and he is not trying to become a Buddha. He simply contemplates.

This is pretty amusing and also maybe a little unfair; in mindfulness instruction, the instructors usually tell their students not to worry about whether they are sitting in the correct position, and they usually students to relax and not to judge themselves over whether they are "doing it right;" when your mind wanders, you are supposed to calmly focus upon your breath.

But perhaps RAW has a point; it's easy to get caught up on the awareness of breath technique. Perhaps the instructors should emphasize alertness and paying attention, and then simply say that watching your breath in one possible technique. RAW argues here that focusing on the techniques of meditation practice means that you wind up focusing on the "road map" rather than the journey.

I've had trouble maintaining a meditation practice. I know that other people say they get great results; I eventually get bored and feel like I'm not getting enough out of it.

The discussion that "In the highest contemplation, there is no consciousness of 'I'" toward the end of the essay sounds like a reformulation of the Buddhist doctrine of no-self.

I guess I am curious what other folks who have tried studying how to meditate will think of this essay.

This is another early piece, published in The Realist back in 1959. Next week, we take on "Don't Be Afraid of Black Magick," which was published in 1977.

We all have different temperaments that would make some approaches to meditation easier or more difficult. Not all techniques have the same immediate goal. I think the hurdles for a truly interested person have been lowered substantially since RAW wrote this, but perseverance is still a must. Having a purpose with real motivation helps with that.

The breathing is crucial to meditation IMHO. Deep or rhythmic breathing directly impacts brain wave frequency, so if one is interested in getting into a "meditative state," one of the easiest ways to do so is to focus on the breath. I was taught that practicing anulom vilom pranayama for 24 minutes prior to seated mediation would lead to a more "productive" meditation session and would also lead to prolonged mystical states during regular wakeful consciousness, if practiced daily.

24 minutes probably sounded like eastern superstition to me at first, but I also learned that in a lab setting, 24 mins. (or a ghatika, as my teacher referred to the time interval) appears to be about the time that the body begins producing nitric oxide during this alternate nostril breathing. Nitric oxide, when coursing through the body, leads to several interesting physiological and neurological changes.

I'm an irregular meditation practitioner but go through spurts of regularity. During these streaks, I always wonder why I don't stick to it every day. Hoping to change that in 2023. I don't ever miss a day of achieving one ghatika or more of anulom vilom, though, and haven't for several years.

Will comment later on RAW's actual essay, which I love!

After I wrote the above blog post, I started listening to the Hilaritas podcast interview with Oz Fritz, who remarked that in teaching magick, RAW's goal was to have the student work things out for himself, rather than just feeding him everything as a guru. So perhaps the essay is an example of that, encouraging the meditation student to pay attention to what works.

From Crowley’s Book of Lies- I’m sure RAW quotes this somewhere:


Breath can be a fantastic place to start, but there are other methods that lead to meditative absorption that might suit others better and the breath will sort itself out. How about a mantra?

Interesting essay. RAW begins with the metaphor of a radio. The second paragraph discusses literal radio technology, then switches back to radio as a metaphor for societal programming in the third paragraph. Embedding radio receivers into the heads of newborn children suggests to me letting kids have smartphones at an early age.

He defines contemplation as the temporary cessation of the internal dialogue. The comparison with animals brings up an interesting point. Aristotle distinguishes humans from other animals by saying that humans are a rational animal. Gurdjieff says that non-human animals are two-brained beings with physical and emotional brains while humans have a third brain, that of the intellect - rationality. So maybe animals find contemplation so easy because they have no internal dialogue to begin with as they lack the rational brain to use language.

We might infer from this that while higher consciousness has its own benefits and advantages, for instance we can use language to order a cheese burger while a dog has to beg and hope for the best, it also comes with its own set of problems to solve like how to take a break from the internal dialogue, etc.

Another quote from RAW on pranayama, from Illuminati Papers: “Emotional stupidity can be alleviated by the yogic breathing technique known as pranayama.” Elsewhere, source forgotten, he says something like, “It is impossible to stay angry after prolonged pranayama.” The last essay of this book, I Opening, contains multiple references to “yogic exercises,” which appear to refer to a combination of pranayama and meditation.

I found it humorous that RAW attributes Arlen's Heraclitus paraphrase, "you never make love to the same man twice" to a General Semantics principle when it seems obvious that Wilson himself appears the corporeal cause of that comment. That, and Arlen's attention to the present moment of their intimacy.