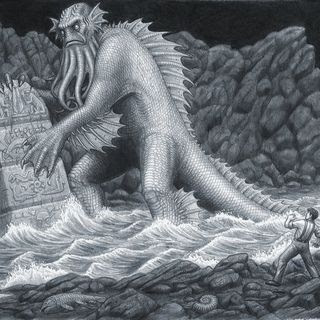 Welcome to week 22 of the RAWIllumination Cosmic Trigger Reading Group. This week we are diving into the first chapter of PART TWO: Models and Metaphors (185), including FURTHER FABLES AND ALLEGORIES, and The Sirius Evidence.


PART TWO opens just as PART ONE did so many weeks ago, with an awesome John Thompson illustration of a quote by Aleister Crowley illustrating, in more poetically concise language this time around, the Author’s notion of Model Agnosticism and the power of Doubt to refresh itself eternally while Faith always inevitably suffers and dies at the hands of newfound evidence.Bob then goes on to offer three fables which flesh this notion out, just in case you need him to slip you a convincer.

From the Sufi we discover that Doubt belongs to Eternity, From the Jewish we learn that Logic can lead to a sore nose, and From the German we learn something about the limits of our Knowledge. The stage thus set, the Author now goes about recapitulating The Sirius Evidence. 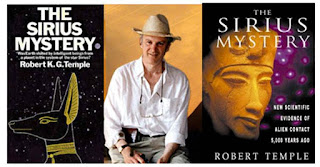 The question is this: “Have real honest-to-God extraterrestrials from Sirius been meddling in the affairs of this backward planet?” Because we’ve all theoretically read the previous 200 pages, and because this chapter is relatively short, I am going to stick to little things I have noticed that may shed some light or perspective on this little Summation of Evidence. 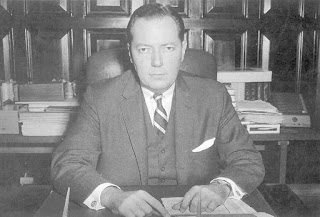 Page 189—Is Bob’s use of Garrison’s term “propinquity” (which word actually refers to physical or psychological proximity, as in "he kept his distance as though afraid propinquity might lead him into temptation" and which according to Google hit peak popularity in 1926 and began a steep decline in use beginning in, wait for it, 1973) a hidden code that all of this “coincidence” may be just that, meaningless coincidence? Recall that all of Garrison’s evidence never added up, and ultimately contributed to the downfall of Kerry Thornley.

Page 190—Bob asks, "Is it possible that the French anthropologist who collected the Dogon legends about Sirius — Professors Griaule and Dieterlen – – are a pair of hoaxers?” A few other possibilities—the Dogon were goofing on Temple, and had obtained knowledge of Sirius b from earlier anthropologists…which is the Carl Sagan stance, although that actually seems more far-fetched to me than some of the more “outrageous” ideas.

Interesting to note here the Dogon/Dagon connection, which ties in H.P. Lovecraft, whose name is the 5th “word” of this book! And for those interested in how the Pope’s hat figures into all of this…

Page 191—"Over and over," Bob writes, "one wishes that Temple had read a little in modern occultism to supplement his seven years of research into the Egyptian and Babylonian mysteries." If Temple had done his homework then Bob would have had much less to offer to the conversation!

191—Temple surmises physical contact in Sumeria ca 4500 B. C., and traces this tradition via secret societies etc through Egypt, the Near East, and Greece until the 5th century AD and the neoplatonist Proclus.

191—Bob surmises telepathic contact and connects it to “the secret tradition of Tantra and sex magick in the West, the tradition of which Crowley was the latest public representative.”

193—Bob links the Crowley and Gurdjieff traditions back to that same 4500 B. C., including contact with Sirius, and decides that the most economical explanation of all this seems to be that an Earth-Sirius communication has occurred at least once, probably several times.

I have to think that Bob also pondered on many a dark and star-filled evening—“How the hell did I tap in to this channel?”

So what do you think? Does Bob make a good case? Did it seem so when you first read Cosmic Trigger? Does it seem so with 40 years under the bridge?

Next week we look at ERP and Bell’s Theorem (193) and “see what modern physics has to offer.”

My first read I ignored the Crowley quotes and fell for it hook, line, and sinker. With 18 years under the bridge I am more skeptical, but mainly because of Wilson's own prodding not to believe it.

I read the Wikipedia entry on the Sirius Mystery. I can't decide how much of RAW's and Temple's Sirius narrative to believe; I think I'll have to sit down and read Temple's book and then read one of the pieces written by one of Temple's critics.

I've seen some very convincing criticism that debunked Temple's research and conclusions in that book. I've not read it. My research and experiments into the Sirius Mystery yielded interesting results. It seems likely to me that genuine contact with Higher Intelligence occurred with Leary, RAW and others that used the Dog Star to imply a point of origin. I have the half-whimsical belief that Higher Intelligence likes to fuck with people, i.e. guerrilla ontology par excellence. For awhile RAW attributed this bizarreness to a 6 foot tall invisible Pookah, which also likes to fuck with people. Sometimes it seems like the Marx Brothers are in charge.

i have read your article it is very nice thanks for sharing it is with us.
BlackMart APK Download
BlackMart Download