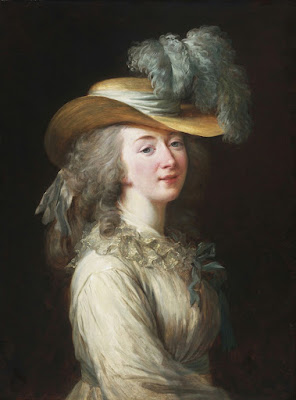 I swear that I hadn’t read ahead when I wrote last week’s post, aside from my initial reading years ago, but this is what I touched on that is addressed in this week’s chapter: the conditions of the Bastille, the identity of the man in the iron mask (and the actual material the mask was made of), Nasrudin, and the career of de Sade.

Jumilhac, the warden of the Bastille, was the predecessor of de Launay who was in command of the Bastille from 1776 until July 14, 1789. On that fateful day de Launay was stabbed by the crowd repeatedly and evidently cried out “Enough! Let me die.” before having his head sawn off, affixed to a pike, and paraded through the streets of Paris. De Launay is noted to have been considered a humane gaolor who made conditions better than the wardens the preceded his tenure. Given how conscientious RAW portrays Jumilhac,  de Launay’s fate can be seen as a bit extreme.

I only alluded to Nasrudin in the last sentence of my part of last week’s post but the fable should be familiar with the audience from Cosmic Trigger and other parts of RAW’s corpus. Mullah Nasrudin was a real person who lived sometime around the 13th century who was mythologized into an irascible teacher in the centuries after his death. Gurdjieff referred to the Nasrudin fables in his conversations and his stories were popularized by Idries Shah. (I believe, at least at the time of the writing of Cosmic Trigger, most of RAW’s information about Nasrudin and Sufism came from the works of Shah.) The quote from Old Orfali found in last week’s reading which Adie brought up in the comments seems to fit well with the moral of the Nasrudin parable in this week’s chapter: "He who understands Speculative Masonry,’ old Abraham Orfali said, ‘does not know despair, for every hour brings him new information to be absorbed and utilized."

For someone who cited Orson Welles as a primary influence it isn’t surprising that RAW tends to write in a cinematic style. He does so explicitly in the earlier Masks of the Illuminati and his later film scripts, Reality Is What You Can Get Away With and The Walls Came Tumbling Down are as readable as most novels.  In Chapter 15 the “camera zooms out” from the Bastille and covers much of France before beginning to pan across the Channel towards Britain for the beginning of Part II. During the shot RAW references way too many characters from history for me to fully annotate so I’m going to take a quick crack at them:

• anyone who has read Dumas’ The Three Musketeers or has seen one of the adaptations will be familiar with Cardinal Richelieu as the villain of the story. He was indeed the Minister for Louis XIII who was as ruthless as any politician.

• Denis Diderot was a prominent French philosopher who at the time of our story, 1771, had completed his Encyclopedie and was indeed employed by Catherine the Great of Russia in 1766 as her librarian. He actually wouldn’t visit St. Petersburg until 1773.

• The Encyclopedie was a huge undertaking mostly headed by Diderot that served as a way to disseminate Enlightenment philosophy and wrest control of information away from the Church. It was as unsurprisingly controversial as RAW suggests.

• Andre Morellet was an economist, contributor to the Encyclopedie, friend of Benjamin Franklin and Voltaire, who translated the writings of Thomas Jefferson and survived the French Revolution, doing better than most of his contemporaries.

• Madame Du Barry had indeed became Louis XV’s mistress in 1769 and whose life seemed to be made for scandal. From the moment of her arrival at the French Court young Archduchess Marie Antoinette despised Du Barry, in 1772 Louis commissioned a diamond necklace for her that put the crown deeper in debt, and while she stayed with the king on his deathbed he encouraged her to leave before his ultimate demise to avoid further scandal. She was confined to a convent after the King’s death and like some of the privileged prisoners in the Bastille was allowed to leave during the day as long as she was back at night. She was freed and lived in exile in the countryside after that. Eventually, during the Revolution, her slave Zamor joined the Jacobin Club; when Du Barry found out about the depth of his involvement she fired him leading to Zamor’s denunciation of his former-”mistress” before the Committee. Du Barry was subsequently brought to Paris and beheaded in 1793. The fate of her remains, like those of our brigands at the end of the Chapter, was being dumped in a mass grave. Louis XVI’s remains had been deposited in the same mass grave earlier that same year and Marie Antoinette’s would join them there soon. However, unlike Louis and Antoinette, I could find no evidence Du Barry’s remains were exhumed and buried elsewhere.

• Jacques Necker was the Finance Minister under Louis XVI who made the government’s budget public in 1781- a controversial move considering the secrecy of the French crown touched on in this chapter. Necker was liked by the public and his dismissal in 1789 was the catalyst for the Storming of the Bastille. He was later brought back into the government before resigning within a year. Surprisingly, he wasn’t beheaded.

• Catherine II, better known as Catherine the Great was a monarch of Russian who had sex with a horse or something. Anyways, HBO has a series coming out this month with Helen Mirren in the title role that looks great. (HBO please give me money I’ll be your shill.)

• Georges Danton was an early leader of the French Revolution who was either a moderate or a radical depending on who you ask. He was killed on the orders of his bosom friend Rospierre in 1794.

• Jean-Paul Marat was a very angry man with a skin condition that made him need to take baths all the time which must have complicated his career as a writer. He made a lot of people mad which makes his death by stabbing not that much of a surprise. Although he probably wasn’t a very good looking man, what with the debilitating skin condition and all, Jacques-Louis David’s The Death of Marat makes him look pretty sexy. He might have been cleaner than most people at the time: something to think about. He was eulogized by the Marquis de Sade as a martyr of the Revolution though Citizen Sade might have been bullshitting so he didn’t get guillotined at the time.

• Pierre Beaumarchais was as slippery a fish as the text makes him out to be who gained favor as a music teacher in the court of Louis XV before moving into the roles of diplomat and spy. He supplied arms and other sundries to both the American and French revolutionaries, capitalized on the death of Voltaire by publishing his works, and spent some time in exile. Today he is mostly remembered for his celebrated plays mentioned in the text which inspired operas by Mozart and Paisellio. He died peacefully in 1799 which is probably more than he deserved.

• I’m not explaining Napoleon and we’ve already touched on Cagliostro and Casanova.

• Charles Emmanuel III was the Duke of Savoy who did a lot of typical political shit.

• Louis Antoine de Bougainville was a French explorer whose travelogue of the southern hemisphere, Voyage autour du monde- published in 1770, was an early work of biology and anthropology which greatly influenced Jean Jacques Rousseau and Diderot.

Sartines' version of the Parisian proverb, from having “too many scruples” to being “simple-minded” on pg. 102 is practically relativistic enough to cause a chuckle.

In the final footnote we find out a little more about the chaotic life of de Selby which includes a sprawling refutation of the errors in an 18th century encyclopedia, his rough relationship with Denevue, and the attempted securing of the philosopher’s brain by La Puta.

This week’s music selection from Eric: “This week’s prison setting made me think of the film A Man Escaped which uses the Mozart C Minor Mass to great effect. The prison drama The Shawshank Redemption also uses Mozart effectively, with words by Beaumarchais, by the way. Beaumarchais features in this week’s reading.”

The film and play Marat/Sade influenced Wilson. He quotes from the play in the de Sade essay in Coincidance.

Excellent fleshing out of history and context!

If Pacific Gas and Electric (PG&E), California's so-called primary electrical "provider" (lol) had a Bastille, it would have been stormed by some of the millions (900,000 customers i.e. households and businesses) of Northern Californian's who had their power deliberately turned off for days by corporate decision, reinforcing the perception of evil behavior by heartless Corporations.

As far as I can tell, "Speculative Masonry" (p.59 Bluejay and earlier) appears a RAW neologism.

@Tom- great connection! I should have caught that- although I've never seen (or read) the play.

@Oz- If Corporations are people, does that mean we can guillotine them? I was horrified by that story.

"Speculative Masonry" is a term used in traditional Masonic lodges as opposed to "Operative" (actual stone working) masonry. (I hope I read the comment correctly.)

The chapter is set in 1771; I looked it up and Mozart was only 15 that year, with all of his best-known works yet to be written. And is four years before the American Revolutionary War begins. The American Revolution itself is well underway, in terms of colonial agitation. I thought Gregory's background on the chapter was very interesting.

Thanks for the correction on Speculative Masonry, I hadn't heard that term before. I know very little about Freemason nomenclature.

p. 62 Bluejay edition: "..."Count" Casanova, and a more recent Italian fraud, "Count" Cagliostro ..." RAW puts "Count" in quotation marks both times. When a qabalisti who communicates on multiple levels does this, then I count. Casanova = 197; 197 = El Supernus which I associate with the Supernal triad Kether, Chokmah, Binah and may relate to the meaning of his name "new house." Cagliostro = 391 for the name up to the last letter + 70 for the o. 391 = Salvation, help; The Inscrutable Height [Kether]; 70 = Pan = All. This counting appears to reflect The Great Work.

From Siggy’s claustrophobic viewpoint (alone in his reality tunnel) we zoom out to glimpse a much wider picture of others living in their own channels, observed by the All-Seeing-Eye of the omniscient narrator. Fascinating and evocative historic details make this book particularly interesting, to me.

I would love to know what reference books RAW had while writing this. I believe I read somewhere that he and Arlen collected encyclopaedias at one time (?) but I might assume he didn’t travel to Ireland with his whole library (?) Perhaps Prop Anon might know (he has been researching for his biography of Bob).