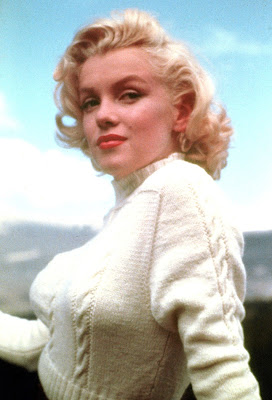 A good RAW piece, "The Goddess & Marilyn Monroe—The Golden Graveyard," published in 1989 and reprinted by the hard working Martin Wagner.

"If 'Marilyn' was a true Sex Goddess, in the Jungian sense, the Mask had, magically, devoured the woman behind it. Norma Jean learned to act, to dance, to sing—to switch from comedy to drama to musicals with apparent ease—but still feared that the Mask would fall off in public and her naked terrors would be revealed. Long before her death, she was 'the late Marilyn Monroe' in Hollywood lore because of the crippling anxieties that often kept her off the set for hours while she fought to conquer her doubts and uncertainties."

There are other good sentences.