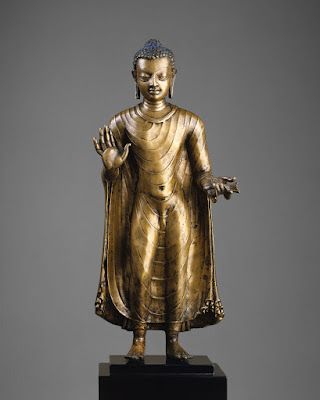 Image of the Buddha

Welcome to week #25 of the Cosmic Trigger Reading Group, in which we wrap up PART TWO: Models and Metaphors. This week we are looking at The Octave of Energy (214) and The law of acceleration (219), the first of which seems like the final pitch for the biggest of the big ideas in Cosmic Trigger (8-Circuit Theory) and the second of which provides that essential ingredient for suspense and engagement — the sense that time is speeding up or running out (“immanentize the eschaton” anyone?).

The Octave of Energy 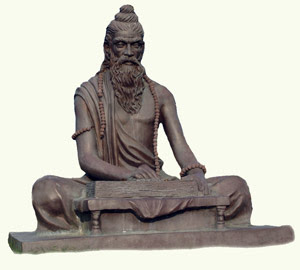 This little chapter is a very concise attempt to tie a lot of things together — cabala, tarot, astrology, I Ching, yoga, evolution, physics, chemistry, oh my. As noted on page 218, The Game of Life gives an exhaustive view of this glass bead game of correlations; here we just get a taste. 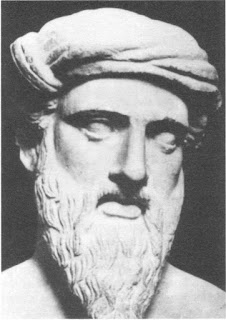 Bob does a lot of name dropping here — Pythagoras, Leary, Crowley, Buckminster Fuller, Buddha, Patanjali, Kepler, Mendeleev, Gurdjieff — and attempts to correct a historic injustice (John Newline being laughed out of the Royal Chemical Society for daring to think up 8 families of chemicals a decade before Mendeleev), all while attempting a sort of “support by association” case for that big idea of 8 brain circuits and all that they imply (terrestrial/post-terrestrial existence, etc.). 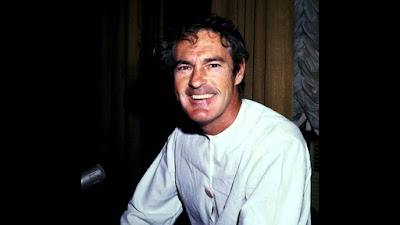 Lots of “idea dropping” as well — Octaves, I Ching, Noble Eightfold Path, 8 limbs of yoga. planetary motion, Periodic Table of Elements. Interestingly, Bob doesn’t really dive into music here, although it is certainly one of the most potent examples of the use of octaves, and interfaces extremely well with all of the states of consciousness explicated herein.

Kepler and his octave of planets

RAW also finishes with a salvo in the direction of his own brand of tantric non-dualism — “Any attempt to describe this octave as 'mystical' or as 'materialistic' misses the real point of Leary’s work.” (219) 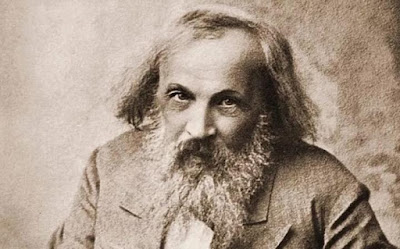 A quick story about Mendeleev. When he broke Church rules and remarried without the standard 7 year cooling off period, Tsar Alexander III is reputed to have said—“Mendeleev has two wives, yes, but I have only one Mendeleev.” Unfortunately for Timothy Leary, official sentiment for his breakthroughs was not quite so enthusiastic.

The law of acceleration

This riff is certainly familiar with any regular reader of RAW, and while it is certain that there is acceleration of some sort playing out globally, in this local Universe everything didn’t go “jackpot around A. D. 2012.” Of course, neither Tim nor Bob nor Terence lived to see that fantastic non-occurrence. (I wonder how Dennis McKenna feels about that?) 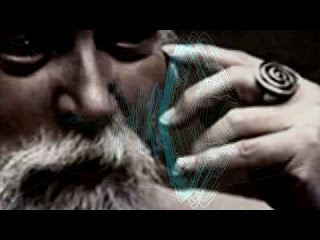 So—what happened? Of course, it could be that the idea was nothing more than a good idea, without real legs to move it along to fruition. Then again, maybe there is something to that notion that “most of the world falls in the category between 100% proven or 100% disproven. And we live among millions and millions, or as Carl Sagan would say, billions and billions of maybes, and only a few definite yes’s and no’s here and there. And they’re usually only temporary.”

And what of the possibility that the Grand Triumvirate of Trippers — Leary, Wilson, McKenna —weren’t wrong, only a bit naive about the strength of the power structures on Planet Earth, and the inability of living scientists, politicians, business moguls etc to wrap their heads around something just a little too far-out. Such that only the ARTISTS could grok it. And of course there was the crack-down on psychedelics, which pulled the advance edge back to circ5.

Of course, the Law of Octaves doesn’t describe a smooth and even course, as we can see on the musical scale in the difference in navigating from A to B and from B to C. And there is still a lot in here to dig out, even 40 years later with no BINGO in sight. 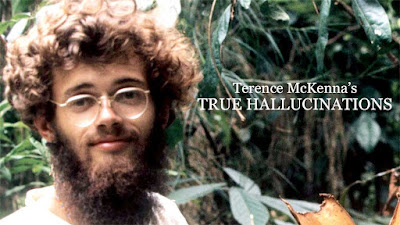 And even today, Bob’s writing is so compelling and speaks to a desire for the sort of Chaotic Harmony that dissolves the barriers between Mysticism and Materialism, Liberalism and Conservatism, the Eristic Illusion and the Aneristic Illusion that, just like Fox Mulder in The X-Files, I Want To Believe. Then I look at my calendar and think “maybe that’s what belief will get you.” Ah well, 40 years ago it was closer to the bone when RAW wrote: “As the McKennas say, it is hard to avoid hyperbole in trying to contemplate what this means.” And then the acid supply got dialed way down.

In Ursula Le Guin’s The Dispossessed, Shevek’s theory of everything, which made interstellar communication possible, is considered too materialistic on one world and too mystical on another.

I don't think the Leary/Wilson book "The Periodic Table of Evolution" every appeared.

The McKennas' theory of consciousness acceleration seems one of the most fantastic and fallacious theories in the book. 18 breakthroughs on the order of the appearance of life and immortality in the last 2 hours before peak? I don't see where RAW really endorses this theory. I wonder if he presents these hyperbolized claims as a way of shocking readers out of the subtle hypnosis of imagined limitations?

The 8 Circuits according to Led Zeppelin:

The song sequence of the first half of their last release, Celebration Day.

@Oz, I try to keep an open mind when I'm reading "Cosmic Trigger," but I admit the passage about the McKenna brothers made me say, "Oh, come on." I don't know if RAW really endorsed the theory, but even at the time, I don't see how he could have typed those sentences with a straight face.

I tried to find out more about Peter Flessel, the University of San Francisco professor RAW mentions who was studying the connection between the I Ching and the genetic code. If he wrote a book about that, I couldn't find it. Searching the Internet, I found a page from the Oct. 1-7, 1976, issue of the Berkeley Barb listing a lecture, "The I Ching and the Genetic Code," that was to be delivered by Dr. C. Peter Flessel. (It's listed next to "What Happened to the Counter Culture with Paul Krassner.") But after that the trail runs cold. C. Peter Flessel apparently later became an environmental engineer in California.

I found much of McKenna' s info-space intriguing, but it seemed odd to me that the Timewave model could have any number of start dates. The 2012 ending was only one possible end date. Although extremely skeptical by the time 2012 rolled around, a small part of me thought "maybe". The idea of a culmination, or end time, or Omega point seems intrinsic to our western notion of time.

@Tom, I also doubt RAW typed the McKenna predictions with a straight face. I see it as guerilla ontology, making the most outrageous claims possible to test readers gullibility.

The Led Zeppelin attributions meant to whimsically parody making everything fit into the 8 Circuit model. For instance, RAW's table of Gurdjieffian vibratory levels (p.218) appears entirely his own creation. I agree that the song Black Dog seems more about sex than anything else, but I assigned it to C3 based on the song title more than what the song is about. The opposite of Black Dog is White God, by qabalistic reckoning. Reading "The Game of Life" it seemed Leary regarded DNA (C7 the higher form of C3)as a good material description of the Judeo/Christian concept of God. Also, distracting thoughts or mental chatter (C3) sometimes gets described as 'dogs' that need to be tamed when trying to reach a higher state. For example, the last two mornings when meditating, I've been seriously distracted by the ongoing Miss Piggy/Donald Trump controversy. Apparently, representatives for Miss Piggy are preparing a defamation of character lawsuit against the candidate. The entire porcine community is supporting her and, even despite past indiscretions, her ex-hubby, Kermit the Frog has come out in her defense. Those thoughts, those 'black dogs' would have to get tamed before reaching deeper levels of meditation. I can only keep trying.