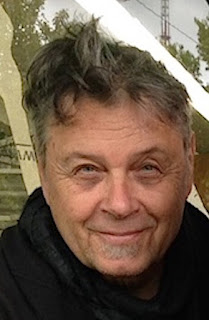 I finally got around to listening to episode nine of the Hilaritas Press podcasts, the interview with Antero Alli. Rather to my surprise, there wasn't that much about the Eight Circuit model -- there was much more about paratheater ritual, the concept of Chapel Perilous and noform. As with other podcasts, there are useful links at the link. As with other Hilaritas podcasts, Mike Gathers is a well-informed and sympathetic interviewer.

More about Alli at the official website, The website is the gateway for the courses Alli teaches; a class in Experiential Astrology is next.  He's on Twitter.

The next podcast, released on the 23rd, features Jesse Walker, although I don't know what Mike asked Jesse about.