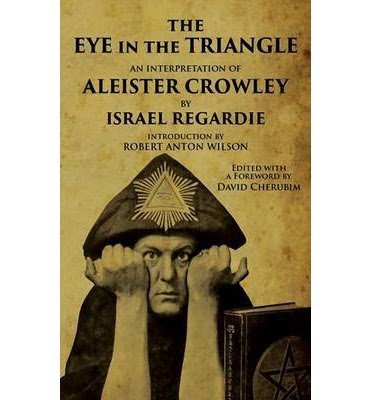 Welcome to week 9 of the RAWIllumination group reading of Robert Anton Wilson’s classic psycho-spiritual auto-biography — Cosmic Trigger (aka Cosmic Trigger I). This week we are covering pages 60-70 in the new Second Edition published by Hilaritas Press, an imprint of the Wilson Family dedicated to Liberating the works of Pope Bob as well as (eventually) bringing us the works of other authors of related spirit. (That’s 61-71 And/Or 7723) Chapter-wise we begin with Jim Garrison and the Illuminati, continue with Operation Mindfuck, and conclude with The Horrible Secrets of the Wicked Aleister Crowley.

Our readings this week are pivotal in the over-arching story of Cosmic Trigger, which is The Author’s journey through Chapel Perilous. Wilson finishes introducing the major cast of characters, foreshadows his entry into Chapel Perilous, aligns himself strongly with the Discordians (thereby revealing how engaging in an elaborate and extended practical joke—or guerrilla ontology—can bring about extremely unintended results). 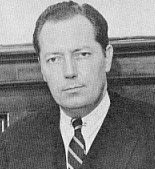 Jim Garrison and the Illuminati continues the story of Kerry Thornley and Discordianism, and Bob ties KT to Don Quixote, another wanderer in The Chapel, with JG playing the part of a Jolly Green Windmill I suppose. “Naturally [Bob gets] drawn into the controversy.” That word “naturally” seems very telling to me. The bit about “the establishment press” vs “the underground press” reminds me of The Discordians vs The Illuminati etc.

Irony runs deep in this passage toward the end of the chapter: “…if the New Left wanted to live in the particular tunnel-reality of the hard-core paranoid, they had an absolute right to that neurological choice. I saw Discordianism as the Cosmic Giggle Factor…” Kerry Thornley, the object of much of that paranoia, winds up going down the same road, despite his status as co-founder of Discordianism. Whew.

A few nuggets from this chapter —

• The first law of Discordianism: convictions cause convicts (whatever you believe imprisons you).
• Practical advice from The Sage: Read one or two periodicals from outside your reality tunnel every month.
• “As the fool always does before the doors of chapel perilous swing shut behind him.”

Operation Mindfuck continues with “Discordian Revelations” which “seem to have pressed a magick button.” Is this “magick button” somehow related to a “Cosmic Trigger”? At any rate, here we get more omens, weirdness, and synchronicities, as well as Bob and Bob starting work on Illuminatus! We also get 2 paragraphs on the origin of the 2 finger peace sign, and I’m still not sure just how much Bob is yanking our chains with this. Perhaps it is the chapter title that moves me to distrust this particular tale (completely).

At any rate, in the very next paragraph Kerry Thornley is linked to the Joint Chiefs of Staff (which seems, puff, appropriate), who are “honorary Discordian saints, belonging to the Order of Quixote,” and we learn another Discordian law: “Imposition of Order = “Escalation of Chaos.” 23 cc indeed.

The Horrible Secrets of the Wicked Aleister Crowley really aren’t that horrible, of course, and they certainly stand as a primary inspiration to The Skeptic, who is steered in their direction “one day in 1970” by Alan Watts (the Crowley-Watts connection will be fleshed out next week), who recommends The Eye in the Triangle: An Interpretation of Aleister Crowley, written by Dr. Israel Regardie, former Crowley secretary and current (at the time) Reichian psychologist. Soon our hero is connecting the dots between Crowley’s Tantric magick and Reich’s bio-energetic psychology, as well as Crowley’s “astral” energies and Reich’s “orgone energy.” Soon Wilson is reading all the Crowley he can get his hands on as well as corresponding with Dr. Regardie.

Ultimately this leads to the fateful day in 1971 when Bob, who does the exercises, enters Chapel Perilous while reading chapter 69 of The Book of Lies. Apparently oral sex can be a method of meditation as well as a technique for producing a permanent change in neuro-physiology. Soon Bob is tossing around all sorts of compelling phrases such as “sex magick,” “polyphase orgasm,” and “the Ascent of the Serpent,” as well as the notion that marijuana + tantra = Permanent Rapture Circuit.

“I finally had the secret of the Illuminati” says the man who has just wandered into Chapel Perilous and hasn’t heard the door swing shut behind him. Notice the (dis)similarity between that phrase and the subtitle of this book.

“The Crowleyan System,” as Bob sees it, ties together Western occultism, Eastern yoga, and modern scientific method (which includes Timothy Leary and Wilhelm Reich). Regarding Crowley, Wilson is careful to distinguish between the Man and the Method, and in this way creates the Wilsonian System, which updates and clarifies the work of Wicked Old Aleister, libertarianizes it, and infuses it with a strong dose of Maybe Logic. Of course, this is work for a future Bob, who must first go through the trials and tribulations of his journey through The Chapel.

Okay—that’s it for this week. Please add your insights and revelations in the comments. Next week we will “be” covering pages 70-79 new (71-79 old)—A Discordian signal from Aldous Huxley, deceased + The Net or the Network + The Lady of Guadalupe. Until then—Do the Exercises!

In the bottom right of the illustration on p.69 that depicts a female resting cruciform on what looks to be a skull seems an accurate portrayal of Crowley's N.O.X. formula which gets a lot of play in The "Book of Lies."

I'm curious what the rest of you guys do to follow Robert Anton Wilson's advice to read writings from a political group you disagree with. I self identify as a libertarian, but I read a couple of conservative writers (James Taranto and Kevin Williamson -- I think they are both good writers.) I've never really found a replacement for Alexander Cockburn, but I find ways to follow the left, such as reading the Salon email newsletter and clicking on some of the links.

The first paragraph and second paragraphs on p. 61: starts with "My God ...," then ends "... imprisons you," seems like a brilliant contrapuntal couplet in more than one way. From one point of view, the first paragraph communicates an alchemical technique, the second paragraph places it into uncertainty - whether or not to consider this valid. Looked at from a Hegelian/Gurdjieffian perspective: paragraph 1 = thesis/the affirming force; paragraph 2 = antithesis/ the denying force; experimentation = synthesis/ the reconciling force.

Operation Mindfuck seems to illustrate examples of OM within the content. Discordians taking credit for inspiring the peace sign? An Afro-discordian taking credit for Weathermen bombings was a prank by Kerry Thornly that ended up in RAWs fiction as Hassan I Shabbah X.

The blarney that the Discordians appropriated the peace sign from Winston Churchill connects with the (most likely) blarney that Aleister Crowley gave the sign to Churchill to counteract the swastika.

Oz--strangely enough when you turn the peace SYMBOL upside down it becomes the rune for protection.

Given my own peculiar and individual perspective, I find that I disagree with every group that gets radio or tv broadcast time, and almost everything that makes it to print in the above-ground press. And don't get me started on under-ground press, "blogs" etc. I find that I am inundated with disagreement! The most enlightening thing about this has been the belated (just like Bob!) realization that most of the folks writing and talking in the realms I am interested in are just completely batshit crazy! Finding people I can actually groove with is the challenge, which is why I always read the comments on RawIllumination!