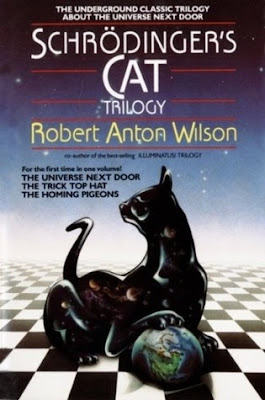 This week please finish the book and listen to Op. 135 and the last movement of Op. 130. Please comment on this week’s reading.

I hope all goes well. People often roughly divide Beethoven’s work into three periods. The quartets fall into these periods quite nicely. At the end of each period he tends to look backward and compose in a somewhat Haydnesque manner. One can see this in Symphony #2, Symphony #8, and both works in this chapter, Op. 135 and the new ending to Op. 130.

Pg. 362-363: Pantalone, Spavento, and Brighella come from commedia dell’arte. Melusine refers to a water spirit. I had forgotten that Proust’s narrator compares Gilberte to Melusine. Wikipedia says “Melusine appears to have inspired aspects of the character Mélisande, who is associated with springs and waters, in Maurice Maeterlinck's play, Pelléas et Mélisande, first produced in 1893.  Claude Debussy adapted it as an opera by the same name, produced in 1902.”

Pg. 375: Kerman says of contemplating the Beethoven quartets, “it has a way of shutting out other prospects.” Often when I finish this book, I don’t know what to listen to next. I consider these quartets as perhaps the greatest music ever written. Where does one go from here?

Pg. 376: I love the reference to “chthonic powers” – very Lovecraftian.

Pg. 379: When he discusses the personalities of individual quartets, it reminds me of how Crowley discusses getting to know the 78 tarot cards as individuals over the course of a lifetime.

As Schroeder would say, only six days until Beethoven’s birthday.
on December 10, 2018

I loved Peanuts as a kid, and Schroeder talk me to revere Beethoven.

The parts of Kerman's book I like best are the short biographical sketches like the one that begins chapter 11. Beethoven's life seems chaotic and difficult toward the end. It almost seems like he intentionally let his health go or perhaps he was just otherwise preoccupied. I saw a film called "Copying Beethoven" with Ed Harris playing Beethoven that seemed to accurately portray the conditions around Beethoven at the end of his life even though the plot of the film is fictional. I enjoyed the film.

For some reason all classical music was anathema to me growing up. I first entertained the possibility of experiencing the greatness and beauty of Beethoven's music from seeing Kubrick's "A Clockwork Orange."