About that great new book cover 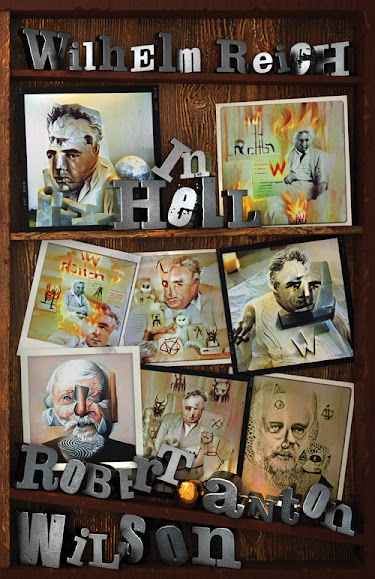 There are a number of reasons to applaud the new Hilaritas Press editions of Robert Anton Wilson's books, but one of them clearly are the excellent book covers produced by Scott from the amoeba design company.

I would someday like to see an exhibition of the covers, either in a physical location or online, but this Hilaritas page makes it pretty easy to browse the covers, and to appreciate that Scott does not take a cookie cutter approach  but attacks each cover assignment as a fresh challenge. (When do we get to buy prints of our favorite covers?)

I thought the cover for the just-published new edition of Wilhelm Reich In Hell was particularly striking, but while the book gives sole credit to Scott, I had the impression from some of Scott's comments on Twitter that in fact he got help from Eric Drass (see the shardcore website).

Scott replied, "Aye, i had the idea of a typesetters box and type due to bis books being burned, and needed some dreamlike images for polaroids from hell, so i asked the darklord of machine learning @shardcore.

"These were neural net / text prompt GAN created, and used in the photos in the box."

The reference to GAN soared above my computer software IQ, so I asked Scott to "explain his explanation" to borrow RAW's memorable phrase, and he kindly obliged:

"A GAN is the term for the overall use of training machine learning to do things.  Generative adversarial network.

"A GAN  generative adversarial network is a class of machine learning frameworks designed by Ian Goodfellow and his colleagues in June 2014. Two neural networks contest with each other in a game. Given a training set, this technique learns to generate new data with the same statistics as the training set."

Scott pointed me to this website and said, "This is a GAN thats doing the rounds on twitter, its a more advanced version of what we used....

"Search twitter or google images for Dall-E  u will get the jist of that particular GAN, but its just one of millions of uses, not just imagery, writing, scripts, editing and creation in ausio/video/imagery/3D objects/3D meshes for models/game mechanics."

I mentioned to Scott that I've experimented with making art using software (see this blog post) and he replied, "That's a GAN."

Only a few of the images generated by this process were used for the final cover; Scott gave me access to dozens of images and said I could use what I liked, so here are a few: "A pen and ink drawing of Robert Anton Wilson," used on the cover. 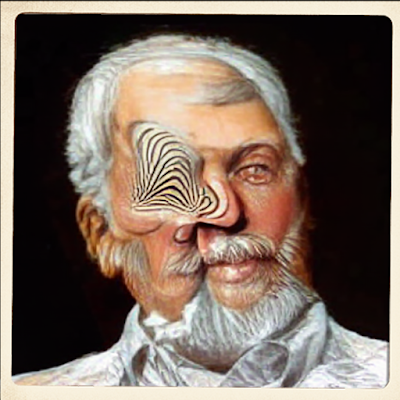 "RAW" also used for the cover 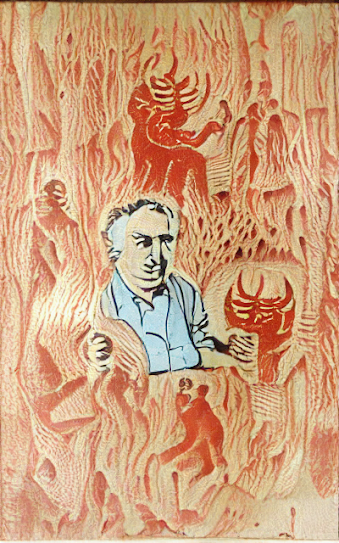 "A woodcut of Wilhelm Reich in hell" (cover may use part of it, I was not sure) 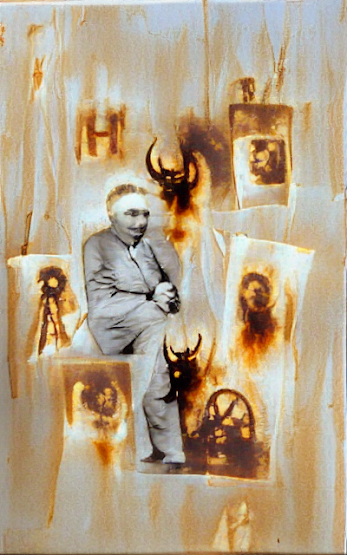 "A Daguerrotype photograph of Wilhelm Reich" 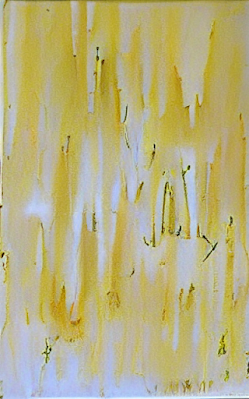 Great post. “When do we get to buy prints of our favorite covers?”
Great q!