Welcome to week 20 of the RAWIllumination.net Cosmic Trigger Reading Group. This week we are covering a couple of pivotal chapters — Mystery Babalon and Leary emerges from darkness and Sirius rises again, located beginning on page 161 Hilaritas. Many thanks to Adam Gorightly for going above and beyond the call of duty last week offering us a deeper look into the slow mental unravelling that can happen whilst wandering about in Chapel Perilous. The contrast between Kerry Thornley and RAW is invaluable for anyone considering a study of magick, the occult, the Illuminati, etc.

Before diving into this weeks reading, I want to replay a few choice quotes from Ishtar’s Walk, which can serve as a time-lapse of our Author hitting bottom and then emerging from the depths.

“Pity assaulted me; I wept.”
“Pity tour at me with claws.”
“Pity and horror.”
“It is an easy step from pity to self-pity.”
“At sunset, The fool got up and went out on the porch and watched the song sinking in the west, doing the Sufi heart chakra exercise, forcing myself to love all beings. I came back to life.”
“I reached a depths of despair and deliberately decided to love the world instead of pitying myself; and, afterwards, I was no longer afraid of anything.”
“Sufism had vindicated that self: the heart chakra exercise works. Perfect love cast out fear. I was beginning to emerge on the other side of chapel perilous.”

And now for our regularly scheduled broadcast.

Mystery Babalon finds our Author on October 12, 1974, hosting a Crowleymas party involving “weird and eldritch festivities” as well as nearly 100 local wizards and mystics. That must have been quite a scene. Our intrepid Author and erstwhile Shaman gets things started pretty quickly, invoking the notion of paranoia, and then flexing his new-found “emerging from chapel perilous” muscles, first by spending 20 minutes on the phone helping one Dr. H (not his real initial!) turn around a bad acid trip, and then spending 3 hours “practicing psychotherapy without a license” while helping another alias (Tom) grok that “he was the programmer of his own computer, and that it had only been a hallucination that made him think the computer was starting to program him.” 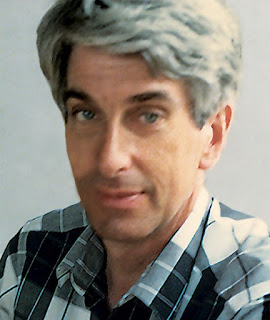 “And then Jacques Vallee arrived.” Bob immediately kidnaps him into “a room which the other party-goers were not informed about,” accompanied by Grady and Phyllis McMurtry, a couple of young magicians from Los Angeles, and Alias Tom. There ensues a conversation regarding alien intelligences, UFO’s, and extraterrestrials which brings to mind the Sufi tale of “The Elephant in a Dark Room.”

“Jacques said that the evidence emerging suggested to him that the UFO’s weren't extraterrestrial at all,” and that they “always strive to give the impression that they are something the society they are visiting can understand." 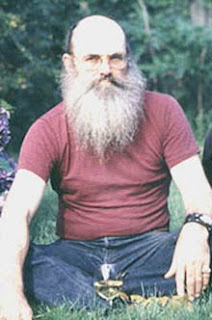 Bob asks Grady McMurtry about the extraterrestrial nature of alien intelligences—"Some of the things Aleister said to me," Grady replied carefully, "could be interpreted as hints pointing that way,” although he himself thought the theory of higher dimensions made more sense to him than the theory of actual extraterrestrials.

Bob himself states that he “was inclined to believe the Higher Intelligences were extraterrestrial.”

Alias Tom, a witch as well as a computer programmer (note how Bob used the computer analogy to talk him out of his earlier crisis) said that the Higher Intelligences are “imbedded in our language and numbers.”

There ensues talk of a War in Heaven, Secret Chiefs, and “beings we cannot understand,” which brings to mind the oft-quoted remark by Arthur C. Clarke that “Any sufficiently advanced technology is indistinguishable from magick.” Pay no attention to that Secret Chief behind the curtain!

The Author then dives into a story about Dr. H (from earlier in the chapter), auras, and Energy from the Sky resulting in a sort of ecstatic chest-pain and/or asthma, in which he ties together Anton Mesmer, Baron Reichenbach, Alexander Gurvich, and Wilhelm Reich as discoverers of “animal magnetism,” “OD,” “the mitogenic ray,” and “orgone energy,” and details a trail of magickal adepts who developed chest pain and asthma after experiencing this energy and/or the “beings we cannot understand”—including MacGregor Mathers, Alan Bennett, Aleister Crowley, and Israel Regardie, who was cured of his condition after undergoing bio-energetic therapy from Dr. Wilhelm Reich. Whew!

Interestingly enough, just at the time Cosmic Trigger was published, Reiki energy, the most popularized form of “energy work,” was just beginning to spread beyond small groups of practitioners in Japan and Hawaii on its way to becoming as commonplace and many other freaky ideas Bob was talking about way back then—yoga, meditation, etc. The Author then finishes the chapter with a Crowley quote which is a bit too enthusiastic perhaps in its prediction of a scientific understanding (and acceptance) of these energies. The energy work itself, however, is vibrant today…

Leary emerges from the darkness and Sirius rises again 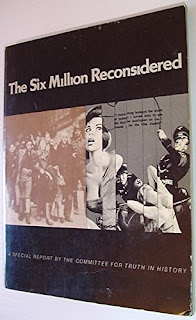 The Author herein introduces the Reader to Timothy Leary’s SMI2LE scenario, Space Migration, Intelligence Increase, & Life Extension, as “the three obvious steps that a reasonable educated God takes.” He then proceeds to mash-up some recent communications from Leary with a series of communications from one W.N. Grimstad, which included an elaborate theory which Bob describes alternately as “Cabalistic Numerological magick” and “rigamarole.” Interesting to note that the title of the chapter partially derives from a tape created by the aforementioned Mr. Grimstad titled Sirius Rising, and that over the past week, Sirius has indeed been rising, after spending 40 days “behind” our sun. Mr. Grimstad, by the way, is an apparent “Holocaust denier” and potential anti-semite, if Mr. Google is to be trusted, something our Author may or may not have suspected back in those pre-internet days.

The finale of this chapter gives the Reader an awesome example of “meaning” (“in the Jungian sense”), tying together Bob, Tim, Grimstad, the San Francisco Phoenix, the S.L.A., and Patty Hearst. Interestingly enough, the birth of Cosmic Trigger The Play involves another beautiful example of Jungian “meaning,” which John Higgs recounts in the introduction to the Hilaritas Press edition of Cosmic Trigger, and which Cat Vincent wrote about in March 2014.

That’s it for this week—please dive in with your own tales of Higher Intelligences, Jungian “meaning,” elephants in dark rooms, etc. Next week we will be examining The Horus Hawk and Uri Geller, The Motorman Prophesies, and Doggiez from Sirius, beginning on page 172, and finishing up Part I.
on August 22, 2016

I had asthma, starting a few months before I read Cosmic Trigger. I have been keeping it bay for many years with Western allopathic medicine.

My favorite mysterious contact with purported aliens remains Nick Herbert's. He's a scientist and can't be dismissed as a kook:

One of Iain Banks' novels, "Surface Detail," has a plotline concerning a "War in Heaven."

In the Banks version, a war is being fought to determine whether "people" in artificial realities can be tortured in a hell. Of course, for the people in the simulations, the pain is real.

Turning around Banks' plotline to us, raises the possibility mentioned in CT that higher intelligences are involved in a "War of Heaven" over our environment, whether it's simulated or "real. "

The War in Heaven narrative reminds me of the idea that there is a White Brotherhood and a Black Brotherhood, or the multiple Illuminati groups seemingly with cross purposes. Within the extraterrestrial paradigm there are beneficent aliens and evil ones.

Wilson admits that during this time he leaned toward actual extraterrestrials as an explanation.

"Real Magic" by Isaac Bonewits (p.166) ranks as a leading basic book on magic. RAW spells both the name of the book and the author's last name wrong. He has it as "Real Magick" by Isaac Bonewitz. The book has nothing to do specifically with Crowley's magick.

p. 165 - "... why does the gnosis always get busted?" seems a legitimate question. Crowley and Leary literally got busted. Gurdjieff blamed the car accident that ended his Institute and almost killed him on psychic attack. Historically, there's Socrates, Bruno, Galileo, Nietzsche, Reich, etc. My opinion holds the gnosis faces unconscious forces of resistance rather than malevolent entities.

Pretty much by definition, "the gnosis" would seem to threaten established religions and belief systems. In every society I've ever heard of, radical challenges to the status quo invite repression.

chas, perhaps it speaks to those who count (literally, not morally) of the Free Tim I Ching question Leary and Kesey threw which yielded Hexagram 23?

To clarify about 'Real Magic' by Bonewits - I suspect RAW intentionally mispelled it 'Real Magick.' Though not about Crowley's Magick per se, the clear exposition it shines on the basics of magic helps with understanding Crowley's system.