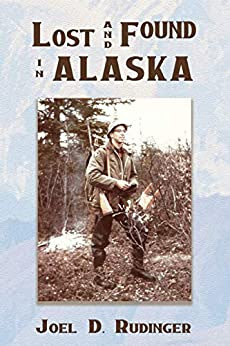 I know a lot of Robert Anton Wilson fans like William Blake, but just recently I have been appreciating just how influential he is. Lately everything I read seems to reference him.

The last book I finished in 2020 was the novel Plowing the Dark by Richard Powers, which as I wrote recently seems to reference a line in a poem by William Blake. And the first book I finished this year was Death Sweat of the Cluster by Znore, which has a lot about Blake.

One of the points Znore makes is that Blake readers often seem to have sudden visionary experiences from reading him. Yesterday, I read passages from the new book Lost and Found in Alaska by Joel Rudinger, a retired English professor in Huron, Ohio, not far from Sandusky and about an hour west of Cleveland.

Rudinger's book is a memoir about his decision to go and study in Alaska in the early 1960s, when he was a college student, so a connection to William Blake was not obvious to me. But Blake comes up in the first chapter, which describes Rudinger's decision to head north from Ohio. He's just been shown an article in "Time" magazine which describes a skinned moose skin hanging from the window of a dorm on an Alaska college campus, and the professor in his class walks in and teaches a unit on Blake's famous poem, "The Tyger." Here are the first two stanzas:

Tyger Tyger, burning bright,
In the forests of the night;
What immortal hand or eye,
Could frame thy fearful symmetry?
In what distant deeps or skies.
Burnt the fire of thine eyes?
On what wings dare he aspire?
What the hand, dare seize the fire?

In Rudinger's telling, the "What the hand, dare seize the fire" line helped fuel his sudden decision to move to Alaska and become a graduate student in English; Rudinger's book relates subsequent  adventures, such as having to go behind a tree to escape a moose attack and almost freezing to death on Christmas Eve. All partially inspired by a line in a William Blake poem.