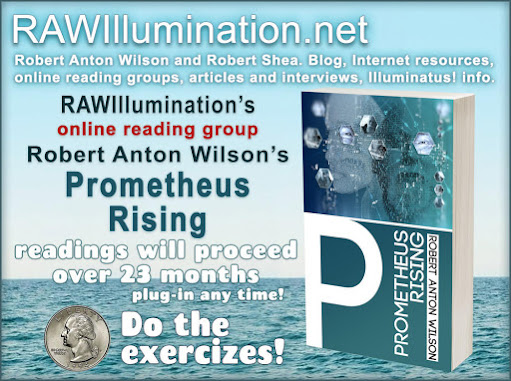 On Saturday, I had a good-sized glass of iced coffee sitting by my chair in our living room, and one of my cats was in my lap. I don't know I can really blame the cat or whether it was all my fault, but the glass was knocked over, spilling the coffee.

This launched a cleanup effort from both myself and my wife, and after the chair I was sitting in was moved forward, a coin hoard was discovered, of coins that had apparently slipped from my pocket over months or even years and landed underneath the reclining chair.

My wife told me to take the coins and put them in a piggybank, and I belatedly realized later that as I put them in, I noticed that some of them were quarters.

It wasn't how I envisioned finding them when I did the visualization exercise, but I think it counts as finding quarters. Of course, I have seen quarters around the house from time to time, such as on a counter after I empty my pocket, but this was completely a surprise discovery.

And I'm pleased that with the task of finding quarters finally out of the way, I can move on to the other exercizes.

As I was struggling to find the quarters, Eric Wagner was offering me advice on the topic, which I pass on to you. Eric tells me he does not consider it "cheating" to go to drive-through fast food places when they are closed, perhaps early in the morning, and look on the ground where drivers are likely to drop coins. This seems like especially good advice when many of us are curtailing trips to the store, removing ordinary opportunities to look on the ground for coins. I was planning to do that until I stumbled into the quarters under my chair.

How are the rest of you doing? I plan to re-read the first chapter and move on to the other exercises.

Congratulations. Schroedinger's iced coffee spills in one universe but not in the other.

Another place to keep in mind for quarters would be marijuana dispensaries in MJ legal states, as they are cash only.

I found a quarter just before the metal detector at airport security right as we started this endeavor but not one since. I can't say I remember to look, and realize that intention setting is a major part of this exercise, so if I were to step up my game, I'd need to set a reminder.

By now, since I still have not found anything but am actively looking everytime I am outside, I managed to pretty much convince myself that for sure there are NOT "lots of lost quarters everywhere" ahah. The amount of metal caps from bottles is ridiculous, though.

I want to now change my strategy, and plan on taking 5 minutes every day to visualize myself findind the quarter. Let's see if that will bring better results.

I was last week hoping out loud for a resurgence of Discordianism in the future. What I thought was wishful thinking actually was me missing the news, as the KLF seemingly appeared out of thin air on january 1st:
https://www.bbc.com/news/entertainment-arts-55507226

I have been seriously considering the option of securing for myself a brick in the People's Pyramid... Anyone else here liking the idea ?
https://www.bbc.com/news/entertainment-arts-55507226
I am just not too sure about carrying around with me this brick until I'm done living in this body. Might take a few more decades.

Another instance of inadvertently finding a quarter while holding the intention but not specifically looking at that time. Obviously the cat bears responsibility for the "accidental" spilling of coffee. Historically cats have served as familiars to witches and sorcerers aiding them in harnessing their magick powers. The film Bell, Book and Candle, based on a true story, illustrates a cat in its familiar role as a familiar aiding and abetting Kim Novak's magick intentions.

Clearly your cat, knowing of your operation to find quarters and knowing where some lay, waited for the right opportunity and circumstance to draw your attention to the coin stash. Even then, you didn't realize the quarter find until your wife once again drew your attention to the new found treasure and encouraged you to bank it. The Universe and your loved ones conspired to help fulfill your will of turning a visualized quarter into an actual one.

My cat hasn't helped me find quarters though she does help in other ways. I don't go anywhere except occasionally to the grocery store and to the recording studio where I found my first quarter. I haven't found a second quarter yet.

I've been on a RAW reading binge. I just read Illuminatus and the three Cosmic Trigger books over the past two months. I read Prometheus Rising back in 2007 or so and last month I thought to myself "In 2021 I'll do the exercises." Now I see others had the same idea! I'm a little late to the party here. Time to get some quarters!