The real-life subject of Krulos' book, Richard McCaslin, who sought to turn himself into a comic book superhero, may seem like one of the more outre characters in Illuminatus!, but he also resembles not a few of the people who stormed the Capitol building in Washington, D.C., a few days ago.

Here is a description of the book from Krulos:

The mainstream news media struggles to understand the power of social media while conspiracy advocates, malicious political movements, and even foreign governments have long understood how to harness the power of fear and the fear of power into lucrative outlets for outrage and money. But what happens when the harbingers of “inside knowledge” go too far?

Author Tea Krulos tells the story of one man, Richard McCaslin, whose fractured thinking made him the ideal consumer of even the most arcane of conspiracy theories. Acting on the daily rants of Alex Jones and his ilk, McCaslin takes matters into his own hands to stop the unseen powers behind the world’s disasters who congregate at conspiracy world’s Mecca- The Bohemian Grove. It all goes wrong with terrible consequences for the man who styled himself-The Phantom Patriot.

McCaslin is not alone, as conspiracy-driven political action has bubbled its way up from the margins of society to the White House. It’s no longer a lone deranged kook convinced of getting secret messages from a cereal box, now its slick videos and well-funded outrage campaigns ready to peddle the latest innuendos and lies in hopes of harnessing the chaos for political gain. What is the long term effect on people who believe these barely believable stories? Who benefits, and who pays the price? Krulos investigates and explains the power of conspiracy and the resulting shared madness on the American psyche.

Tea Krulos is a Milwaukee writer who does freelance journalism and who has written five nonfiction books; he has a particular interest in the weird, the paranormal and the strange but also writes about the arts, food, drink and other topics. His weekly column, "Tea's Weird Week," appears at his official website. See, for example, his column on the "The Top Ten Frightening Conspiracy Theory Stories of 2020."

John Wisniewki: Could you tell us about writing American Madness, your latest book, Tea?

Tea Krulos: The path of writing American Madness began about ten years ago. I was contacted by a man named Richard McCaslin who had told me about how he had raided a place called the Bohemian Grove back in 2002. He had adopted his own superhero persona, the Phantom Patriot and was a sort of conspiracy theory commando. I was interesting in hearing more about his life and talking to him led me down a path of researching various conspiracy theories and the people who research, believe, or promote them.

John Wisniewki: What research went into writing it?

Tea Krulos: I interviewed Richard slowly over several years and also filed a Freedom of Information Act request on him with the Secret Service, eventually getting their file on Richard. I also read and researched a lot of different theories, ranging from the JFK assassination to QAnon.

John Wisniewski: Could you tell us what the superhero movement is?

Tea Krulos: The "Real-life Superhero" (or RLSH) subculture or movement consists of people who adopt their own superhero persona and try to complete a mission. Sometimes it's pretty sensible like charity events or improving their community, but some actually try to fight crime. Richard considered himself to be a RLSH because he was a lifelong devotee of superhero comics and had adopted his own Phantom Patriot persona. He was largely rejected from that subculture at first for his conspiracy beliefs, though he did later make a few RLSH friends. 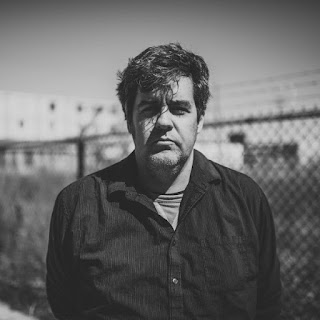 Tea Krulos: My book Apocalypse Any Day Now is a book collecting various takes on people believing that "the end of the world as we know it" is on the horizon, so I interviewed preppers and other people preparing for the end times, as well as explored how it is influential in culture.

Tea Krulos: My second book was Monster Hunters and it was about my adventures hanging out with various paranormal investigators. It was really fun and interesting, and I love hearing about paranormal topics even if I don't particularly believe them. As the book was approaching the release date in 2015 I thought I would celebrate the release by hosting a small paranormal conference, featuring some of the local Midwest investigators talking about their work. We had a day filled with speakers and panels talking about ghosts, UFOs, cryptozoology, and other topics. It was received really well so I decided to do it as an annual event. This year, of course, we had to do it as a virtual event, but hopefully will be back in-person this fall.

John Wiskiewski: What will your next book be about?
Tea Krulos: Well, I have a couple of book ideas in development, both along the same lines as my previous work. I'm not announcing anything until I have a clearer idea of what is going to go forward and when. I can say, though, that I'll have a book out next year that is a collection of short stories about a greasy spoon/ pharmacy store I worked at when I was young. The working title is Brady Street Pharmacy: Stories & Sketches.