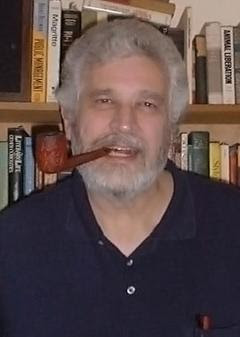 I am sorry to have to report that Libertarian writer Jeff Riggenbach has died. He was 74 when he died on Jan. 25, according to an obituary posted at the Mises Institute. Here is another obit. I expect to see more as the news moves through libertarian websites.

Because of his connections to Robert Anton Wilson, I have written about Riggenbach on this blog. He did a nice podcast on RAW that you can still listen to, as part of a series of podcasts he did on major libertarian thinkers.

And if you are interested in the revisionist antiwar historians that RAW wrote about, you will want to read Riggebach's book, Why American History is Not What They Say. I did a blog post about the book after I read it, with links for getting a free and cheap ebooks of the title.

The links on those two earlier blog post still seem to work, as far as I can tell.

If I can find a detailed obituary, I will post a link here. The Von Mises bio says that Riggenbach was a former radio personality working in "classical and all-news radio in Los Angeles, San Francisco, and Houston," so some of you may have heard him on the radio, and RAW may have heard him, too.