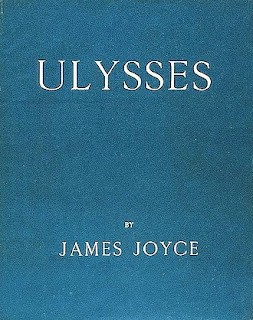 1. Robert Fay and our friend Roman Tsivkin from the Feeling Bookish podcast appear on the new "Should You Read Before You Die?" podcast, to discuss whether you should read James Joyce's Ulysses.

2. Znore discusses his new book, Death Swear of the Cluster, which I've recommended on this blog (and which I just finished.)

I've provided links but the usual podcasting apps on your smartphone should work. (Search for "Sync Book Radio" for the Znore podcast).

UPDATE: Daisy Eris Campbell will appear on the Feeling Bookish podcast on Feb. 28 and the recording will be released the next day, Roman Tsivkin reports.  More on that soon.