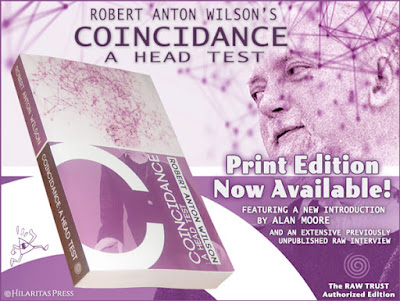 The new paperback edition of Coincidance has been released. The Kindle was released earlier, so now all editions of the new authorized title are available.

The new version has improvements and new material, including a new introduction by Alan Moore and a previously unavailable long interview with Robert Anton Wilson. Important: When I searched Amazon Wednesday morning, the site listed both the old and the new editions. Be sure you buy the Hilaritas Press version. If the book is listed as "unavailable" when you search for it, just try again later; Hilaritas may be busy convincing Amazon that it has the authorized title.

From Rasa, in the Hilaritas Press newsletter announcing the new edition:

"In addition to legendary graphic novel writer Alan Moore’s new introduction, an extensive previously unpublished RAW interview, and amoeba’s great new cover, a lot of less glamorous but noteworthy changes were made. Ninety-eight percent of the graphics have been redrawn, and an embarrassing number of typos have been corrected. An enormous amount of gratitude goes to our intrepid RAW Trust Literary Advisors, principally Gary Accord, Tom Jackson, Mike Gathers, Eric Wagner and Bobby Campbell who helped with editing, proofreading and untangling several head-scratching instances of where the previous editions had a number of graphics in the wrong place! Most of those graphics represent the symbolism Bob discusses in the chapters on James Joyce and so getting it all correct was crucial for apprehending Bob’s meaning."

Next up in the planned publication schedule is RAW's The Earth Will Shake.

Instant purchase. This is the first RAW book I ever read and remains my favorite. Excited for the new material. 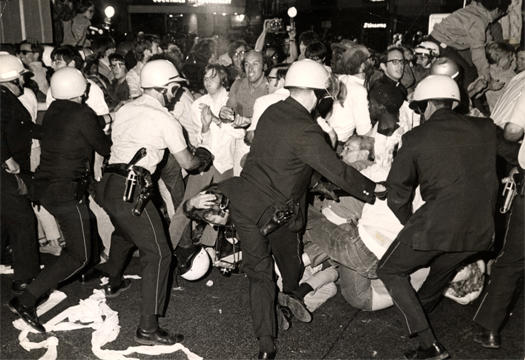