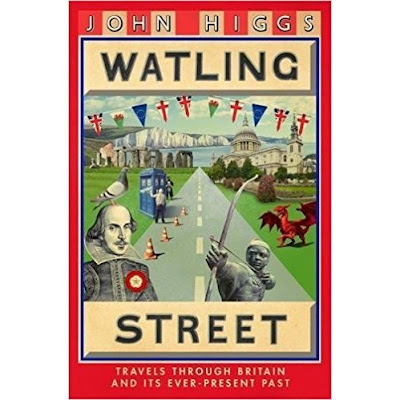 An announcement from one of my favorite writers, John Higgs: "Social media being what it is, I'm starting a newsletter. The first one doesn't go out until Feb 2nd, but if you're a keen bean you can sign up now." I've signed up; the rest of you lot can sign up here. It's supposed to go out once every six weeks.

My wife gave me a copy of Watling Street, John's latest, so know I can finally read it. It's a history of an old street in England and was never published in the U.S., apparently on the grounds that nobody in the U.S. is interested in anything from England. This seems strange to me, as it is hard to avoid hearing news about Prince What's His Name's engagement to the American woman, What's Her Name, but any case I can finally read the book now when I get time.

Higgs' official website is currently down, but a new and improved version will rise from the ashes in a few days.