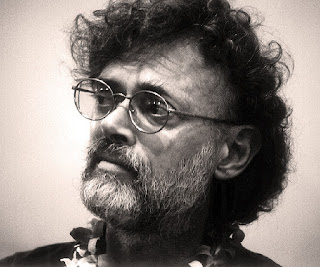 Spotted on Twitter: "1985 Ad for High Frontiers (predecessor to @2000_mondo) from Issue #1 of Psychedelic Monographs and Essays. Read the first issue of High Frontiers, incl. two excellent and early interviews with Terence McKenna."

Sentence about McKenna from the Wikipedia bio, in light of yesterday's blog post: "McKenna also expressed admiration for the works of writers including Aldous Huxley,[3] James Joyce, whose book Finnegans Wake he called "the quintessential work of art, or at least work of literature of the 20th century," science fiction writer Philip K. Dick, who he described as an "incredible genius,"fabulist Jorge Luis Borges, with whom McKenna shared the belief that "scattered through the ordinary world there are books and artifacts and perhaps people who are like doorways into impossible realms, of impossible and contradictory truth" and Vladimir Nabokov; McKenna once said that he would have become a Nabokov lecturer if he had never encountered psychedelics."

Terrance McKenna has indeed influenced my life ( although not as much as RAW). I currently live in Paonia, CO, Terrance’s home town. Coincidancely enough, I also run an organic mushroom farm here called Sirius Shroomery. Fnord.