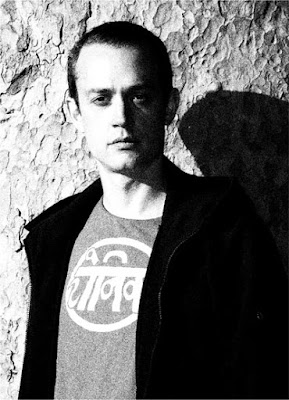 British novelist James Miller writes a piece for the Guardian on the "Top 10 conspiracy theories in fiction," and he puts Illuminatus! as No. 1.

1. The Illuminatus! Trilogy (1975) by Robert Shea and Robert Anton Wilson
Comprising The Eye in the Pyramid, The Golden Apple and Leviathan, this is the cult-fiction motherlode of postmodern conspiracy theory fiction. The authors were associate editors at Playboy and claimed to have been inspired by the letters they received from readers, filled with bizarre plots and paranoid rants. Taking these theories as truth, Shea and Wilson wrote a novel that playfully combines a range of conspiracies – particularly around the Illuminati – in a wacky intertextual collage of countercultural mayhem, including its own religion: Discordianism.

Miller's new novel, Unamerican Activities, sounds as if it were influenced by Illuminatus! Miller watched conspiracy theory videos on  YouTube. and then "took some of these conspiracies and turned them back into fiction – but treated them as literal truth," he says in the Guardian piece.

For more on Miller, see his website. His list of favorite writers omits RAW but includes RAW influences such as William Burroughs and H.P. Lovecraft.
on January 19, 2018

Interesting the Guardian website bookshop only list Robert Shea as author of Illuminatus! Nice to see links to at least one other book by him too.

I just checked and it says Robert Shea and Robert Anton Wilson. He must have fixed it.

In any case, congrats to the two Bobs!