Robert Shea fought for 'The Dispossessed' to win an award 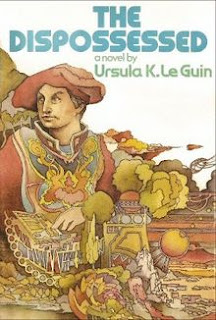 Robert Shea -- more of an active science fiction fan than Robert Anton Wilson -- was a member of the Libertarian Futurist Society, the group that gives the Prometheus Award.  I'm a member of the group myself. (If you share our goals, anyone is welcome to join).

When I went to Marcon in Columbus, Ohio, in 2015, I chatted briefly about Shea with the founder of the LFS, Michael Grossberg, who told me that when the group had given a Hall of Fame Award to The Dispossessed by Ursula K. LeGuin, Shea had been among the members who argued for it.

I know know a bit more about that debate, and Shea's role in it, thanks to a piece written by Victoria Varga and published in Reason Magazine.

I liked libertarianism a lot better when it recognized similarities with anarchists like Ursula Le Guin, Paul Goodman,…and Bob Shea.