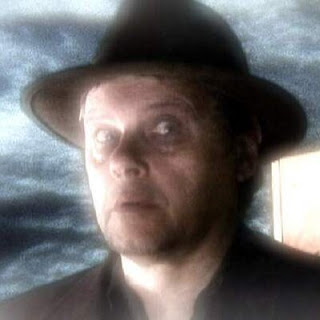 Antero Alli has rolled out his annual course on the Eight Circuit model written about by Timothy Leary, Robert Anton Wilson and himself. Details here.

Alli is the author of The Eight-Circuit Brain: Navigational Strategies for the Energetic Body.

Also, in case you missed it, Alli recently posted interesting new comments on my Nov. 15 blog post on the latest book on the Eight Circuit system, The Eight Circuits of Consciousness, by James A. Hefferman.

Alli wrote: "Listening to Jimmy discuss the 8CB model reminds me of the confusion many have who study this system. And that would be how these 8 circuits don't actually exist in the body/brain per se. The 8-circuit model posits a system representing various states of consciousness and functions of Intelligence in the body/brain feedback loop.﻿ The chakras, which the 8-circuits have often been erroneously associated with, refers to a biological network of energy centers linked with specific glands and bio-systems innate to the physical body and energetic bodies; the chakras don't refer to a symbolic system.

"My main point here would be how the 8-circuit model posits a SYMBOLIC system, not a biological nor a neurological one."

His "Angel Tech: A Modern Shaman's Guide to Reality Selection" is also a classic, and it too is based on the 8 circuit model.

Ironic that Alli himself promulgated the notion that the circuits are a Leary update of the chakras.

No irony; the update Leary made - from the oral transmission of the Hindu Chakra system he received at Millbrook in the early sixties - was towards the symbolic when he decided to coin what he called the major functions of Intelligence (or what Hindus refer to as chakras") as circuits.