A new edition of Waywords and Meansigns 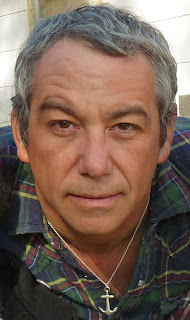 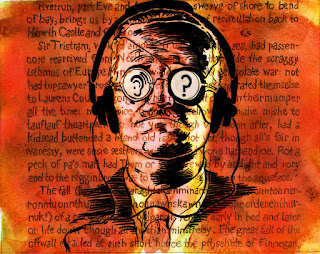 The Waywords and Meansigns logo

Remember Waywords and Meansigns, the recording issued last year that set the entirety of Finnegans Wake to music? I did several posts about it, and also featured this interview with two of the contributors, Steve "Fly" Pratt and Peter Quadrino.

A new second edition is going to be issued on Feb. 2, James Joyce's birthday, featuring an all-new cast of musicians and readers. Much of the second edition is already up at the project's website, where you can still obtain the first edition.

Here is the press release sent to me by Derek Pyle:

An all-star cast of musicians have joined forces to create what may be 2016’s most unusual literary project: James Joyce’s Finnegans Wake, set to music unabridged. The audio will debut next month on James Joyce’s birthday, February 2nd.

The project, dubbed Waywords and Meansigns, will release their unabridged musical adaptation  of Finnegans Wake February 2, 2016. All audio will be distributed freely under creative commons licensing via the project’s website, waywordsandmeansigns.com.

“Finnegans Wake is sometimes called the most difficult book ever written,” explained project director Derek Pyle, “but one of our goals to make the book more accessible. Joyce basically invented his own language to write the book. So yeah, it’s hard to read — but it’s a ton of fun to hear as music!”

I wrote back to Derek, noting that the kind of folks who read this blog are pretty hip to the Joyce scene and to culture generally, and might appreciate a complete list of contributors to the second edition, and he obliged by sending the complete track list (the last two are still in post-production but should be ready by the Feb. 2 release date):

I.2 - David Kahne (Paul McCartney's producer, did Sublime's eponymous album; Regina Spektor, Ingrid Michaelson; the list goes on. He was VP at Columbia & Warner Bros once upon a time too)

II.1 - Robert Amos ;  landscape painter, like the resident painter of Victoria (British Columbia). Amos is die hard FW fan. he has recorded unabridged readings of himself, the whole book, just for fun (never released except for this and another chapter in our first edition)

III.4 Conspirators of Pleasure - Poulomi Desai and Simon Underwood, who run Usurp art gallery in london. Simon was bassist in The Pop Group and Pigbag back in the day

IV.1 Graziano Galati. Graziano is a high school teacher in S Cali. His spiritual practice is reciting out loud 'classics' of literature for 2-3 hours every morning. so recording this was no problem!

I.7 Mike Watt (Minutemen, Iggy Pop & the Stooges) & Adam Harvey. Adam is theatre dude who performs Finnegans Wake - he has entire chapters of the Wake committed to memory (including this one)

I love Mr. Smolin! I plan to write a piece on his contribution soon.