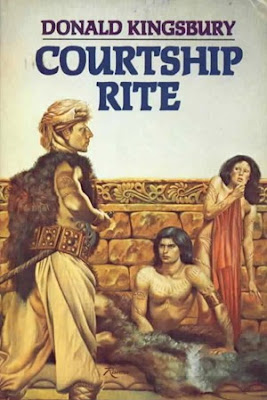 [Editor's note: This is the award that Robert Shea and Robert Anton Wilson won for Illuminatus! Here is the official press release from the Libertarian Futurist Society. I'm a member and sit on the board. I did a recent blog posting on three of the books mentioned here.  -- The Management].

The Libertarian Futurist Society has selected five finalists for the 2016 Hall of Fame Award, given in recognition of a classic work of science fiction or fantasy with libertarian themes. This year’s finalists are

Manna, by Lee Correy (published 1984): A novel about the economic development of space in the twenty-first century, and about competing economic philosophies that shape it. One of its most interesting aspects is the setting: the United Mitanni Commonwealth, an imaginary small East African country founded on a distinctive vision of personal freedom of choice.  Correy’s hero, a former American aerospace officer, is drawn into the Mitanni struggle both for a vision of the future and for simple survival, while discovering the customs of his new homeland.

Courtship Rite, by Donald M. Kingsbury (published 1982): A novel set on a planet in a remote solar system, where human colonists struggle with a harsh environment. The author, a mathematician, explores the mathematical concept of optimization in biological evolution, in political institutions, in culture, and in personal ethics—through linked dramatic struggles over political ambition and the creation of a family.

“As Easy as A.B.C.,” by Rudyard Kipling (published 1912): One of Kipling’s two “airship utopia” stories, set in the year 2065—but the utopia is an ambiguous one. Striking for its vision of a future that looks back in horror at the lynchings and racism of Kipling’s own time. Compact and evocatively written.

The Island Worlds, by Eric Kotani and John Maddox Roberts (published 1987): A novel of asteroidal rebellion against a corrupt and oligopolistic Earth. Unusual in its portrayal of an internally divided liberation movement with conflicting ethical and strategic beliefs.

A Mirror for Observers, by Edgar Pangborn (published 1954): A novel of conflicting factions of Martian refugees working in secret to influence humanity toward enlightenment and self-destruction. Notable for its vision of a future United States with two entirely new leading political parties—a constitutionalist party and a fascistic Organic Unity Party—and of its reaction to an engineered plague. Pangborn offers no radical solutions; he focuses on personal ethics, and he shows reasons for despair and then turns back to hope.

This year’s finalists were selected from a slate of fourteen nominees; three of them appear as finalists for the first time. Also nominated were the Firesign Theater’s “I Think We’re All Bozos on This Bus,” James P. Hogan’s The Mirror Maze, Murray Leinster’s “Exploration Team,” C.S. Lewis’s That Hideous Strength, O.T. Nelson’s The Girl Who Owned a City, Rush’s 2112, Robert Silverberg’s A Time of Changes, T.H. White’s The Book of Merlyn, and F. Paul Wilson’s Hosts.

Hall of Fame candidates are nominated by the members of the Libertarian Futurist Society. A committee of judges selected finalists, which are voted on by all members to select each year’s winner. Any work first published more than five years ago is eligible.

The Hall of Fame award will be voted on together with the Best Novel Award. The two awards will be presented together.
on January 19, 2016

I loved A Mirror for Observers and I liked Courtship Rite. I met Kingsbury at the Worldcon in 1983 in Baltimore when Courtship got nominated for the Hugo.