Cat Vincent and Gordon White talk RAW (and much else) [UPDATED] 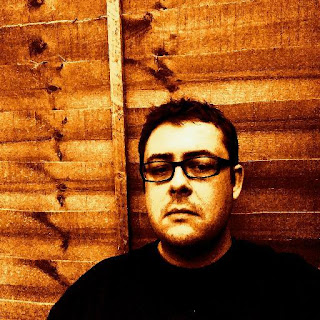 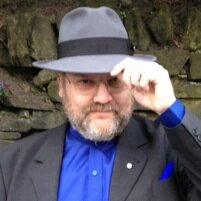 I wrote a couple of months ago about how I had started following Gordon White on Twitter — not knowing that he was interested in Robert Anton Wilson, but simply because I found his Tweets fascinating.

Gordon has now produced a long "Rune Soup" podcast, featuring an interview with British magician Ian "Cat" Vincent (who also has been mentioned often on this blog, although Mr. Vincent apparently isn't very familiar with me — he seems to think that Adam Gorightly originated the Illuminatus! online reading group).

Much of the podcast focuses on Cat Vincent's long, strange trip as a magician, and parts of it are quite amazing — Vincent had a consulting business for awhile as a "combat mage" for hire, until the pressure of new European Union regulations made him decide to leave the business! And there's other very interesting experiences. Different reality tunnels, indeed.

In part of the podcast, White and Vincent give their recommended RAW reading list. Some of their opinions challenge the received wisdom. They both like Cosmic Trigger I and Quantum Psychology, but Prometheus Rising in their view has dated badly and Illuminatus! is not very good. (I disagree about Illuminatus! and my own challenge to the received wisdom is that to me Cosmic Trigger 2: Down to Earth also is very good.) Gordon White also seems to think that The Illuminati Papers is a later work, published by New Falcon. Which book is he actually thinking of? Anyway, do listen to the podcast and see what you think.

UPDATE: After I posted the above, I heard the rest of the podcast and heard Gordon say that James Joyce was "the most overrated writer" of the 20th century, and Cat say that he liked the third book best of the "Historical Illuminatus" books. All I can say is that I beg to differ.
on January 07, 2016

It's a pretty stimulating podcast, both the stuff I agree with (e.g., Cat saying that Arlen's influence on RAW has not been taken into account enough), the stuff I disagree with ("Illuminatus!" isn't very good, James Joyce is overrated) and the stuff I kind of agree with (hagiography is not the proper approach the RAW, where I tend to agree with the sentiment but part on specifics). I was hoping some folks would listen and weigh in using the comments. Maybe I will blog more about it.

The boys are allowed to criticise art criticism. Yes, it is down to Tom to answer their criticisms over over-raters in the next reading maybe.
Maybe, they are being a little critical so as to not seem uncritical, not so much in that the books were not enjoyed experiences.
They may just have better favorites or a vision unrealized by Jim & Bob or any reason to be hyper and broadly critical.
People who don't like the styles of imps can often be forgiven for not appreciating the subtle mastery of these authors.
Hard to criticize something you haven't read, but reed-up al about it, that can sometimes induce criticism, where unqualified.
Star Wars. Gross. Haven't seen it...

Like reviewing Indian food. If you do not like Indian food.
What can you offer?
Tall Poppies will always catch wind. The boys are good to criticize.
All publicity can only help at this phase of star seeding them.

Keep the Lasagna full of curry flavour as a favor to the gods of criticism.