The bong of Avon? 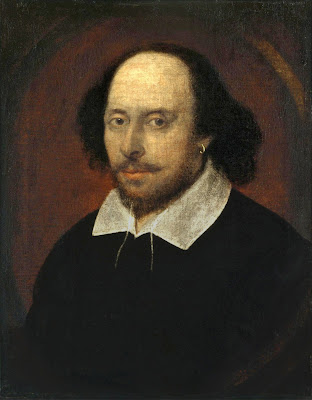 I'm reading The Little Book of Cannabis: How Marijuana Can Improve Your Life by Amanda Siebert, and I came across this passage in Chapter 3:

"Even William Shakespeare, one of the world's greatest dramatists, is thought to have used cannabis. This is the conclusion South African scientists came to in 2001 when they discovered traces of cannabis in clay tobacco pipes at Shakespeare's residence in Stratford-upon-Avon. While it's certainly a controversial point that most academics will contend with, not least because of Shakespeare's love of word play, the Bard does mention 'a noted weed' in Sonnet 76. Some believe he is referring to cannabis."

There are articles about this, including this one. Interesting, but I'm not totally convinced  yet. Kind of a big maybe.

Interesting, Tom! I assume you are enjoying it so far, or you wouldn't have posted about it. Do you recommend, or too soon to tell?

@Hugh, do you recommend either of those books? The Siebert book is pretty good so far,I'll have it finished in a few days.

I do recommend Smoke Signals even though I'm not finished. I was looking for a comprehensive history and this seems to me to be the best one out there. (His LSD social history, Acid Dreams, was also excellent.)

I tried to read the The Emperor Wears No Clothes by Jack Herer which all the cannabis elder statesmen seem to recommend, but the writing was a little too unpolished for my taste (it's free online at jackherer.com in case you're interested). Smoke Signals seems to cover all the same ground.