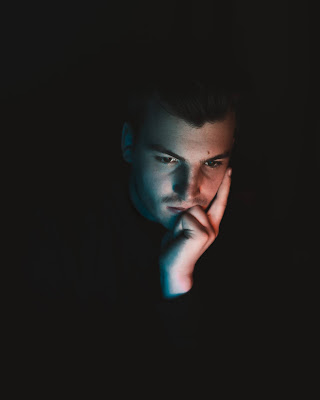 When I re-read Chapter 6, I was struck by Wilson's comment that "Whatever threatens loss of status, and whatever invades one's 'space' (including one's ideological 'head space') is a threat to the average domesticated primate."

It seems to me that this explains current politics pretty well. Democrats want to raise the status of groups that have been excluded from the mainstream of American life, and Republicans often seem driven by resentment that their base has seen a decrease in status.

I've spent a fair amount of time trying to figure out how to apply the first two exercises to myself. I already try to read a wide variety of viewpoints; I feel like I have to, as covering politics is part of my job.

The difficulty for me with the first two exercise recommendations is that I don't really consider myself a liberal or a conservative. I identify more as a libertarian than anything else, with an emphasis on peace and civil liberties. So what should I be reading to enter other people's reality tunnels?

As an experiment, I've put together a Twitter list of authoritarians -- warmongers, left wing extremists, etc. There really isn't a unifying theme, but it will force me to consider points of view from people I otherwise would tune out. [Update: I tried out my new Twitter feed Monday and I was disgusted by some of the Tweets, so apparently seeing the other person's point of view is a work in progress.]

I also pledge to try to watch a couple episodes of Tucker Carlson's show, someone I've managed to successfully avoid for years. As he is Fox's top show host, it also will be interesting to compare his show with his MSNBC counterpart, Rachel Maddow. My wife watches Maddow regularly, so I've seen quite a few of her shows. Will the nature of the emotional appeals for the two shows be similar, or will they seem different?

Yeah, pretty much. Does that imply I should be reading about magick? I've been trying to bone up on the subject.

Furthering the interest of the PR chapter and our Ishtar Rising group, I read an article in the National Review about "what is really making women unhappy." Turns out it's drugs and showing too much skin. Fascinating. (The author is evidently a professor at a Catholic university.)

A few people who have known me well have described me as your standard left-leaning libertarian. I do end up reading a lot of right-wing authoritarians.

I spent the past few weeks mostly away from the internet, but kept an eye on the reading groups here and over at Jechida. Thank you to everyone for these interesting posts.
I also recently went through Oz’ piece for the Maybe Day zine and found it to be a great read. I especially liked how, while many topics were being touched upon, the article still appeared as a coherent whole. “Literature prepares the ground for change” feels like a superb conclusion.
Nice as well to see a mention of Jorge Luis Borges, a psychedelic author if there was one, that I somehow puzzlingly do not see name-dropped often within the RAW community. I'd say he definitely has his place in the mycelium.
Incidentally, last week I visited Proust’s grave at the Pere Lachaise cemetary.
Looking forward to delve into your post on Pynchon!

While I was in France, the country from which I am following the news the closest (despite not living there), I bought a few newspapers leaning to what I thought might be different points of view than my own. They appeared to me as being, at best, one-sided mostly by conveniently omitting facts or simply not questioning any of the information they would report, and at worst almost totally uninformative. I still am on the lookout for opinionated, “witty” conservative journalism (not that I see myself so much as a liberal either). A quick glance at a few articles in the National Review showed that perhaps this could be it, but I honestly cannot be bothered going too deep into American politics. The issue with French press is that 90% of it is being owned by 9 people, all very rich and usually highly supportive of the current government, which they help win the election (or so it seems to me, and many). So much for plurality. And this is where I would join Apuleuis when he wrote about “hate reading” as a corollary to the exercize.

One interesting point, though, would be the different angles on the current events in Afghanistan. While American news seem to be focusing on what the US administration did right or wrong and all the should and shouldn’t haves, I get the impression that in Europe, the medias and governments are mostly shitting their pants because of the potential incoming...refugee crisis. Not the fate of Afghani people, but the fact that these people might want to try and enter the EU, and how to ensure this won’t happen (as of now, the strategy seems to be to tell migrants to go instead to the safe havens and beacons of democracy of Iran and Pakistan).

I should instead go back to reading/listening more from the zetetic community, seeing how I both enjoy maintaining my skeptic toolbox, and I now tend to veer in my views in directions they might call BS. This shouldn’t bring as much negative energy as hate reading disinformation and racist propaganda. Or perhaps more meditation could stop this type of readings from pushing my "territorial retreat buttons"?

I was wondering about RAW’s claim that “the neurological imprint is the blueprint for the entire organism”, along with the three drawings of people having extreme imprint on circuit 1, 2 or 3. Any science to back this up? As is written in exercize 5, why does he sound so sure?
I will try to keep this proposition in mind in the future, when looking for the Thinker/Prover in others, see if whatever they say might be coming from a place related to what I think is the circuit that had the heaviest imprint on them according to their physical appearance. As of now, it sounds like a pretty judgmental attitude to hold, but who knows.

I am glad to see RAW mentioning Carl Sagan in one paragraph in order to add more depth to his argument, rather than to diss him as he often does. I like Carl Sagan. “Billions and billions…”

I also noticed on page 82 the use of the expression “tale of the tribe”, which shows that this already was in Bob’s mind back in the early 80’s.

Page 80 has exercizes that aren’t in the exercizes part of the chapter (“every few years, study a science you know nothing about.”)
Right after that are those bits from Crowley. I admit not understanding why Bob saw fit to place them at this point of the chapter/book. Any thoughts?

Talking about quotes, the one that opens this chapter is about, and from, The Third Mind. The concept already popped up here some months ago, nice to see how things fit nicely.

Tom, exercise three in this chapter tells rationalists to subscribe to Fate magazine.