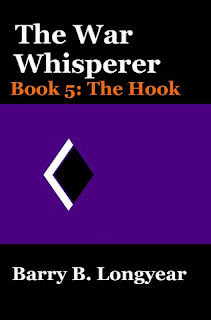 Science fiction writers Barry Longyear  and F. Paul Wilson and Reason magazine editors Jesse Walker and Katherine Mangu-Ward are among the writers who will be featured during the 41st Prometheus Awards ceremony, scheduled online at 3 p.m. Saturday Eastern Daylight Time.

The awards presentation will be about a half hour and will be followed by a panel discussion that also will feature William Stoddard, president of the Libertarian Futurist Society, and moderated by Chris Hibbert, a longtime LFS stalwart. Full details and Zoom link are here.

If you miss the live event, a recording will be posted later.

Many readers will know who Longyear and Wilson are; I've linked to  their bios. They are prolific writers who have piled up many awards and seen their works made into movies. If you are a RAW fan, you likely know Walker, the author of two excellent books, Rebels on the Air; An Alternative History of Radio in America (2001) and The United States of Paranoia: A Conspiracy Theory (2013). He's Reason magazine's book editor. Mangu-Ward is the editor of Reason and has written many fine articles. Stoddard has a long involvement with the Prometheus Awards and is an excellent critic.

I expect an interesting discussion and I'm not just saying that because of my own involvement with the Prometheus Award; if this was a panel discussion at a science fiction convention I was at, I'd make a point of attending.