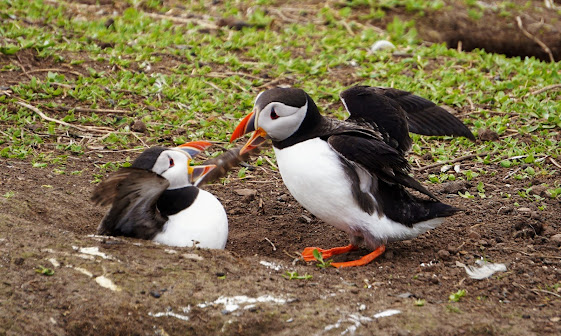 I tried advertising online for an educated Marxist, an intelligent Moslem and a Japanese businessman and the results were mostly of a sexual nature.

This chapter seems to be where we are getting into the more complex structuring behind our reality tunnels. Wilson does a fantastic job dissecting how the first and second circuits inform and shape our third circuit and how the third circuit’s sophistication is bent towards justifying the imprints of the earlier two. Things have been messy up until now, but now they’re going to get tedious. Now we have to listen to each other, ugh.

As I mentioned in response to Eric’s previous post, the “exercizes” at the end of Chapter 6 were ones that I took to heart. I now have a compulsion to read things I know I’ll disagree with. However, I’m almost positive that the manner in which I read these publications is not in the spirit of Prometheus Rising. If we were able to better ourselves and our understanding of reality by being exposed to ideas we disagree with, then everyone on the internet should be an enlightened soul at this point. The nature of the discourse has changed rapidly in the twenty plus years since Wilson revised his text.

Much of the publishing game online seems to run on outrage to generate website visits- “getting clicks,” as it were. This doesn’t lend itself to circumspection and well planned arguments. In today’s climate we often need to ask ourselves if a point is being brought up in good faith or as an obfuscation. Credibility is easy come, easy go. This is wild west logic, where the fastest hand often wins the day. Then again, one could argue that there are a variety of credible sources of different political persuasions or ideological vantages online and that the nature of human discourse has always been less-than-desirable. (History will back up the idea we’ve always been this way. Perhaps the internet has exaggerated certain trends.) As Wilson notes: “So-called ‘future shock’ has always been with us, since the semantic circuit began functioning somewhere in pre-history. In a symbolizing, abstracting, calculating species, all times are ‘times of change.’ The process is however accelerating faster as time passes, because the symbolizing faculty in inherently self-augmenting.”

I would say the greatest use of these exposure exercises isn’t simply to understand where other’s viewpoints come from but rather to help us become more rigorous in our understanding of our own way of thinking. While the internet is a constant source of entertainment, annoyance and distraction, I have been exposed to ideas I would never have conceptualized on my own and this odd dialogue has led to me considering my values and behavior more often.

I completely agree with the first sentence of the last paragraph of the post. I suspect most punters posting on the internet don't examine tunnel realities different than their own to widen or examine their own belief systems; exactly the opposite, they dig in deeper to their own beliefs.

I don't personally know any Marxists, educated or otherwise. Marxism, as I seen it used lately, seems a buzz word to attack with. I seriously doubt those who use it as a label for argument have the slightest idea about the philosophy of Karl Marx. Delueze appears the only educated Marxist I knowingly have gotten exposed to and studied. I have discussed religion with an intelligent Moslem and found it enlightening. I've been fortunate for broad exposure to contemporary Japanese culture through music. Also very different and enlightening. I love Japan but haven't been there since the Fukushima nuclear accident in 2011.

One might see reading Delueze as having a conversation with an educated Marxist.