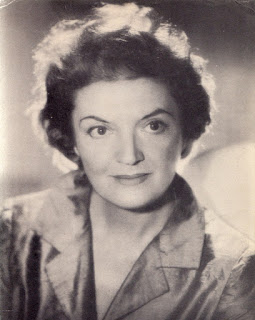 The exercises and many of the aspects of Chapter 5 have been well covered by the other bloggers and the folks posting comments, so I want to pick up on a topic brought up last week.

In the comments for last week's post by Apuleius Charlton, Oz Fritz wrote, "The meaness/kindness riff reminded me of You Are Not the Target by Laura Archera Huxley which I believe RAW mentions in one of the Cosmic Trigger volumes, a book of very basic yet extremely useful magic exercises (she calls them "recipes"). The title recipe works very well to dissipate the bad feeling experienced when someone says something nasty to or about you, or in general, anyone giving you a hard time for no good reason."

You Are Not the Target apparently remains available in print, although I can't find an ebook version, a biography of Laura Huxley is available on Wikipedia. The New York Times obituary also is available. (From the obit: "In 1963, as Mr. Huxley was dying of cancer, Mrs. Huxley ministered to him by injecting him with LSD and by reading aloud to him from the manuscript of “The Psychedelic Experience,” by Timothy Leary and others."

RAW's discussion of You Are Not the Target is in the appendices for Illuminatus!.

In APPENDIX LAMED: THE TACTICS OF MAGICK, RAW writes (surely it was RAW who wrote this section, and not Robert Shea): "A selection of magick techniques which will offend the reason of no materialist can be found in Laura Archera Huxley's You Are Not the Target (a powerful mantra, the title!), in Gestalt Therapy, by Peris, Heferline, and Goodman, and in Mind Games, by Masters and Houston. "

Terrific post. I enjoyed "You Are Not the Target". I will have to remember that title when I start to feel resentment.

Thank you very much for this lovely detour, Tom.

Here is a recording of Laura Huxley cooking for us her favorite flower recipe:
https://m.youtube.com/watch?v=zrWlQhoL5pI

I really like her soothing voice and diction, and find it a rather powerful meditation.

'Rainbow Walk' unfortunately does not seem to be on YT.

What I like about the "You Are Not the Target" exercise includes that Huxley recognizes the energetic aspect of getting assaulted by anger/bad vibes or whatever and suggests what to do with that energy, how to transform it into something useful, or at least benign.