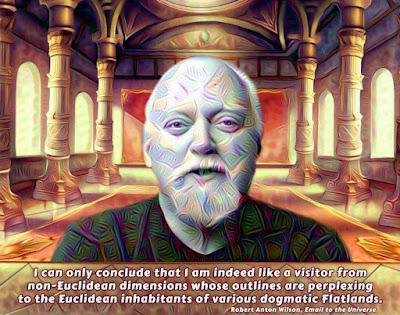 June Eris of the month.

The psychedelics evangelist: A German financier wants to turn magic mushrooms into modern medicine. "Though he still resolutely won’t touch even a drop of alcohol, he has banded together a team of like-minded entrepreneurs — including Silicon Valley billionaire Peter Thiel — to invest in a handful of startups focused on developing psychedelics."

Scott Horton on the future of antiwar.com.

Gravity's Rainbow, Gilles Deleuze and the Occult Part 4. Part of a series, and again, quite a bit about Timothy Leary. And now part five has posted.