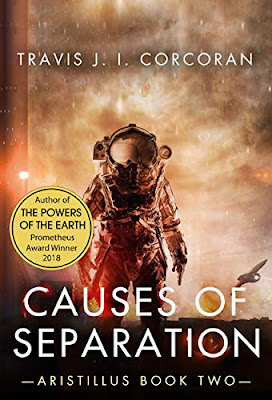 The Libertarian Futurist Society (a group I'm active in) have announced the new winners of the Prometheus Award, with Causes of Separation by Travis Corcoran winning the Prometheus, and Kurt Vonnegut's classic short story, "Harrison Bergeron," picking up the Hall of Fame Award. Corcoran has now won for two years in a row.

For more details, including the other finalists, please see our press release. (One of the finalists for the Hall of Fame was Robert Anton Wilson's novel, The  Universe Next Door.)

All of the finalists this year are good and worth reading. I particularly like Martha Wells' "Murderbot Diaries" books and Helen Dale's  Kingdom of the Wicked. Wells' books are quickly becoming famous and have won other awards, but the Dale work (two novels which posit an alternative future in which the Roman Empire undergoes an industrial revolution) seems a bit overlooked to me. I hope we've drawn a bit of attention to it.