The Parts Left Out of the Krassner Interview

I conducted a long interview with Paul Krassner in 2012, while I was researching my book about conspiracy theories. Last week, after Krassner died, I published an edited version of that conversation at Reason. But I truncated the transcript considerably before we posted it—the full interview was more than three times the length of the Reason version, because not everything we talked about was going to be interesting to a general audience.

Some of those excised bits might still be interesting to a more specialized audience, though. In particular, this selection from the cutting room floor may interest the readers of RAW Illumination, since it’s about Robert Anton Wilson: 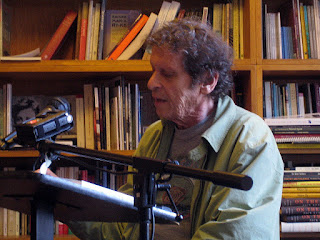 Jesse Walker: You stuck a footnote in one of [Wilson’s] earlier articles, when he mentioned being “greatly indebted” to Norman Brown’s Life Against Death. You wrote, “Editor’s note: As with Bob Wilson, there are undoubtedly books—fiction, non-fiction, serious, humorous—to which you are greatly indebted; write in and we’ll list ’em.”

Was that a jab? Or just a random joke? Do you remember this?

Paul Krassner: No, I probably meant that as a service to the readers....He was talking about Norman Brown’s book on—I’m trying to remember his thesis, the theme of it. It was pro-Norman Brown if I recall. And so I knew that there would be readers who might, just because Wilson recommended it—that they would be satisfied that it would be worth a read if Wilson liked it. And so I thought there must be other books like that, that they knew.

Because my policy was, instead of writing down to the readership— Because I’d hear magazine editors who say things like “We get it, but they won’t get it.” And one of the cartoonists for The Realist, Dan O’Neil, said to me: “We’re not peerless.” Meaning we weren’t superior to the readers, which a lot of magazine editors thought they were. And so I learned a lot from the readers. Because the readership I think had a higher level of education—not just education—but they were mostly FBI agents. I think they had a healthier skepticism than the population in general. And so I guess I must have printed anything that anyone sent in. Any recommendations.

Walker: I don’t think I saw whatever feature there was, but I might have just missed it.
Did you guys become friends early on, or did that develop later? Was it just an editorial relationship?

Krassner: We became good friends. Him and his wife, Arlen....In fact, I was still living with my parents when I lost my virginity at Mad magazine, and I had a date with that same girl, as they were then called. And we came to his house and so we shared the sofa. In their house, while they were in their bedroom. So I’d say we were intimate friends.

And then when he was living in Santa Cruz, and then L.A., my wife and I would have dinner with him and his wife. Every time they came to town, we were living in Venice, so this friendship remained until his dying days. We saw him in Santa Cruz, and he had post-polio syndrome, and he was weak and his energy was gone. But he had a support group there, which was a medical marijuana dispensary later on. And he was one of the ones outside city hall in a wheelchair with a bunch of others, smoking marijuana cigarettes. They were smoking joints to indicate they were patients and that this was medicine. And Mayor Adams didn’t do it. Didn’t call the police, or that sort of thing. So we were at his house and saw that his computer was extending his life, because he could communicate. It was very important to him to communicate with people and there was a group there who knew him. The people from the medical marijuana dispensary—a couple of them had joined these groups he had—on analyzing the work of James Joyce, for example. So he was really like a guru. Not that well known for it, but that’s how people treated him.

Have you ever seen the documentary made about him?

Krassner: Yeah, that was the one. We just saw it for the first time recently.

Walker: What did you think of it?

Krassner: It really captures him. Let me just take a little drink of water.

Krassner: (high-pitched voice) OK, that’s better! (normal voice) So I wrote this obituary of him. I think I called it “The Parts Left Out of His Obituary.” Which if you never saw I could send to you.

Walker: Was that the Huffington Post piece, or was this a different—

Krassner: Maybe it was.

Walker: I saw something you wrote about him for The Huffington Post, but I did not—

Krassner: That was probably it. I’ve lost four magazine assignments for having stuff on Huffington Post, because the editors wanted to be exclusives. And if they found something that appeared online, they wouldn’t publish it, so I stopped blogging. But anyway, that must have been it, because I don’t think I wrote anything else about him online. I think they asked me for something from Boing Boing, and I sent that to them too.

Walker: Just based on things that each of them wrote, I’m pretty sure that he and [conspiracy theorist] Mae Brussell really didn’t like each other. I wondered if you ever saw the two of them in the same place, if there was interaction, or if there was a sort of intellectual incompatibility that flared up in print.

Krassner: I don’t know how familiar she was with his work. I think it might have been that they maybe never met, were never in the same place at the same time. So I don’t know if he was aware of her work and admired it. But I don’t know if there was any enmity between them. Had you heard that?

Walker: I’ve seen things they’ve written that made sort of swipes at one another. I don’t have it in front of me, but I think she accused someone he was a friend with of being in a conspiracy, and he didn’t take to that, or...

Walker: Leary, or someone like that. I don’t remember who.

Krassner: If there were conspiracy researchers who didn’t agree with her points, she would think that he was part of the conspiracy.

Krassner: She believed she had the truth, and I think that a lot of it was just assumptions. 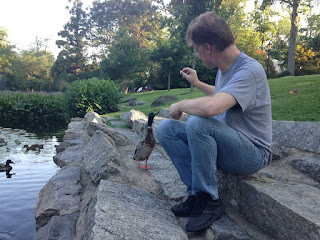 A few days after we spoke, I sent Paul an example of Wilson and Brussell crossing swords. It was copy of a letter Brussell sent to Conspiracy Digest, which amid other invective claimed that Wilson and Leary “are used by the CIA Intelligence Community to sugar sweet the yellow brick road to Oz, while the means to enslave mankind are being manufactured under our noses.” I also included Wilson’s sarcastic reply, which among other things declared that he has “been a high official of the Central Intelligence Agency since July 23, 1973” and has “gold bars (stolen from Fort Knox by Winthrop Rockefeller) stacked to the ceiling in every room of the house, including my cellar.”

“I’m glad you sent that,” Krassner replied. “I recalled arguing with Mae, trying to defend Bob and Tim, but she was too attached to her perception, which fit her own agenda.”

I wrote back: “Did you ever have the converse argument with Bob, defending Mae Brussell?”

“No,” he responded, “because I knew Wilson and Leary intimately, and I knew that Mae was wrong...for example, she convinced herself that the government helped Tim to escape, when actually it was the Weather Underground...since Bob defended Tim, Mae said he was brainwashed when  his whole philosophy was to avoid being brainwashed...I thought his response in Conspiracy Digest was a brilliant satirical approach, sort of like Stephen Colbert’s role-playing exaggeration of right-wing actions...”

“Oh, I knew you wouldn’t defend Brussell’s accusations against *them*,” I wrote back. “I just wondered whether you ever had a conversation with Bob (or for that matter Tim) in which you felt the need to say, ‘She does make some good points on some other subjects, though, such as...’”

Krassner’s answer: “yes, although that was in 1972”—that is, when he published Brussell’s first major Watergate article in The Realist. He added: “at that point, it was sharing, not defense—before she wrote that letter to Conspiracy Digest in ’77.”

Editor's Note: My sincere thanks to Jesse Walker, and again, don't miss his Reason interview with Krassner, which had more RAW material and much else of interest. His conspiracy book will interest many of you.

The first thing I remember reading was that Norman O. Brown piece. It was an attack on mind-body dualism in which he suggested that intellectuals who supported "the murderous abstractions of Joseph Stalin" did so because they were incapable of "loving flesh." Though I loved some people and did not love Joseph Stalin or his murderous abstractions, there seemed to be something wrong with that formulation. Eventually, by a process much slower than Treppenwitz, I put together a comeback: "Of course I love flesh. That's why I eat some of it every day."

There's an article in the Times today suggesting that some of the crazy shit Krassner said about the Manson case may be true: https://www.nytimes.com/2019/07/28/style/charles-manson-book.html?action=click&module=Editors%20Picks&pgtype=Homepage

I was looking at that Manson book in a store a couple weeks ago. I wasn't sure how seriously to take it, but I appreciated the fact that the author seemed not to have a big theory of his own—that he didn't buy the official story but had not managed to convince himself of one of the alternatives. (Or at least that's the sense I got while browsing. I haven't read all or even most of the book.)