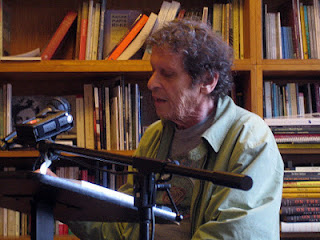 Jesse Walker has responded to Paul Krassner's death by publishing a "Lost Interview" with Krassner, and some of the discussion is about serving as Robert Anton Wilson's editor.

Walker: What was the editorial process like with him?

He would do a thing on Ezra Pound's poetry. And I really didn't quite understand it, but it was interesting that he could transcend the Nazi aspect of him and just deal with this poetry. Because he was a taboo, you know. So for me, it was like, "Can you separate art from the personality of the artist?" It's like Wagner.

More about RAW (and much else besides) at the link.