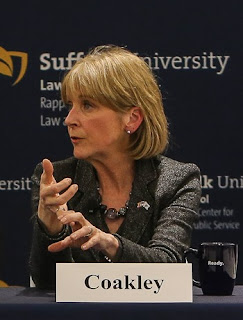 Robert Anton Wilson's Chaos and Beyond, a collection of the best material from his "Trajectories" newsletter, is kind of underrated book. The RAW estate has let it go out of print and it's not a book RAW fans bring up very often, but I really enjoyed it when I tracked down a copy.

The book includes a scathing RAW article, "Sex, Satanism and Sodomized Dogs in Southern California," on the McMartin preschool case, which ruined the lives of several people and shut down a business over ridiculous, false allegations. You'll never feel prouder of RAW than when you read his piece railing about the case. Here he is on the related nonsense of "recovered memories."

Here is a bit from RAW's follow-on piece:

After I wrote "Sex, Satanism and Sodomized Dogs," the new witch-hysteria continued to escalate all over the country, and in a few foreign countries as well. It finally seemed to reach the point where those of us that the "experts" could not induce to "remember" Satanic molestations and cannibalistic rituals, UFO abductions, or at least run-of-the-mill incest seemed an increasing small part of the population.

Many "experts" explained, lamely, that we few unmolested people simply suffer from a collective amnesia brought on by horrors too awful for the mind to recall. This total forgetting of alleged years of hellish terror even has a "scientific" (or "pseudo-scientific?") name now: "robust repression."

Curiously, in the case of the best-documented case of the 20th century — the Holocaust — not one recorded victim has suffered from "robust repression." The survivors all remember very well every horrors they saw, and none of them ever needs hypnosis or psychological to help them "remember" (much to the annoyance and inconvenience of Holocaust revisisionits).

The Wall Street Journal's Saturday book section has a review of a new book on the panic, We Believe the Children by Richard Beck. The review is written by Carol Tavris, a name I plan to remember from now on. I urge you to read the review, and I plan to hunt up a copy of the book.

The illustration for today's blog post is a photo of Martha Coakley, a prominent Massachusetts Democrat who was the state's attorney general and a (losing) Democratic party nominee for senator and governor. Here's a paragraph from Tavris' review:

Finally, here are the prosecutors who gained fame from railroading day-care workers and other targets into prison and keeping them there long after they were exonerated. One is Martha Coakley, the former attorney general of Massachusetts. In 2000, the governor’s parole board voted to commute the sentence of Gerald Amirault (his mother and sister had been released earlier), noting the lack of evidence against the family and the “extraordinary if not bizarre allegations” on which they had been convicted. Ms. Coakley, then the Middlesex County district attorney, nonetheless prevailed on Gov. Jane Swift to keep him in prison. He was finally released in 2004, but Ms. Coakley did her best to make sure that he lives as a registered sex offender. Given “the frequency with which judges and appeals courts attributed the wrongful convictions to clear instances of investigative and prosecutorial overreach,” writes Mr. Beck, “one might have expected more people to lose their jobs.” They didn’t. Most were rewarded with promotions, political office or judgeships.

I'll note that RAW's essay records a McMartin prosecutor who behaved differently. RAW writes, "Fate of the original prosecutor, Glen Stevens: He became convinced of the innocence of both defendants and resigned, now sells real estate." RAW gets the name a little bit wrong — but Glenn Stevens is now a well-regarded real estate attorney in Beverley Hills.

Carol Tavris is good. She said, "Books about gender similarities do not sell."

The Holocaust was a shared experience, a communal one, the memory of which a lot of people have worked to keep alive and in awareness. Much abuse works precisely because it's hidden and the victim feels they can't tell anyone, either because of shame or threat. Not denying that therapists are responsible for some claims of abuse, and equally not convinced by Wilson's take.