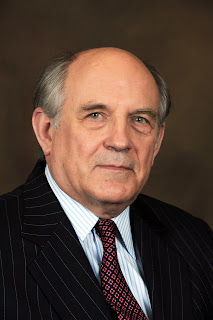 Charles Murray, who wrote a book on his basic income guarantee plan

While it hasn't been a major issue in the U.S., the idea of replacing the welfare system with a basic income guarantee apparently is being seriously discussed in Europe. As I've written before, Robert Anton Wilson is among those who suggested that it would be a good idea.

In Finland, for example, the various political parties are talking about it, according to this article in the Helsinki Times.  Excerpt:

If some  people have their way, you might soon be receiving a monthly payment from the State of Finland. You won't have to apply for it or prove that you need it. In fact, it doesn't matter if you are destitute or a billionaire. Simply by living in Finland you would be eligible. This is the so-called basic income.

The basic income is designed to be paid to every person, regardless of need. In its pure form it would be enough for anyone to live frugally. With a basic income all other transfer payments would cease. There would be no more child allowances, student stipends, unemployment benefits, housing assistance, disability payments or pensions. All such programmes would be unnecessary, because every person would automatically receive enough to cover basic living expenses.

I also found another article offering background on the Finnish situation.

Meanwhile, Switzerland is apparently going to have a national referendum in 2016 on a basic income guarantee proposal.

Earlier this year, I wrote about Charles Murray's In Our Hands, his book about the basic income guarantee.
on August 28, 2015