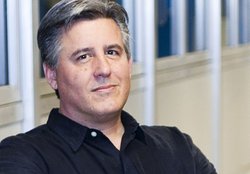 Yesterday's posting on the Hugo awards reminded me that I had forgotten to post about this year's Prometheus Award, given by the Libertarian Futurist Society. I regret forgetting to do that, because Influx by Daniel Suarez is a really good technological thriller that deserves to get some publicity.

Here's a summary from the official press release:

Influx, the fourth techno-thriller by Daniel Suarez (Dutton Adult, Feb. 20, 2014), dramatizes the evils of totalitarian government control over people’s lives by depicting a government so concerned about politically destabilizing and potentially dangerous innovations that it creates the Bureau of Technology Control to manage the introduction of new technologies. Inventors who don't follow their edicts are sentenced to a high-tech prison with fiendishly oppressive use of new technology. To end the impending new dark age, the prisoners must fight ruthless individuals already living in our future and armed with mind-blowing genetic technology.

I'll just add that if you are looking for a thoroughly entertaining thriller that also has substance, your search ends here.

As a member of the LFS, I'm pleased to give Suarez some recognition, because his previous finalist, Kill Decision, also was a really good book. I need to get around to his other books. (His books are available as audiobooks, the way I consumed them, as well as in print).

The other finalists this year for the Prometheus Award were The Three-Body Problem, by Liu Cixin (TOR Books), Raising Steam, by Terry Pratchett (Knopf Doubleday)  and A Better World, by Marcus Sakey (Amazon, Thomas & Mercer.) All of them are good books, and as I noted yesterday, the Liu Cixin novel just won the Hugo.